The prolonged winter weather in Italy in the first quarter of 2018 reduced the demand for machinery and equipment for gardening and the maintenance of greenery. Comagarden, the manufacturers association, expects to see the recovery of sales over the year thanks to bonus tax breaks for restructuring gardens and green areas. In the meantime, preparations are moving ahead for EIMA Green, the salon on gardening scheduled for next November 7 to 11 in Bologna for 270 specialized industries 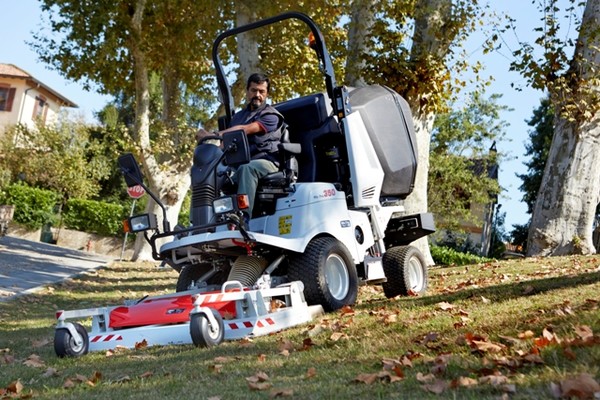 The weather trend had a negative impact on the market of machinery and equipment for gardening and groundskeeping. Following exceptionally high temperatures in 2017 and a sharp drop in rainfall lowered the growth of the vegetation of plants to hold the machinery market down to 2016 levels and led on to a decline of sales in the first quarter of 2018. In this case, the cause was not due to prolonged dry spells hindering the development of vegetation in gardens, parks and stands of trees but to a lengthy run of winter weather with bouts of freezing weather and snow as late as March which retarded flowering and put off the purchase of specific machinery and equipment. The 2017 balance sheet for sales, based on data elaborated by the Comagarden manufacturers association and statistics compiled by Morgan, reported in Milan at a Comagarden press conference held on May 4th, disclosed a 0.6% decline under the previous year with 1,220,632 units sold in all categories, from self-propelled machines to simple gardening tools. Aside from the complete data, generally in line with that for the previous year, the types of products associated with the maintenance of parks and gardens showed a diversified trend: mowers were down by 4.5% with 267,197 units sold; brushcutters off by 3.1% at 248,460 units; trimmers and chainsaws lowered by 2.2% with 54,022 units and down by 1,5% at 340,007 units respectively. Lawn tractors and robotic mowers came out on the positive side, up by 7.3% and 18.5% respectively. Other types of machinery, items for cleaning urban areas or the maintenance of highway verges showed substantial increases: leaf blowers were up by 15.9% and snow clearance machines gained 29.1% while pole pruning equipment rose by 46.9%. In this 2017 setting, the European market advanced by 4.1% with some 19 million units of machinery and equipment sold, according to the European Garden Machinery Federation, EGMF. As regards the delay of the arrival of spring weather in the first quarter of this year, Comagarden/Morgan predict a serious downturn of sales by 11.1% on average for all types of machinery, an 11.9% drop for mowers, chainsaws off by 6.6%, brush cutters declining by 16.7%, and trimmers down by 29.3%. Hedge trimmers are expected to fall by 20.1% and lawn tractors lowered by 22.4% and then a plus 20% for leaf blowers and vacuums.

Sales in 2017 as well as in 2018 have confirmed the recent Italian market upward trend for battery powered equipment as well as robotic mowers similar to the earlier European market trend over the past years. In fact, the battery powered machines market has grown 30.6% on the continent in 2016 and by 26.8% in 2017 while the robotic mower market has surged by 38% in 2016 and 36.5% in 2017.

Variable weather conditions outlined at the press conference also carried impact on the UK market, down by 4.1% in 2017 due to high temperatures and a lack of rainfall, in the United States, sales dipped by 2% in 2017 due to fire and tornado damages. Comagarden President Franco Novello told the press conference, “Other than climatic factors, also general economic conditions and the policies enacted by a number of governments have also weighed in substantially on the machinery sector for gardening and the maintenance of greenery.” The trend of a sector like manufacturing associated with creating and the maintenance of green areas, of sports grounds require increasingly greater quality standards which can influence the market for professional machinery as well as the more or less favorable economic trend setting up the willingness of hobbyists and enthusiasts to invest. Novello went on to say, “Of new interest for the Italian market is the green bonus launched by the government in the 2018 budget to provide, strung out over time, a 36% tax break for the cost of groundskeeping and setting up terraces, gardens, condominium areas and historic parks and this can become a good route for the recovery of investments in the mechanization of the sector.” The EIMA Green Salon coming up in Bologna within the EIMA International agricultural machinery exposition set for November 7 to 11 will be the first big appointment for the gardening sector for monitoring the market, learning about advanced technologies and verifying the needs and expectations of the various end-users. The salon will host 270 manufacturers of specific machinery and equipment for gardening and groundskeeping in three pavilions in the Bologna trade fair grounds where it will be possible to exhibit ranges of new products. Also planned are conferences and seminars on technical issues and the cultural side of creating and maintaining green areas. Concluding his remarks, Novello said, “For new architectural and urban trends, green areas are no longer conceived of as oases on their own but as totally integrated in the urban landscape which, for the gardening industry, a very genuine laboratory designed to create technology at the level of new requirements.” 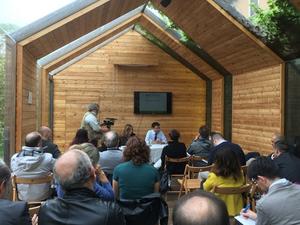