The drivers that push the country’s growth are solid, and the number of tractors sold in 2018 is unparalleled. However, the formula for the development of industrial relations in the agricultural mechanics sector is not so much the export of finished products as the joint venture and the creation of local production facilities, in close contact with the realities of the various territories 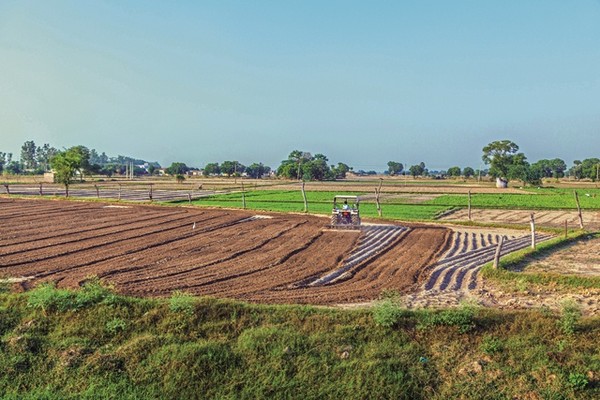 It was towards the end of the 1990s that India began to attract the attention of Italian agricultural machinery manufacturers, who seized the opportunities offered by a country that was certainly growing and with enormous potential. Among other things, the agricultural sector represented an important piece of this growth, and very quickly they realized that it is not a simple commercial outlet for the export of agricultural machinery. The Indian Government is not interested in encouraging the pure and simple importation of European machines, but rather to promote local production. Very soon the first factories were established, and in addition to production, Research & Development became increasingly active and strategic. Over the years, many Italian manufacturers opted to expand their Indian business, so that there are many examples of companies that chose to expand their production sites, and increase and diversify production. For a couple of years now there has been a rapprochement between India and the European Union also at the political level. Focusing in particular on Italy, the two countries have very good relations, because both have grasped the opportunity for gaining strength generated by cooperation: an opportunity to develop new partnerships and renewed networking for both. In this regard, India is aware of the Italian know-how it has gained in certain sectors, including agricultural mechanization. It is therefore particularly interested in increasing the Italian presence for at least two reasons: because it tends to allow production with the same quality standards as Europe - which is certainly helping to raise and spread technological innovation in the Indian agricultural sector - and because the factories represent an interesting employment opportunity for local people. For these reasons, Italian manufacturers in India enjoy a good reputation and are well integrated in the production fabric, so that the Italian brands have become a point of reference in Indian agricultural mechanization. Also for Italian companies, India represents a very interesting growth opportunity, as it has great potential based on solid drivers, such as population growth, the significant rate of GDP growth, and the increase in demand for industrial goods. Furthermore, as far as the agricultural sector is concerned, we should not forget that we are talking about the largest milk producer in the world, of the second producer of fruit and vegetables, and a country where there are 20 agro-climatic regions, as well as a variety of unique soil types. Not surprisingly, for some, India has even become the first reference market. But let’s see the details.

As we know, India is in the spotlight right now, because it certainly has a unique growth potential in the world, especially in some sectors, first and foremost hi-tech. Furthermore, the Indian government is working to outline structural plans in the energy sector (also from a green perspective) and in infrastructure, all with the dual objective of increasing GDP and creating millions of jobs at the same time. However, the agricultural front requires its own reasoning. Certainly the agricultural sector is one of the most important sectors of the market since it not only plays an important part in the formation of GDP, but welcomes an important slice of the Indian workforce: just think that in the Maharashtra region one Indian out of two is a farmer. For some time now the government authorities have been paying more attention to the agricultural sector, and this suggests a future full of growth: agricultural exports from India (spices, cotton, fresh fruit and vegetables, sugar, coffee, peanuts, oily seed flour) are on the rise, so much so that some estimates say that the Government aims to reach a value of 100 billion dollars by 2022-23.

Focusing our attention on agricultural mechanization, the numbers speak for themselves: the Indian tractor market has established itself as the most consistent market in terms of units, so much so that in 2018, 800 thousand units were sold, which means almost four times those sold in the United States, and over four times those in Europe. To grasp even better the scale of the figures, just think that in China, the second country in the world for absorbed units, around 360 thousand tractors were sold, also in 2018. As for 2019, in the first six months of the year tractors sale totalled about 390 thousand units - about 10 percent less than in the same period 2018 - and it is expected that the year will close with a reduction of registrations compared to the previous year. In any case, a level close to 800 thousand units should be maintained. In terms of power and overall quality of the machines sold, the Indian market remains below Western standards, where the economic value purchased machines is higher. However, things appear to be changing in this respect, thanks also to the presence of Italian manufacturers and the industrial partnerships that have become consolidated over time. These result in fast growth in the technological level of “made in India” products.

Italy-India, the formulas for cooperation

As witnessed by the Italian manufacturers who found themselves in India, about 90 percent of the machines produced in Indian plants are intended for the local market; what remains is exported to neighbouring countries. In this regard, some manufacturers have recently noticed the growth of new markets.  As for Italy/India trade, despite the good trade relations between the two countries, Italian exports are not considerable. The Indian Government has promoted the spread of machines and equipment resulting from joint ventures, partnerships, factories, i.e. formulas that promote local production. This explains, as we said at the beginning, the formation of the “district”. These numbers can clarify what has just been said: the imports of tractors, if we compare the period January-August 2018, with the same period this year, has decreased by more than 47 percent, and in any case it has never been high. As for exports, comparing the same periods, there is an increase of more than 56 percent. However, in terms of value, we are talking about around 440 thousand euros. The story is different for exports of mechanical parts, whose numbers are much higher, due to local assembly. In conclusion, considering the growth of India on several fronts, including the one in terms of innovation in the agricultural sector, it is foreseeable that the presence of Italian manufacturers in India is destined to grow. The manufacturers already in the country will expand, and new ones will likely arrive. 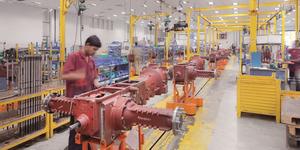 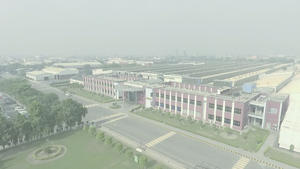