Indonesia: an arcipelago of opportunity

The Indonesia of today is a leading Southeast Asian economy and ranks sixteenth at the world level and is also the world's fourth largest country for population. With economic growth behind only those of China and India, a land with riches of raw materials, an increasingly stable democracy and economic policy focused on investments, this country is a reservoir of opportunity for Italian industry 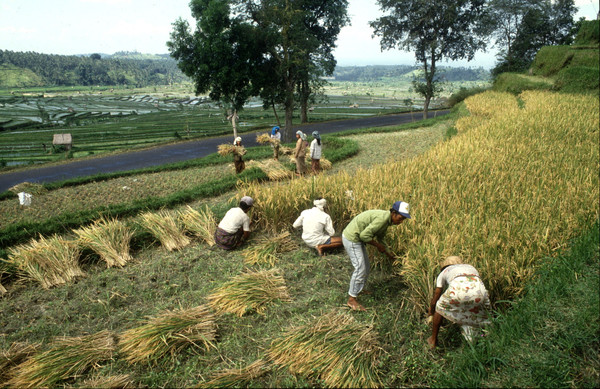 With a land area close to two million square kilometers and a populating of more than  253 million, the Republic of Indonesia is today Southeast Asia’s leading economy and stands at sixteenth in the world and fourth largest for population.

Over the span of a decade the Indonesian economy has experienced surprising growth, behind only China and India. This growth has resulted from stabilization of the political scene, the election of President Joko Widodo in July 2014 and the wealth of the country’s raw materials, especially timber, as well as the combination of increasing domestic and direct foreign investments accompanying increasing domestic demand. Indonesian GDP has climbed non-stop since 2004, even during the dark years of the global financial and economic crisis, to report annual gains of 6% from 2008 through 2012. On this basis, McKinsey&Company Ltd consultants in London estimate that by 2030 Indonesia will ranks seventh in the global economy to overtake Germany and the United Kingdom. Reaching this target is expected to be facilitated by the government program launched in 2011, the Indonesian Masterplan Acceleration and Expansion of Indonesian Economic Development 2011-2025 which flanks the previous Long Term National Plan and Medium Term National Development Plan.

The importance of agriculture

In sprite of this great rate of growth, the Indonesian economy still depends strongly on the primary sector. In fact, agriculture contributes in large measure to the sustenance of the population and accounts for 40% of the workforce.

Herein lies crucial importance for the Italian market while demand for specific machines is steadily increasing. Trade is being stepped up and Italian exports are becoming more and more relevant for the country. Not to be forgotten is that due to the embryonic state of Indonesian infrastructure exports of earthmoving machinery signals a strategic sector for this Italian industry. According to the Global Competitiveness Report 2010 - 2011, the Republic of Indonesia ranks down in ninetieth place for quality of infrastructure and is thus investing heavily in this field. So it is up to Italy to make suitable moves on this front for creating trade opportunities which are advantageous for both parties.  And one of the challenges for Italian industry is precisely that of agricultural mechanization for which the Asian country is showing promising and substantially growing demand. Though these Italian manufacturers turn out ranges of machinery and equipment capable of meeting the needs of Indonesian agriculture, to date the volume of Italian exports is still greatly limited to a value of only € 2.5 million for tractors and other agricultural machinery and € 4 million for earthmoving machinery.

The present historic moment is favorable for the development of a trade network. In fact, in spite of repercussions of the economic crisis still being felt, especially in Italy, the Indonesian government is leaning toward an increase in economic relations with Western countries though the bland opposition of the more fundamentalist Islamic segments of the population is creating a degree of slowdown.

Though Made in Italy products are not yet widespread in the country, exports came to € 1.2 billion in 2014 to create a growth trend of 93% since 2008. This gain is even more significant in consideration of the fact that that that year of crisis marked a downturn for most of the world’s major countries as well as the emerging economies. If Indonesia took less of a blow, this was due to the breadth of growth of the domestic market which insulated the economy from outside shocks. Moreover, participation in such organizations as APEC, ASEAN, OCI, UN and the G20 and free trade agreements with China, Japan, Australia, New Zealand, South Korea and India make the Indonesian market even more promising.

With the Master Plan Acceleration and Expansion of Indonesian Economic Development, the Indonesian government is certainly determined to target annual growth at 8% to reach a level of per capita income between 12,000 and 16,000 USD compared to 3,600 USD in 2013. At this rate, more than 90 million Indonesians will join the global consumer class. The government program provides for investments of 468 billion USD and maps out six economic corridors, that is, six specialized economic vocations for the major Indonesian islands. Sumatra and Sulawesi are named for the agricultural sector and Sumatra, Kalimantan and Papua-Maluk for mining and natural resources.

Among the guidelines for activities, for the main one the Indonesian government is aiming for value added, efficiency for the distribution network, the ability of the production sector to access and utilize natural resources and human capital with the creation of new economic activities. For the second one, the government is planning to make production more efficient and improve marketing and the integration of markets on the single islands for strengthening the national economy overall. A third objective is aimed at strengthening sustainable global competition with an economy based on innovation.

Though this program is undoubtedly ambitious, once put into practice it could substantially improve trade between Italy and Indonesia. Moreover, a positive trend for this trade can already be reported. Italy is, in fact, Indonesia’s third trading partner among the Member States of the European Union, ranks second for exports and is the country’s sixteenth supplier globally. Over the past five years, Italian exports have risen annually by an average of 15% with the value of these exports reaching € 1.19 billion in 2014.

Also Italy has numerous projects for development in Indonesia (Integrated Development Environment) which have reached the quota of 131 over the past five years for a total value of investments of 114.1 million USD.

From the other side, Indonesia supplies Italy mainly with raw materials and chemical products, with exceptions for the manufacturing sector. The top ten Indonesian exports to Italy in order of their ranking are palm oil, coal, polyacetal, footwear, natural rubber, coffee beans, mollusks, yarn, luggage and lead.

ICE Reprint reports that there are 61 offices in Indonesia representing Italian companies and that all of them disclosed plans in 2013 to expand their activities in light of the strongly positive image these companies have created in the country. According to a Des Alwi study, the most attractive sectors for investing in Indonesia are in infrastructure, agriculture, energy and the manufacturing industries. The main areas for agricultural machinery and equipment are said to be for the production of palm oil, sugar cane, tea, coffee beans, chocolate and tobacco.

There are many reasons for investing in Indonesia. The first are new norms providing incentives for increasing the flow of foreign capital and the activities of small and medium size enterprises. Moreover, there is the sound trend of the entire Asian continent which obviously includes the Indonesian economy which also features a young population with an average age of 28 years, a positive consideration as regards consumption as well as a qualified and relatively low-cost workforce. Furthermore, most rating agencies are gradually upgrading Indonesian sovereign debt to the point that Credit Market Analysis Ltd. in London recently removed the country’s sovereign bonds from the list of the most risk. Indonesia has also risen ten places, to 44th, on the World Economic Forum Competitiveness Index.

Even those who might, at first glance, cite such problems as infrastructure shortcomings should consider transforming them into opportunities in a sector for attracting greater investment and increasing exports. Obviously there is no shortage of real risks involved, such as volatile inflation, a high level of corruption, high costs of transport, great distance and cultural and geographic differences between Indonesia and Italy and, especially, rigid regulatory measures which hinder the participation of a foreign limited responsibility company and the presence of a few consolidated oligopolies. The country is, however, demonstrating its serious commitment internationally as shown in the past with the 2009 signing of a Partnership and Cooperation Agreement with the European Union for regulating cooperation in such areas of shared interest as commerce and investments, the environment, education, human rights and democracy. Then, in consideration of the fact that farming is the most widespread activity in Indonesia, it is easy to understand that the country can well be a strategic market for manufacturers of agricultural machinery and equipment for exports as well as for decentralization prospects for manufacturing in the country based on the low cost of manpower and investments in local know-how. Through adequate promotion and the development of strategic partnerships Italy could create a flourishing market in Indonesia.

An opportunity for Italy

Investing in Indonesia could come as a strategic move for Italian industry. With GDP which could overtake Italy’s in less then twenty years and an economy aimed at reaching seventh place in world standings by the middle of the century, a very promising market is up for consideration.

There will, of course, be difficulties ranging from the fragmentation of the country’s configuration of islands, regulatory obstacles, customs and technical barriers and the cultural and geographic distance from Italy.

However, political stabilization, industrial development and the privatization process pursued in recent years alongside the availability of natural resources and a qualified and low-cost workforce makes Indonesia increasingly attractive for foreign direct investments.

It is now the duty of Italy to become capable of taking advantage of the opportunities displayed by this country.

The global challenges of agricultural mechanization

Tractors: uncertainty for the world market 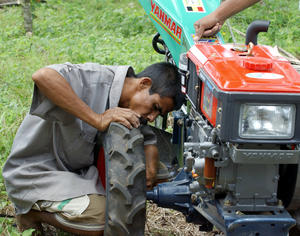 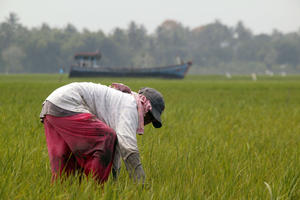 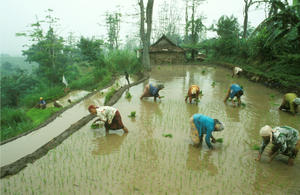