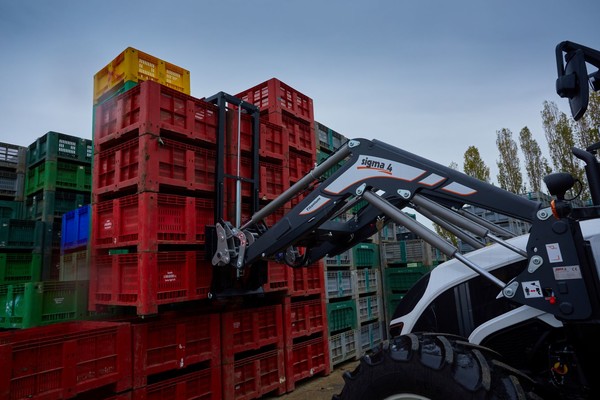 Changing of the guard at the helm of Sigma 4, a company from Romagna (based in Russi, near Faenza) specialized in the production of front loaders and agricultural equipment.  The Morra family, already owner of the Argo Tractors brand, took over from Gallignani in the management of the company, which now aims to strengthen its position on the Italian and foreign markets (today the company is present in more than 50 countries). Morra took over from Gallignani in the spring of last year, but was made official in November, on the eve of EIMA Digital Preview. According to what Mondo Macchina has learned, there are no plans for a merger between Argo Tractors and Sigma 4. Indeed, the Morra family is very dedicated to the independence of the Romagna company and its potential in serving and interfacing - through its products - with almost all the tractor brands on the market. "We are ready for a further change of pace. Despite the terrible period we are experiencing at a global level due to the health emergency, we are reacting with strength and determination", commented the sole director of the Romagna company, Alberto Tavani, setting the market targets for the coming months. The goal outlined by Tavani, who plans to double production by the first half of 2021, is undoubtedly ambitious, but still within the reach of the Russi-based company. "These numbers - added Tavani - are achievable not only thanks to the reliability and flexibility of our services and products, increasingly at the cutting edge of technology, but also thanks to growing investments in research and development, with a targeted design capable of responding in a timely fashion to the needs of the agricultural world". After all, this is the strategy that over the years has allowed the Romagna company to retain its customers and which in recent months, as clarified by the sole director himself, has received new impetus from the change of ownership. From a strictly productive point of view, the core business of Sigma 4 will continue to be always focused on front loaders, with a range of products characterized by different levelling systems - manual, mechanical and hydraulic - and by high added value technological solutions such as, for example, the tractor quick coupling and uncoupling device or the fixed sides “tailor-made” for each tractor model. But the front loaders are not the only flagship of the company, whose catalogue also boasts dozer blades for crawler tractors, graders, fixed and movable backhoes. There is no shortage of terminal implements, with a wide range of professional buckets and forks also equipped with hydraulic functions, capable of satisfying all the production needs of a farm. 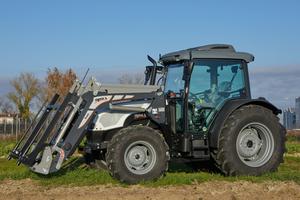 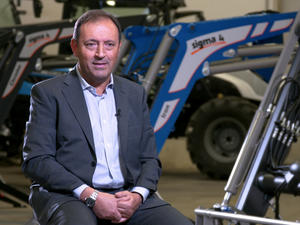