The turnover of spare parts amounts, only in Italy, to 700 million euros (the third in Europe), and is divided between the official sales network and multi-brand companies. Web circuits are taking on a growing role in the spare parts sales and management system 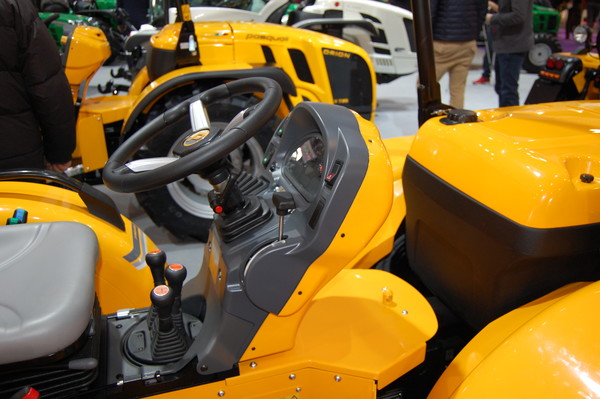 At the European level, the agricultural spare parts sector is worth over three billion, and Italy plays a doubly strategic role. On the one hand as a sales place, being the third most important market immediately behind Germany and France, and on the other as a producing country, thanks to the leading role we have carved out in the world of components. A role that, moreover, gives further prestige to an event like Eima, rightly considered by the spare parts dealers the reference fair, even more than Agritechnica.

However, it is now reductive to speak generically of “spare parts” since this sector has differentiated over time by nature, origin, quality and relative importance of the products. To exaggerate, both the Xenon lamp for the tractor light and an entire front suspension bridge are defined as spare parts. Therefore, it is worth looking with a little more attention to what lies behind this denomination.

Starting, just to frame the question, from the national placement in Europe.

We have already stated that: we are the third place in sales, as far as value is concerned. Approximately 700 million euros per year. We are preceded by France and Germany, which are also - and it is not a coincidence - the largest agricultural producers in Europe. In fact, it is logical that the countries in which the primary sector is most developed are also those in which more spare parts are sold. Logical but not obvious. Great Britain, for example, despite having an agricultural turnover of 30 billion euros (almost half of Italy and Spain, 55 and 50 billion respectively), is, in fact, the fourth country in terms of spare parts. It is therefore legitimate to suppose that, in addition to the value of agriculture as a whole, other factors influence, such as, for example, the average age of the machinery.

As you can easily imagine, the higher the number of old tractors, the more parts will be needed. Both because old tractors break more easily, and because new ones, for at least a year, do not require maintenance, except in marginal parts. Italy, which as we all know has quite old machinery, to that extent, is favored. It is no coincidence, in fact, that the main international spare parts groups - one for all, Kramp - are investing in our country, both with the creation of warehouses and sales networks and with the acquisition of national brands of the sector.

The 700 million - approximate - representing the Italian market as a whole, are to be divided into unequal parts: a part equal to 60-65% goes to the circuit of official spare parts, the one composed by the manufacturers and their dealerships, while a part around 35-40% is absorbed by the spare parts dealers, or by those realities that sell products compatible with various brands.  The latter is an extremely varied sector and, as for our country, diversified. Here are, in fact, large international groups - such as the aforementioned Kramp, but also Granit and Sparex - and then Italian big names like Ama and, with lower shares, Cermag and Saba Agriservice, which are also in the first places for total turnover. While in the rest of Europe the offer would be exhausted in these three categories - namely official and multi-brand networks divided into big European and national ones - here the matter is a bit more complicated due to the presence of regional companies, and also of small or very small realities little more than of provincial level. These are active companies that it would be a mistake to neglect, also considering their considerable importance in specific local situations. This fragmentation is coupled with that of agriculture as a whole which, evidently, is one of the distinctive features of this sector in our country.

Another thing - which also explains, at least in part, what was reported above - is Italy’s role in the production of spare parts and components in general.  As is well known, the Italian components sector is first-rate, both from a quantitative point of view - 2.7 billion in turnover in 2018 of which about 65% in export - and from its quality, because of the value of our mechanics and hydraulics is recognized worldwide.  The presence of such a large number of companies that produce components is also a justification, at least partial, for the equally high number of parts sellers, given that the variety of the offer stimulates the birth of companies dedicated to marketing.  Finally, various component suppliers sell spare parts under their own name, as well as supplying OEM and original spare parts to the main agricultural machinery manufacturers.

The role of the network

We will complete the picture with a last and certainly significant element:  the role of the online market has grown steadily in recent years, to become, for some retailers, the main distribution channel. On the Net you can find everything, from the official spare part to the bad quality one, coming from who knows where. Obviously, finding your way around is not easy, especially because you cannot always identify the country from which the various offers come from.

Also in this case, as for traditional retailers, the rule is to rely on well-known names able to provide reliability credentials, since excessive savings can lead to the purchase of poor material that could cause major damage to the machinery on which it is installed. The great advantage of online sales, in addition to the possibility of obtaining affordable prices, is access to a potentially endless market where you can really find everything. The counterpart is the depersonalization of the relationship, that is the difficulty that can arise, in the most complex cases, from having to deal with an automated system instead of a referent in the flesh, who,  when prepared, is able to help the customer find the right piece and also provide assembly advice. For example, on the need to buy reductions, adapters of various types and the like.

However, a good portal can solve even very complex situations. “The search engine is important, especially when the initial reference of the component is not known. In this case, algorithms and trans-codes make the difference” explains Rafael Massei managing director of Kramp Italia, a company that makes 95% of the turnover on the web and is part of an international 900 million budget group. The second weapon to win the spare parts race, explains Massei, is delivery speed.  Ensuring the arrival of the piece within 24 hours is important, but it is even more so the time-limit within which to place the order to receive the package already the following day”. Timeliness, more than the price, makes the difference. 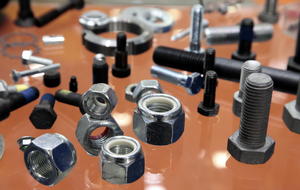 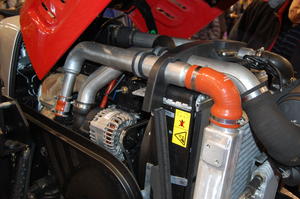 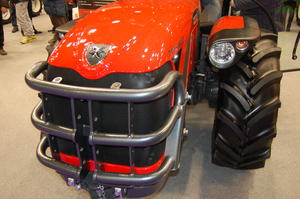