Growing needs for transporting products have led to a significant modernization of trailers, particularly in terms of safety and driving comfort. Braking, steering, and suspension technology have made significant technological progress 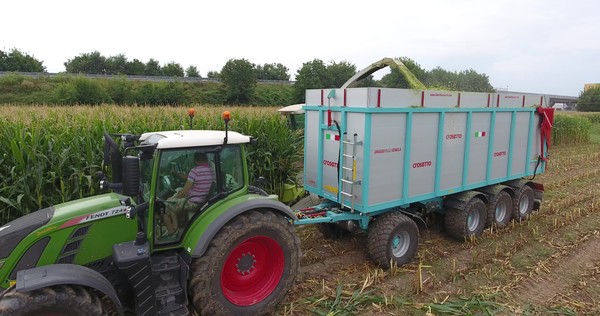 Quickly and well. In today's agriculture, the transport of materials for the production of raw materials and foodstuffs has often played a key role in maintaining the quality of products, for the overall efficiency of the supply chain, and also to overcome, as soon as possible, the oddities of an increasingly unpredictable climate.

The need to transport high quantities of materials in an ever shorter time (and therefore at ever higher speeds) has led to a significant evolution of the agricultural trailer, despite a road network that has remained substantially unchanged over the last few decades.

Brakes, steering, suspension, tires, and even construction materials, hooking systems, loading, and unloading modes: no device, element, or function has not been revolutionized.

Those who still have the old agricultural "wagon" in mind will have to reconsider: today's trailers are extremely high-tech. Below is a brief overview, which does not claim exhaustive, given the complexity of construction and performance characterizing modern trailers.

That it is essential to drive on roads open to traffic with a trailer equipped with brakes is self-evident. Less obvious is the existence (and correct operation) of an efficient, reliable braking system working in synergy with the tractor to which the trailer is connected. While ABS is now a reality also for trailers, New Holland has, for some time now, improved the stopping performance of the tractor-trailer yard, especially for high capacity vehicles, by introducing Intelligent Trailer Braking (ITB) on its high power ranges. This is an innovative solution (already winner of a silver medal at Agritechnica), improving the tractor-trailer stability during deceleration on surfaces with low grip. The ITB ensures that the amount of deceleration between tractor and trailer is already balanced when the driver reduces speed by acting only on the tractor transmission, without applying the service brakes. In this way, the danger created when only the transmission and the engine brake are used to slow down is avoided, since in this case, the inertial momentum of the trailer pushes the tractor, causing instability to the whole.

Increasing the capacity often means increasing the size of the trailer. Having to comply with exact limits in width (due to road restrictions) and height (due to bridges, viaducts, and underpasses), these vehicles have developed over time mainly in length. This has led to the need to progressively improve their maneuverability through the adoption of steering axles. Moreover, with this innovation, the tires are less and more evenly worn because of the reduced creep during steering, with positive effects also on fuel consumption. Further advantages are also noticeable on mixed routes, where the steering can be more precise and safe at the same time.

One of the significant technological challenges in this field is the wheels' realignment at the end of steering; in this case, an additional hydraulic cylinder can be installed, which automatically operates when wheel alignment is problematic, for example, when exiting a corner.

The "All in One" axle developed by ADR axles in Uboldo (VA) is an excellent example of how different problems can be solved. This model combines the lightness of self-steering with the versatility of controlled steering.

The trailers fitting it can be coupled to any tractor, as the electrical connection and hydraulic power supply are enough for the control unit. Basically, in forward gear, the "All in one" behaves like a self-steering axle through a dedicated sensor detecting the direction of rotation of the wheel by activating the hydraulic cylinders that control the steering articulations. Conversely, in reverse, and generally for maneuvering in confined spaces, the system prepares the axle for controlled steering. Moreover, the increasing cruising speed in agricultural transports often involves the neutralization of the self-steering axle; this is provided by the electronic control unit of the All in one when reaching a preset speed.

The suspension often derives from the automotive sector for heavy transport and is an increasingly frequent feature also on agricultural trailers. A beneficial development for driving comfort and driving safety, with better control of the tractor/trailer combination, more than tangible, especially on uneven surfaces and at increasing speeds.

From the design point of view, there has been a rapid expansion of the typologies: to the classic mechanical leaf spring suspensions, which are still very much adopted today, hydraulic suspensions have been added, based on the application of hydraulic cylinders integrated with nitrogen accumulators for better absorption of the load peaks, up to the modern air "springs", made up of strong rubber containers, in which air is the bearing for the damping of the oscillations.

More specifically, mechanical suspensions are the simplest and least expensive. They practically use the well-known crossbows, which vary in the foils' number and width, to cushion the jolts caused by walking on uneven ground. The assembly methods to the chassis of the vehicle vary according to the technical characteristics of the trailer: The bogie is a kind of suspension oscillating in the direction of travel, suitable for heavy loads and on particularly difficult terrain, while the "tandem" and the "tridem" are ideal for two- and three-axle dumpers, where the crossbows are connected in pairs with the extremities fixed to the rocker frame in the first case, and as a backhoe loader in the second.

Hydraulic suspensions are undoubtedly more advanced than mechanical ones and represent a more efficient (and expensive) solution, widely used on self-propelled machinery (tractors, harvesting machines, and the like), but also on high range trailers. They are composed of a hydraulic cylinder connected to a nitrogen accumulator with the function of a shock absorber of the load peaks: when the vehicle is shaken, the oil contained in the hydraulic cylinder causes a sudden increase in pressure to the nitrogen of the accumulator, which, thanks to the large compressibility of the gas, dampens the undesirable effects of the shock.

However, the most advanced suspension is undoubtedly the pneumatic one, which enhances the nitrogen accumulator working principle, because in this case, the active element is a robust container with airtight inside, made of rubber and canvas, of cylindrical shape. In fact, it can be assumed that the vehicle rests on a series of air bearings.

The evolution of the species: The Teknoax 2.0 of ADR axles

Thanks also to the economic support of a European project carried out within the Horizon 2020 program, Teknoax 2.0 has been developed, an "intelligent" axle combining interesting mechanical innovations with advanced digital solutions and a broad set of sensors, integrated by the possibility of communication between the control unit and a dedicated app, which then transmits the data to a platform specifically designed for this purpose. The system provides real-time monitoring of many functions, such as: active control of tire pressure, with the possibility of rapid adjustment according to the various operating conditions (field/road); load monitoring via load cell for safe travel and optimization of operating costs; measurement of working time and distance traveled, for the precise definition of routine maintenance intervals; the traceability of the single axle through RFID technology, with univocal identification to ease the extraordinary maintenance and possible repairs. 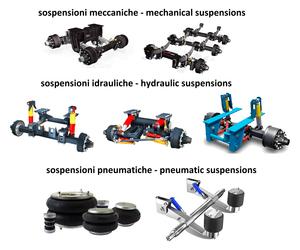 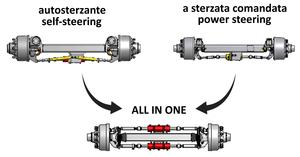 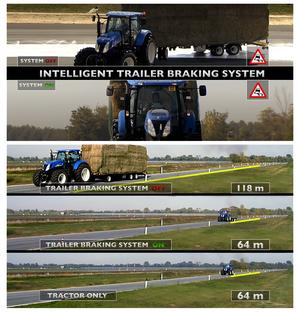 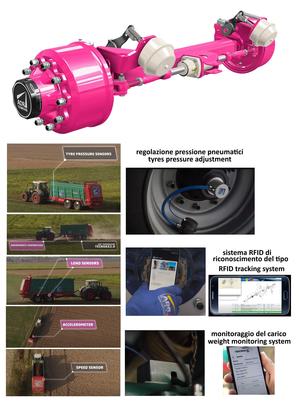 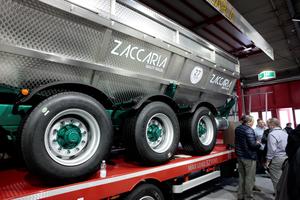 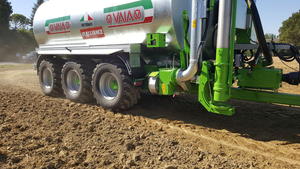