The decline in exports for tractors leads to a decline in "made in Italy" production, while it grows with regard to other types of machines, including incomplete tractors and parts of tractors. Turnover is at 7.9 billion euros (+1.5%), to which we must add an amount for components estimated at 2.7 billion and for gardening estimated at 800 million, for a total of about 11.4 billion euros. The Italian market accounts for 18,442 tractors, less than half of the sales of used vehicles 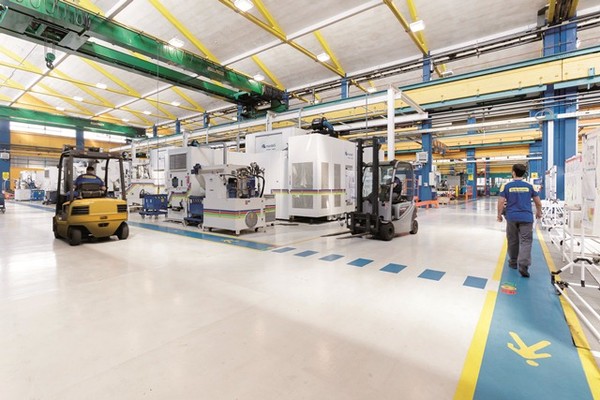 The decline in foreign demand for tractors, largely caused by the decline in the French market, is reflected in Italian exports, which in 2018 showed a drop compared to the previous year of 9.9% in terms of units (45,474 against 50,467 for 2017) and 9.3% in value (1,235 billion euros). Despite the downturn - explained FederUnacoma President Alessandro Malavolti during the General Assembly held in Varignana (BO) last June 27 - export volumes remain at good levels thanks to the positive trend of the US market, where sales for made in Italy tractors grow in value by 11.4%. Exports are also active in Spain (+7.4%), while Bulgaria is the country that records the most significant increase in Italian tractors (+27%, for around 39 million euros). The decline in exports directly affects Italian production; due to the fewer orders, it is down by 5.3% in number (56,240 machines compared to 59,362 in the previous year) and 6.3% in value (1.83 billion euros). The closing balance is different for incomplete tractors and parts of tractors, which are driven by an increase in exports and reach a value of 946 million euros, an increase of 6.3% compared to the previous year; and above all, by the good results achieved by the other types of machines (processing and equipment), which record an increase in exports (+3.4%) which pushes industrial production to a turnover of 5.16 billion euros with an increase of 3.7%. The data produced by the FederUnacoma Statistical Office indicates an Italian production value of 7.9 billion euros with a 1.5% growth, to which we must add the figures for the components and gardening sectors, which cannot be surveyed analytically, but are estimated to have a value of 2.7 billion and 800 million respectively. In total, the estimated value of Italian production is 11.4 billion euros. Of the Italian production of tractors, a minority share is sold in Italy itself, where the market absorbed 18,442 tractors in 2018, with a decrease of 18.8% compared to the previous year, a decrease due more to statistical mechanisms than the actual market trend (registrations in 2018 only appeared to decrease as a reflection of the anomalous peak that occurred at the end of 2017, when many manufacturers registered stock of machinery in stock, before the entry into force of the new rules on homologation - Mother Regulation - which would have made the models produced according to the old legislation no longer marketable). Still in the field of vehicles fitted with a licence plate, marked drops are recorded for tractors with a loading platform (multi-purpose off-road vehicles), which in 2018 show a deficit of 34.2%, at the rate of 634 units sold, a number far from the peak of 2017 (963 units with an increase of 24.7%). “The long-term trend indicates a constant downturn in the Italian market - explained the president of FederUnacoma Alessandro Malavolti - due to factors such as the reduction in the number of active farms and the progressive decline in agricultural incomes, and due to a large extent also to the weight of sales of used vehicles”. In recent years, sales of second-hand tractors have been more than double those of new ones (37,807 in 2018, with growth of 7.4% compared to the previous year). The trend remains unchanged once again this year, confirming that the sale of used vehicles crowds out new generation machines and contributes significantly to lowering the quality standards of our mechanical equipment fleet (the second-hand tractors purchased have a average age of twenty years). The figures referring to the first five months of the year see a quantity of 19,590 used tractors sold in Italy, with an increase compared to the same period of 2018 of 5.9%, a worrying figure if we consider that it exceeds by over a thousand machines the total registrations of new tractors registered in all of 2018.