The event promoted by the body representing companies and associations operating in the digital systems sector for agriculture was held in Bologna. The programme of technical meetings was very busy, as were the celebrations of the AEF ten-year anniversary, which offered an opportunity to draw some conclusions about the work done until now and for a look to the future, which is shaping up to be very stimulating and demanding

by Alessio Bolognesi
October - November 2018 | Back

Since then, the excitement has always been growing, never ebbing, while the activities and issues are multiplying every year, and AEF has never been so in step with the times.

It brings to mind modern teenagers who are “all social media” and technology, while the parents still struggle to send text messages.

The proof of how the activities at AEF are currently feverish and aimed at future technologies came from the recent autumn AEF Plugfest, held for the second time in Bologna, organized by FederUnacoma which, among other things, coordinates the AEF team that deals with organizing all the Plugfests, both for the European and North American editions.

Framed by the Hotel Savoia Regency in Bologna, from 17 to 21 September 2018, the AEF Plugfest generated once again record numbers, reflecting both the quality of the technical event and the participants’ appreciation of the location. The numbers speak clearly: 250 experts representing 51 companies divided their time between the tests of the latest ISOBUS technological solutions and the meeting of the technical working groups. And also: 43 server devices, 61 client devices, and 4 auxiliary devices, all combined to produce thousands of test pairs. It is no exaggeration to say that the entire ISOBUS machine and component manufacturers industry (i.e. a large part of the world industry of agricultural solutions manufacturers) put itself on the line for three days of testing and for an uninterrupted series of meetings and discussions in the technical groups.

During the three days dedicated to the functional checks we saw Universal Terminals, Task Controllers, File Servers, TECUs, and so on, while the Plugfest of Bologna also saw an important change taking place: for the first time, the AEF TIM Plugfest was held in parallel, hosting the test session dedicated to Tractor-Implement Management systems. TIM is a technology based on ISOBUS on which AEF is investing a lot. Let us remind you that TIM allows the tools - or in general the “clients” - to take control and manage some features of tractors such as direction, speed, PTO, auxiliary valves and lifter. If the advantages in terms of productivity and precision of such an innovation are clear and undeniable, it is important to note how the efforts of the dedicated AEF working group, PT5 - ISOBUS Automation, focused on solving the safety and legal responsibility problems that TIM implies. In addition to the functional behavior, the tests focused on checking the solutions devised to solve the problems mentioned above.

Then there were opportunities to learn more about specific topics, such as the seminar linked to the problems of the TIM tests and the issues of wireless in-field communication.

However, this Bologna Plugfest was not just a technical event: it was also a festive opportunity. At the beginning of this article we mentioned that AEF has existed since 2008, and in Bologna it was decided to celebrate its 10th anniversary.

It was a particularly important moment in which we tried to take stock of what has been done in 10 years and what will be achieved in the next few years. We tried to learn from our mistakes without hiding behind a finger, and to give ourselves a direction for the future with renewed vigour and courage.

If these first 10 years of AEF are full of great results, then the future holds even greater challenges, with machines that will talk to each other, act independently, exchange data and be interconnected with the rest of the world. It almost feels like talking about science fiction, but this is reality and we have it under our eyes every day more and more. Through a very successful opportunity for a gathering, in which over 80 people took part, the past, present and future of AEF were discussed, also through the eyes of those who saw it born and who now had to pass the baton to new resources able to breathe new energy and further innovations.

On Wednesday, September 19, the day designated for the anniversary event, a peak of 310 people was reached, the highest number ever for a Plugfest. Many of the original founders of AEF were invited to attend and speak, and they enthusiastically took the opportunity to take a flight to Bologna to attend and participate in the final evening accompanied by jazz music.

For the future, AEF hopes that more and more new manufacturers will get on board the ship, because today more than ever we must roll up our sleeves again and ferry the association and the world of agricultural solutions towards the future.

AEF Plugfest, between history and the future

Agriculture, the future is digital 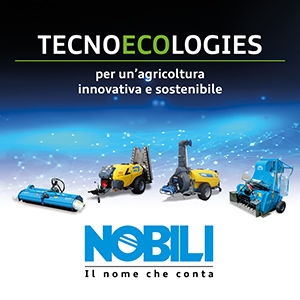