Agrilevante, a formula for success

An appointment with 2015 additions to the international exposition of technologies for agriculture and the agro-industry. Presenting the event, the presidents of the organizing entities and the Puglia Region commissioner for agriculture stressed the importance of the specialized review and the positive balance sheet for a trade fair which looks to the entire Mediterranean region and this year achieves a new record for area allocated and number of exhibitors 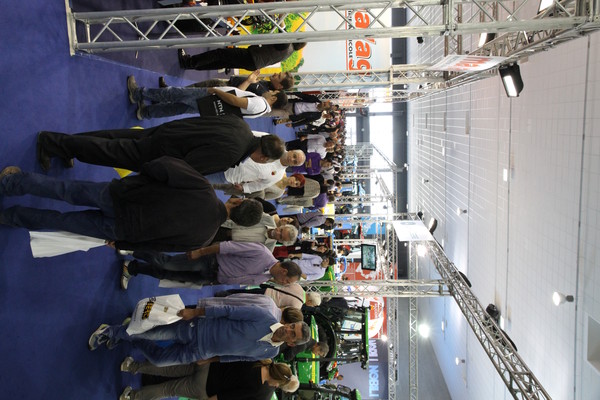 The Agrilevante exposition is platform ideal for the development of Mediterranean agriculture and the agro-industry. The international review of machinery and equipment and technologies for agricultural and agro-food supply chains is scheduled for October 15 through 18 at the Fiera ddel Levante trade fair center. The event has now reached an exposition scale and an international calibration to make of Agrilevante a point of reference for the south of Europe, the Balkans, the Middle East and North and Sub-Saharan Africa.

These were the features covered in the presentation of the exhibition September 17th in the Puglia Region area of the Fiera del Levante by the leading representatives of the two organizing entities, President of the Fiera Agency Ugo Patroni Griffi and the president of FederUnacoma, the Italian Agricultural Machinery Federation, Massimo Goldoni, with Puglia Region Commissioner for Agriculture Leonardo Di Gioia.

Opening the conference, Massimo Goldoni reported that data on the trade fair in steady growth since 2009. That edition was the first for which the trade fair agency was joined by FederUnacoma with the backing of the Puglia Region to mark the beginning of an exhibition area increase from 40,000 m² to 54,000 m² for the 2015 outing for a gain of 35%; the number of exhibitors moving from 210 in 2009 to 310 for the upcoming edition, up by 47%, and the number of visitors doubled from 25,000 in 2009 to nearly 50,000 in 2013 with expectations of a greater number this year.

In his statement, Goldoni affirmed, “Above all, for business people arriving from abroad and official delegations from countries around the Mediterranean area, the qualifying factors are the offers of technologies for all types of Mediterranean crops and for all models of agriculture. The 2015 edition will make it possible to monitor the Mediterranean market, which is formidable area of potential but, for a number of years recently, has been strongly conditioned by political instability.”

Presidente Patroni Griffi said the winning choice made by his fair agency was to separate the part of the trade fair dedicated to agriculture to make it into a strongly specialized independent event. He went on to explain, “You cannot put together a business-to-customer event and a business-to-business event, especially in the present trade fair panorama which favors the specialization of reviews. And the ever increasing attention on the evolution of market fairs, along with the important synergies created with the Bologna trade fair, will be the factor for the great development of the Bari-based agency.”

The trade fair event, also for professional business people, will be an indispensable time for establishing relations and gaining first-hand understandings of technological innovations. Commissioner Di Gioia noted that, “Even in the era of online communicatins and virtual reality the fair is maintaining its unequaled fascination due to the importance of the human factor in business relations. Our goal,” he added, “is in fact to turn Agrilevante into the key for opening development strategies for the agricultural economy of the region.”

With these considerations, the Agrilevante review is preparing for the experience of a lively edition of special importance to further confirm the review as not only a promotional and commercial event but also as a time for cultural and policy rethinking. Planned for the schedule are meetings on the issues of the Mediterranean economy, financing agriculture and the opportunities offered by bio-energy supply chains. 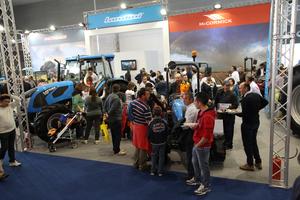