Eliminating wastes or limiting them to the utmost, optimizing the efficiency of production cycles, reducing recourse to fossil fuels to the minimum. These are the basics for the sustainable development of our planet. After five years of economic crisis the sectors of renewables and agriculture are sending out clear signals of economic vitality in the framework of widespread recession. In such a complicated economic setting, biomass is shaping up as a highly interesting resource capable of involving numerous areas in the agro-forestry, industrial and services sectors across the boards 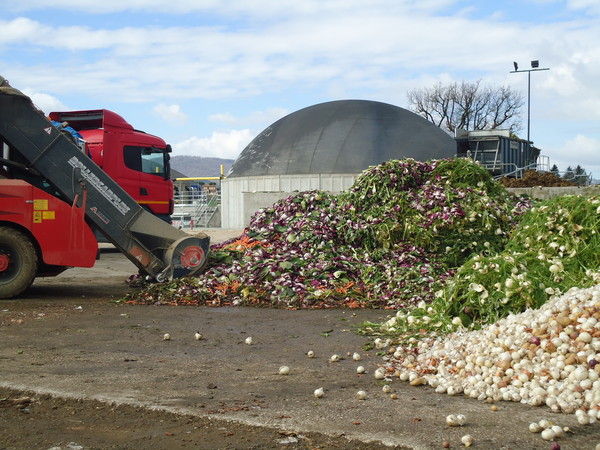 What happens increasingly often is having available data, statistics, estimates and projections which, according to the information channel distributing them, lead to totally divergent considerations. It is well known, for example, that a sure indicator of the well being of a country is provided by its gross domestic product which, in turn, is in direct proportion to the level of energy consumption. With a commonplace syllogism, a correlation could be found between quality of life and the massive use of energy. This said, perhaps valid from the financial point of view, I would not like to propose this for teaching in the schools. I would like, in fact, to have young people told clearly that the future of our planet has to be sought in sustainable development, thus with respect for the environment and the land, with the people who inhabit it and its characteristic resources. Eliminating wastes or limiting them as much as possible, optimizing the efficiency of production cycles and reducing recourse to fossil fuels to the minimum should be the criteria for limiting energy consumption with positive social and economic fallout. These are such simple and clear points which draw everyone into agreement in theory whereas in practice they require a commitment which is convincing, ongoing and prolonged to transform them into concrete action. In the search for a practical solution work must be done on the front of the mentality of people to spur them to responsibility and awareness or even illuminating conscience.

The need to reach an economic strategy in the short term which pays all due attention to saving the planet has been clearly has been taken up by two of the leading figures in the global panorama, the pope and the president of the United States; both are oriented toward an innovative vision for the way to work with a sharp break from the usual schemes.
In the early days of his reign, in fact. Pope Francis spoke out directly in the following prayer. "I would like to please ask everyone who holds roles of responsibility in the economic, political or social areas, all men and women of good will: we are the guardians of creation, the design of God inscribed in nature, guardians from above, the environment; let us not leave signs of destruction and death accompanying the journey of this our world!"
Moreover, in his second inaugural address following reelection, President Barak Obama gave great weight to environmental issues in declaring: "We will respond to the threat of climate change, knowing that the failure to do so would betray our children and future generations." Acknowledging the lukewarm position of the United States on international treaties in this area, he went on to say: "But America cannot resist this transition, we must lead it. We cannot cede to other nations the technology that will power new jobs and new industries, we must claim its promise. That's how we will maintain our economic vitality and our national treasure -- our forests and waterways, our crop lands and snow-capped peaks. That is how we will preserve our planet, commanded to our care by God."

After citing the words of the pope and the president of the United States of America, it is not difficult to get back to the opening issues seeing that, in other terms and from very different positions, they recall the ideas and warnings of many advocates of environmental and renewable sources associations. At this point, also giving consideration to the broad base of consensus among people on the environmental issue, it is natural to ask why are the now anachronistic economic-financial system paradigms are continuing and what is blocking innovation?

In this connection, the minister of justice recently spoke out in a frontal attack on big lobbies in Italy (all the world's a single stage) blocking reforms in the defense of their own interests to the detriment of the common good, saying that it is therefore up to the politicians to take positions which can no longer be put off to avoid a deadlock and to break through the obstacles created by lobbies and corporations.

Today, having reached the fifth year of an economic and financial crisis unprecedented for scale and reach, attention for new forms of enterprise initiatives is being focused on the national and foreign markets with increasing belief in those defined at green economies. Noted is that the sectors of renewables and agriculture are issuing clear signals of economic vitality in a framework of the difficult recession. An example is that according to an analysis performed by the Coldiretti Farmers Association, based on a Chamber of Commerce Excelsion report, which found that youth employment in agriculture has climbed by a record 9% in jobs for those under 35 years of age in spite of the negative repercussions on crops caused by bad weather and shrinking consumption.

Moreover, agriculture appears to be the sole sector showing a positive GDP trend, ahead 0.1%, and gains in employment, up 0.7%, running sharply against the trends in other sectors. Also keeping pace is the success of the agro-food sector in the choices of training with a substantial increase in the numbers of those registering in professional agricultural institutes, up 29%, in agrarian technical, agro-food and agro-industry institutes, ahead 13%, and the interest shown by members of the younger generation in work in the fields in place of aspirations for the so-called lifetime jobs which no longer guarantee lifetime employment.

In this connection also biomass is shaping up as an extremely interesting resource because of its heterogeneous materials, to begin with, the versatility of its end uses and its capability of involving many sectors in agro-forestry, industry and services across the board. The Italian manufacturing sector has been, and still is, a driving force in the nation's production system and ranks among the top five countries in quality and sales and behind only Germany in Europe. For maintaining this prestigious position, considerable effort must be brought to bear quickly for updating Italian industry through a series of modernizations which cannot leave out environmental, energy and social questions. This approach, capable of generating positive fallout for the nation's territory, will make it possible to access foreign markets, to aim at the internationalization of Made in Italy through the duality of sustainability and excellence. Thus biomass becomes pivotal not only on the bioenergy front but also for the industry of eco-compatible materials, green chemistry and the like.

In light of the availability of these resources, the degree of technological maturity reached and the orientation of many national enterprises, the major obstacles seen today lie in the lack of a far-reaching energy and industrial policy and scant willingness to pursue effective information and training activities. The shortage of clear indications on development has led to the proliferation of challenges against many initiatives which, though they are valid, arouse fears in the population and and block those who are prepared to assign authorization and financing for enterprises.
The solution for a correct approach to these questions taken up should be sought in greater stability in the political/regulatory framework of reference and involving the people. Itabia, the Italian Biomass Association, has directed most of its work to this front for: setting up numerous information and training activities in support of the biomass sector as well as broader collegial and specific projects; strengthening the role of this reference association among numerous subjects, in institutions, enterprise, associations and organizations, interested in the growth of bioenergy in Italy.

In conclusion, the persistence of the economic crisis has actually led to a steady decline in the demand for energy in Italy. According to the AIEE Observatory, Italian Association of Energy Economists, this drop came to 3.8% in the first four months of 2013 compared to the same January-April period in 2012. Within this trend among various primary sources, with fossil fuels showing a substantial decline, the balance of the renewables stayed positive with an increase of 19.8% over last year's figure.

Wishing to see the glass half full and hoping for a speeding close of the crisis, the evolution of renewable energy sources, RES, to the detriment of coal, oil and natural gas looks overall like a fully positive collateral effect. Some analysts in the sector, however, refer to a slight increase in national energy demand for fossil sources reporting, for example, signals of improvement in the month of April. They probably believe that overcoming the crisis will lead to a return to the status quo ante in analyzing the issues from a point of view which is no longer adequate for the current context and forgetting that "the problems can no longer be solved using the same mental schemes which generated them." With this thinking, the pope is showing that he is decidedly more modern, more contemporary than the world's economic experts and powers in interpreting the idea of more highly evolved progress in terms of ecology and essential values. It would be wonderful if this type of message reached everyone the appeal is intended for, obviously including the Italian political class.

The Itabia workshop Principles for sustainability in the use of biomass

The Città dell'Altra Economia (City of the Other Economy) in Rome hosted a workshop on July 9, 2013, organized by Itabia, an independent non-profit association created in 1985 to promote and spread the integrated use of biomass, for the purpose of heightening an understanding of the multiple eco-compatible uses of biomass through the contributions well known experts. Taken up in the reports delivered through to the closing debate were analyses of the major guidelines able to ensure the renewability of raw materials, the protection of sheltered areas, the integration of energy and non-energy uses of biomass, raising the value of local resources rather than importing them and the capacity of the agro-forestry sector to unite – with an eye on multifunctionality – food production and materials of value for industry and those for energy purposes.

All this must necessarily come about through an approach to production chains specifically modeled for the territory on which operations are planned without once ignoring correct information for the population involved. The initiative was a big success for the number of people taking part as well as for the level of discussion which was stimulating in spite of the dissemination of appeals on the web pointing to fears of a potential situation involving the risk of challenges. Itabia has always attempted to work on these issues with special attention for the environmental and social sustainability of bioenergy and is convinced that the organization of this forum has contributed to clarity; the association will follow up with work on information and training to respond to increasingly frequent requests from those looking for reliable knowledge and scientific support.

An understanding of the opportunities for growth, social and financial, offered by raising the value of biomass by setting up integrated production lines and worries that the incorrect use of vegetable products could undermine the balances of the entire planet must become the basis for any public or private intervention in the area of regulations as well as in enterprise. 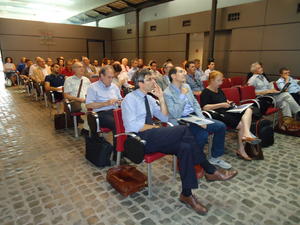