The first half of 2020 meets the forecasts and confirms the sharp stop of the Italian market. Major falls across all the main types of machinery; the downturn occurred mainly between March and May. Recovery is possible for the second half of the year, but the macroeconomic framework’s uncertainty weighs on the picture. EIMA Digital Preview, the first sector exhibition after Covid-19, will bridge the great kermesse in February

The market forecasts for the first half of 2020 have been confirmed, with the Italian agricultural machinery profoundly affected by the Covid-19 epidemic. According to data processed by FederUnacoma according to the registrations recorded at the Ministry of Transport, between January and June 2020, all the main categories of machinery registered - compared to the same period last year - a sharp drop in sales.

The primary decrease concerns the sale of tractors, which, in 2019, “lose” as many as 1,800 units.  In fact, between January and June 2020, 8,222 vehicles were registered compared to 10,024 in 2019, a decrease of 18%. For Italian agricultural mechanics, the new year had not started under the best expectations, since the first two months had recorded a slight drop in sales (-3.6% compared to the same period in 2019). However, the Covid-19 effect was particularly noticeable in the following quarter when, after the low reached in March (-34.4%) in line with the first closures of production activities, April and May recorded falls of more than 23%. The pandemic’s “long wave” continued in June, which, despite general reopening, was marked by a further decline in the market (-14.4%). The setback for the Italian agro-mechanical sector was greatly affected by the territorial spread of Covid-19. In fact, the pandemic developed from those regions - Lombardy, Piedmont, Veneto and Emilia Romagna - which are rightly considered the productive engine of agricultural mechanics and the beating heart of Italian agriculture.  In fact, 72% of all new national Coronavirus cases were concentrated in these four regions, which are crucial for the production and demand for agricultural machinery.

The decline in sales was not limited to the tractor sector. The first half of 2020 ends with an essential negative balance for agricultural trailers, combines, and tractors with a loading platform. The agricultural trailer business is particularly difficult, with sales down 22.6% compared to the first half of 2019, with 3,416 machines registered (4,412 in 2019).  April’s figures were very heavy, with a drop of 51.4%. The reduction is more limited, but still significant for combines and tractors with loading platforms. The former closed the half-year with a 10.2% decrease for a total of 142 vehicles sold, the latter with a decline of 11.5% for a total of 247 units. In the case of flatbed tractors, the Covid-19 caused a real reversal of the trend because 2020 had started under very different auspices, with steady growth in January and February. After the most acute phase of the emergency, growth resumed in June, thus limiting the liabilities for the six-month period.   On the other hand, telescopic handlers hold up well (-5.3%, for a negative balance of only 23 units compared to 2019). Again, the year started with a sprint (+20% in the first two months), followed by a mixed two-month period. But the six-month downturn was mainly driven by May with -36.5%.

Even foreign markets are in trouble

The pandemic has not merely affected the Italian market. In fact, Covid-19 has led to downward trends abroad, especially in Europe, where the pandemic hit earlier than in other countries. In fact, the April figures for the registration of agricultural tractors throughout the European continent show a significant drop in sales, equal to 21.5% compared to the same period last year. All the main countries are holding back, starting with the United Kingdom which, compared to April 2019, halved sales (-49.2%). Spain and France are also holding back, leaving 42% and 32% on the ground, respectively. Lower falls for Germany, whose trend faithfully represents the impact of Covid-19 on the agricultural mechanics sector. In fact, the German market had started 2020 with dynamism, with increases that in March (while Italy was at the height of the pandemic) even reached 30%. The scenario changed drastically in April with the progress of the epidemic (a couple of weeks later than in Italy), which led to an abrupt reversal of the trend. The month of April, in fact, marks a drop of 11.2% in the German agro-mechanical sector, which - according to initial indications - should be increased in May. In Europe no changes in the scenario are expected in the near future. According to a climate analysis conducted in June by Cema (the European Agricultural Machinery Manufacturers' Association), 57% of companies expressed a negative opinion on business performance, while 56% expected a decrease in turnover in the next six months. On the other hand, if the most severe phase of the crisis should now be overcome, the general economic scenario is still influenced by the unknowns linked to a possible resurgence of the pandemic and new lockdowns.

In such a scenario, the benefits of agricultural machinery and technology investment are strategic value for agricultural mechanics and agricultural activity overall. An example of this, just in these days, are the incentives of the ISI-Inail call for proposals, which allocates a good 65 million euros to micro and small enterprises investing in innovative mechanical means also from the safety point of view. But for a sector such as the agri-mechanical one, which is warming up its engines in view of a restart in the second half of the year, the sector’s exhibitions are even more strategic. These events are of great importance from a business point of view, as a result of meetings between manufacturers and operators in the sector and from an “experiential” perspective. The agricultural mechanics exhibitions are one of the most important channels, if not the main one, through which buyers have the opportunity to familiarize with the machines and the technological innovations presented by manufacturers: it is where farms come into contact for the first time with those mechanical means that they will then use in the fields.  And it is precisely because of the awareness of the critical role played by trade fairs, that FederUnacoma, in the emergency situation caused by the new Coronavirus, has provided new dates for EIMA International (Bologna, from 3 to 7 February 2021) but without giving up the traditional biennial appointment in November. In fact, from 11 to 15 November, the “EIMA Digital Preview” will be held in the virtual space of the network, the first exhibition of agricultural machinery in the world entirely mediated with digital platforms and technologies. Designed as a bridge to the physical exhibition next February, “EIMA Digital Preview will be officially presented to the press and exhibiting companies on 23 July in Bologna. “The supply chain of agriculture and applied mechanics urgently need to resume activity, because there is great interest in technological innovations and great need, especially after the severe emergency of the virus, to restore energy and competitiveness to the primary economy,” explains FederUnacoma’s president, Alessandro Malavolti.  “We believe that the combination of the virtual event and the physical fair is the most effective formula for relaunching the agricultural mechanics sector - Malavolti continues - and we are working to ensure that the almost 2,000 participating companies can benefit from the new formula in terms of image and business”.  In addition to being the first virtual exhibition dedicated to agricultural machinery, “EIMA Digital Preview” will also be the first exhibition to “test” the market after the Coronavirus emergency. 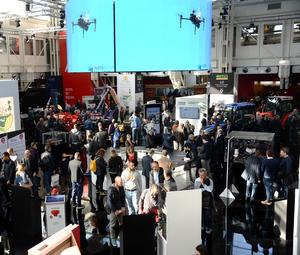