The board members of the industry associations are elected at the Annual Meeting of the federation of agricultural machinery manufacturers. The new Chairman of the Association of operating machines, ASSOMAO, is also elected, in the person of Piersilvio Mayer. The Chairman of the federation, Massimo Goldoni, presents the agenda, which includes the important topics of foreign markets and EU regulations. The exhibition activities continue to grow 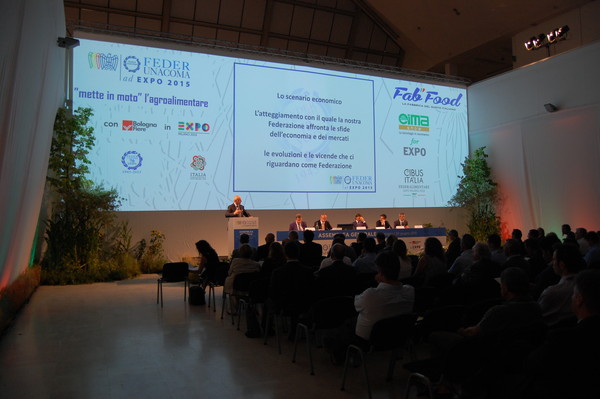 The Chairman Massimo Goldoni presents a largely positive assessment of the activities at FederUncoma’s annual meeting, held on 30 June in Bologna. The Italian industry of machinery for agriculture, lawn care and related components - explained Goldoni - suffered in 2014 due to the general downturn in world markets, but the federation was able to react by developing initiatives in all emerging markets and intensifying the exhibition activities.

On the foreign front, the federation organized collective exhibitions for its manufacturers - said Goldoni - in Azerbaijan, Brazil, China, Korea, Japan, Morocco and Russia, while on the level of institutional relations, it participated in events in Argentina, Iran and India, and cooperation projects were launched in Sub-Saharan Africa, the Far East, Ethiopia and Algeria.

After noting the record edition of EIMA International, held last November in Bologna with the best historical result in terms of area involved (150,000 net square metres) of exhibiting companies (1,800), visitors (over 235,000), and foreign delegations (70 representing 45 countries), FederUnacoma’s Chairman presented the range of other exhibitions directly managed by the federation, in partnership with other trade fair organizers.

These are: the biennial Agrilevante show in Bari, growing steadily in recent years and now a reference point for all farmers in the Mediterranean; Fieragricola of Verona, under a new agreement signed a few weeks ago; the Macfrut show, dedicated specifically to the fruit and vegetable sector and in full recovery with the move to the Rimini Exhibition Centre, involving the federation as organizer for the part related to mechanization. Finally, Goldoni noted the agreement with the Zaragoza Trade Fair to produce together exhibitions especially in African countries, while initiatives are being considered in countries of Central and South America and the Far East.

The important activities carried out in the technical field were illustrated during the meeting, with the participation in the drafting of the delegated documents of the Mother Regulation, which covers the technical requirements for European approval of tractors, trailers and towed machinery, and with the development of ISOBUS electronic systems, high-voltage systems, wireless sensors and highly automated machines. But the main focus is the issue of the so-called “narrow tractors”, which are likely to be severely affected by the application of Directive 97/68/EC on the exhaust emissions of engines for off-road machinery. An update on the subject came during the general meeting from MEP Elisabetta Gardini, by video link from Brussels. As speaker at the Parliament for the whole issue of off-road machinery, she set out her point of view on the timing in applying the rules: “I support the idea of jumping directly from the current phase of “III b” engines to phase “V”, leapfrogging phase “IV” - said Elisabetta Gardini - and I will make every effort to persuade the Commission to accept this solution”. After recalling the importance of the teamwork that the Italian MEPs are doing, and the excellent result of bringing the German colleagues to align themselves with Italy on the issue, the MEP stressed the need to support the manufacturing sector: “The economic recovery has to be engaged by the companies – stated Gardini – without introducing standards and economic burdens that weigh down business activity.”

The work of the federation will continue this year and in subsequent years with the help of new representative bodies, elected at the general meeting. The companies belonging to each of the associations that make up the federation expressed the new delegates who will make up the boards of the industry associations and the expanded federal body of the Council. Meanwhile the Chairmen of the associations themselves, the federation and the Governing Council will lapse in June 2016. The only exception was the group of the operating agricultural machinery, ASSOMAO, which elected its new Chairman replacing the previous, who resigned. The new Chairman of the ASSOMAO group, elected by the companies in the vast sector that includes operating machinery and equipment, is Piersilvio Mayer, owner of Sovema, while Lorenzo Selvatici of the company by the same name, Selvatici, is Deputy Chairman. Also elected in this round, the Ethics Committee and the Accounts auditors. 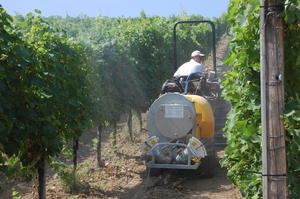