The Italian production is on the increase thanks to exports. Sales of tractors, transporters, combine harvesters and trailers on national territory still on the decline. The Emilia Romagna and Sicily Regions were bucking the trend with gains in sales of tractors whereas Lazio and Tuscany reported downturns greater than the national average. The sound trend of exports offset the domestic market crisis and led to the outlook of increasing production overall for the full year 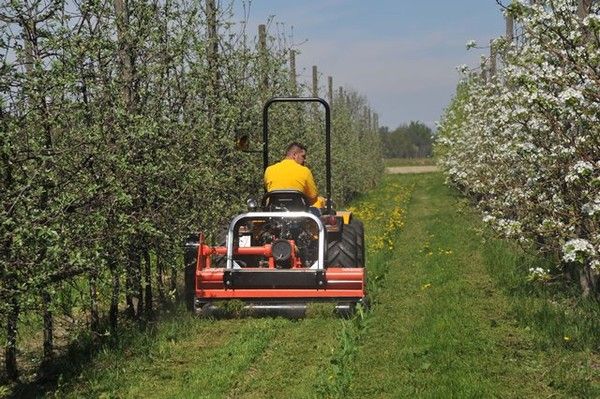 The production of agricultural machinery is on the increase in Italy where the value of this output reached 7.7 billion euro in 2013 to draw closer to the maximum figure of 8.2 billion achieved in 2008, ahead of the international financial and economic crisis. In percentages, the production of tractors, operational machinery and equipment, as well as components and spare parts for the sector, showed a gain of 3.3 points over 2012 whereas earthmoving machinery declined with sales of 2.4 billion for a 5.5% downturn compared to the previous year. Overall, the agricultural mechanization sector and earthmoving machinery came close 10.2 billion euro for a 1% increase over the 2012 total. According to the data reported at the assembly of FederUnacoma, the Italian Federation of Agricultural and Earthmoving Machinery Manufacturers, held in Varignana, near Bologna, the growth of sales can be attributed to the sound export trend which climbed 5.8% in value in 2013 to confirm the steady gains chalked up over the past four years which came to plus 9.4% in 2010, 12% in 2011 and 7.2% in 2012. Exports showed a further increase in value by 3.7% in the first six months of the current year.

The domestic market however remains on the downside and is still failing to show any signals of recovery. In the wake of an overall 30% plunge in tractor sales over the past six years, this category slipped by 1.7% in 2013 to sales of 19,017 tractors – to sink to a new low in the postwar history of agricultural mechanization – while transporters gave up 16.7% in sales and trailers lost 5.7%.

The figures based on Ministry of Transport registration data and elaborated by the Italian  Federation of Agricultural Machinery Manufacturers, FederUnacoma, point to a balance sheet in the red for all of 2014 following on six years of an ongoing crisis featuring declining sales linked to the economic problems of farming enterprises which lower their ability to invest in new machinery and equipment.

A look at sales nationally disclose some cases of trends differing from those of national averages. On the side of tractor sales, registrations in Emilia Romagna rose 3.9% with 1,428 units registered, an increase of 6% is the Campania with 622 machines, and those in Sicily gained 3,4% with 797 machines registered. Declines less steep than the national average were reported for the Lombardia Region, down 3.8% with 1,385 tractors registered, whereas Lazio fell below the national average, down 15% with only 682 tractors moved, as did Tuscany, also off 14.3% with 799 tractors sold.

by a cura della Redazione