On December 16, Pontenure (Piacenza) will host the debut of the new range of open-field tomato harvesting machines created by MTS Sandei. Comprised of three models, the THR line was developed with the support of the Emilia Romagna Region as part of the funding for industrial Research & Development 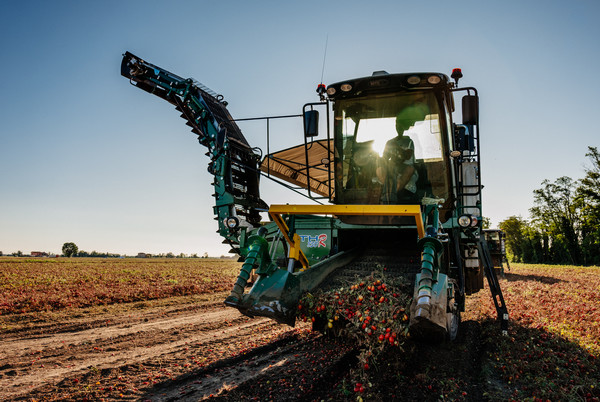 Ten years ago, MTS of Pontenure (Piacenza) acquired Sandei, a company specialized in tomato harvesting technologies, thus entering a market segment that acts as a driver for the development of corporate business. Today, precisely on this important anniversary, the Piacenza company inaugurates a new exhibition area in its production site, and above all it launches a new line of tomato harvesters. These are the THR self-propelled vehicles (three models with different load capacities: 650, 750, 850), ready to debut on December 16, after passing all field tests with flying colours. It could not be otherwise, since the latest arrival at MTS Sandei is the result of an intense and meticulous design effort, which has come to fruition thanks to the collaboration between several players, first and foremost institutional. The THR prototype was developed thanks to the call for entries promoted in the sphere POR FESR 2014-2020 by Emilia Romagna Region under Decree 773/2015 to support Research & Development initiatives for companies. “Our project - says Francesco Casella, president of the Emilian company - was the best at the provincial level, the thirteenth at the regional level. Emilia Romagna Region approved the R&D phase with about half of what we budgeted for creating the prototype.

“The regional call for entries allowed MTS Sandei to expand the company by hiring two engineers dedicated exclusively to the design of the new machine, and to involve in the project the research group of the Department of Engineering and Architecture of Parma University, which is specialized in hydraulic systems. In short, in the case of the THR, the Region managed to create a virtuous circle between entrepreneurs, institutions and the world of university research.

The result of these synergies is a self-propelled machine for open-field harvesting, which comes with a very advanced technical profile, starting from the harvesting head.

The MTS Sandei engineers redesigned it with the aim of loading the weight of the harvest bar not on the wheels of the head itself, as is the case with most models currently on the market, but on the cylinders.

“Our technology makes it possible to significantly reduce the impact of the head on the soil because, when load variations occur, the machine’s hydraulic system distributes the weight gain on the cylinders, thus reducing the pressure exerted by the wheels on the ground.

The device - Andrea Zanoli, engineer of the Piacenza company, explains to Mondo Macchina - works automatically thanks to a dedicated hydraulic system.”

The solution developed by the Emilian company proved to be advantageous especially in the presence of wet soils, but the restyling of the hydraulics, made necessary by the redesign of the head, made it possible to exploit the features and potential of the new harvester to the maximum, improving performance for the same level of consumption. In short, besides having a low impact on the soil, the THRs stand out for an approach that is very environmentally friendly, thanks to the 8 litre Volvo engines, delivering high performance (260 horsepower) while in line with the most stringent European emissions requirements. And if MTS Sandei’s research into biodegradable oils comes to fruition, the new self-propelled vehicles will be strengthened in their vocation as eco-friendly machines.

Moreover, amongst the strengths of this new range we must not forget the operator’s comfort (the cabin is soundproofed) and an on-board software with which all harvester functions can be controlled and managed.

In short, THR harvesters are smart machines that “dialogue” with the user and the outside environment through a dense network of sensors, a true neural network that represents the operating brain of the machine. 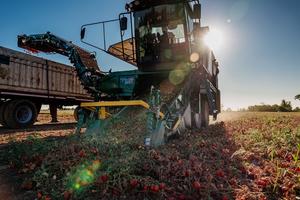 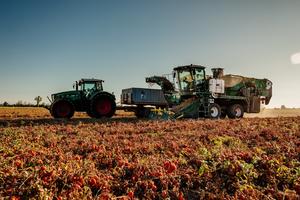