Power and comfort for new Torion 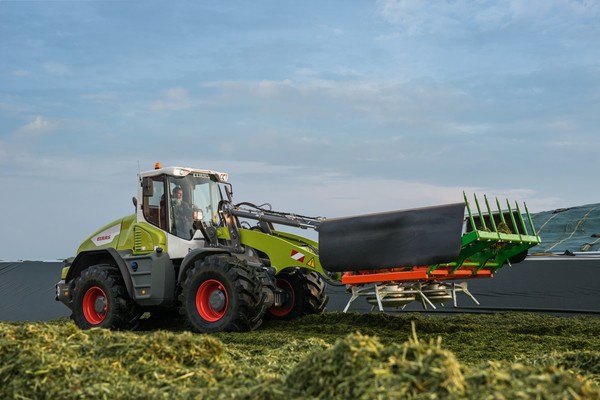 Claas renews the range of Torion loaders with the introduction of three new models - 1177, 1410 and 1511 - for which the adoption of the new stage V engines was the starting point for making substantial changes to the lifting kinematics and the cabin. Torion 1511 now features a 6-cylinder 6.8-litre Deere Power System (DPS) engine, delivering 138 kW/188 Hp, a 12% power increase over the previous model (manufacturer data), while the Variopower transmission with its 105 cm3 provides more dynamism and agility. The Torion 1410 is also equipped with a boost which, as the German brand highlights, provides a 5% increase in power, up to 120 kW/163 Hp. The engine power delivered by the Torion 1177 remains unchanged. The lifting kinematics of the Torion 1410 and 1511, redesigned by Claas technicians with larger cylinders and the Smart Loading automatic loading function, now has up to 20% more power than previous versions. Among its many functions, the bucket includes an automatic return system with programmable lifting and lowering heights, and an automatic lowering system when the bucket is too tilted. This allows you to memorize its positions for two different applications or two different devices. The cab of these new machines, which is similar to that of the superior versions - the 1812 and 1914 - has been renovated in the name of comfort and efficiency. Among the innovations, the new touchscreen terminal with 9-inch screen stands out (it offers a greater “usable” surface), clearer than the previous models thanks to the high-resolution colour contrast. The armrest has been completely redesigned with ergonomically arranged buttons, making the space ideal for even the most demanding operators. The windscreen was also redesigned, offering a greater range of action for the wiper and field of vision. The rear view was also improved, thanks to a new flat rear window fully integrated into the engine hood. Lastly, up to six LED lights at the rear of the cab provide more light in the rear for night work or in poor visibility conditions. 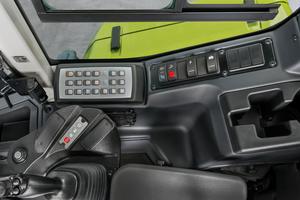 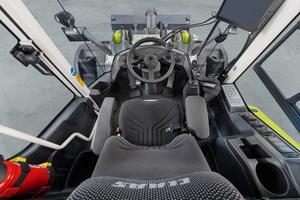 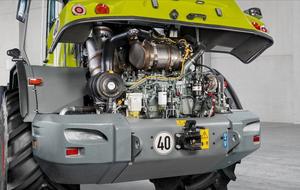