The Venetian company comes to the Bologna event with many new features, especially in the soil preparation sector. With many firsts and re-stylings, there is a considerable renewal of the ranges, which promise to make the operator's job even more efficient 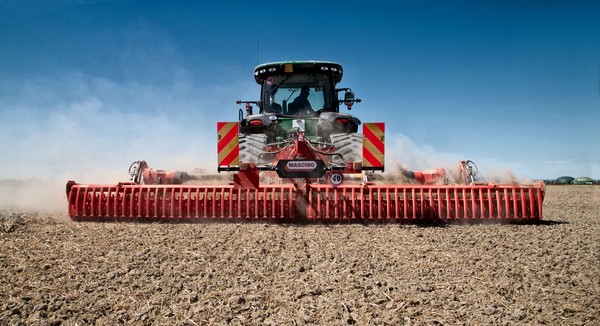 The new products by Maschio Gaspardo for preparing soil are the protagonists in the exhibition spaces of the Venetian group at EIMA International. Here is a quick overview of the most innovative technologies presented at the Bologna show. New “G” fixed rototiller for power classes up to 270 horsepower. This is the second generation of Maschio fixed rototillers, a lighter model than the previous one, but still suitable for heavy duty operations, ideal for working the soil very finely, thus obtaining an optimum seed bed also from heavier soils. To ensure maximum application reliability with intensive applications, Maschio Gaspardo has equipped the “G” rototiller with a gearbox oil cooling circuit that operates on an ongoing basis, while an independently operated hydraulic system pushes the oil in a radiator and activates the cooling fan. Also worthy of mention, one of the most significant technical features of the machine is the special “Duo-Cone” seal, designed to protect the hubs from water, mud or dust, thus extending the maintenance intervals. Then there is Attila Hydro, a subsoiler that combines the compactness and stiffness of a welded frame model with the reliability of a hydro-pneumatic system, which enables the adjustment of the working depth (up to 75 cm). The strong point of the new subsoiler is the “Spade” roller, which, thanks to its many spades, refines the soil more with an equal number of passes. In addition, the large surface area of ​​the tool support allows the roller to run constantly even on light soils. Veloce. This is a compact and lightweight disc tiller, equipped with an optimal disc array (working capacity between 8 and 12 cm) for managing re­si­due and for pre­paring the seed bed, and a rede­signed frame (the distance between the two rows is 800 mm) to give the application a higher resistance to stress. The tiller discs are constructed with boron steel and have an angle such as to cut the soil in a clear way, while offering optimal mixing even at low speeds.  The disc support - reads a technical note from Maschio Gaspardo - has been designed to have better clearance between the elements and the frame itself and, therefore, to facilitate the flow of soil also in the inner part of the disc. The discs, in turn, are positioned on “Silent Block” independent springs designed to provide the maximum possible grip on the ground and maximum working uniformity. The Veloce disc tiller is available both in mounted and towed version, but in the latter case the wheels are placed between the disc array and the rear roller, to improve the centre of gravity of the machine and to facilitate its handling. Jumbo. This is a folding rotary harrow which, due to its expanded gearbox with enhanced ventilation, turns out to be particularly suitable for intensive processing on difficult terrain, even in the presence of rocks and stones. Coinciding with the Bologna show, the Jumbo has been made even more reliable and durable, able to handle powers up to 550 Hp. Indeed, both the gearbox and the transmission shafts have been reinforced, while the frame has been adapted to hold more flexion. The Combi versions enable the use of a bar for combined sowing. Jumbo is also presented with new spherical roller bearings (for added durability with heavy workloads) that give flexibility to each rotor, increasing its tolerance of the vertical and horizontal flexion encountered in normal operating situations. Finally, the two bodies are fitted with a cardan shaft with cam safety: in case of blocking, the safety response is triggered only on half of the machine at a time, thus reducing stress on the gears and preventing the tension load from having repercussions on all the motion components.

Maschio Gaspardo Group: marking half a century of success 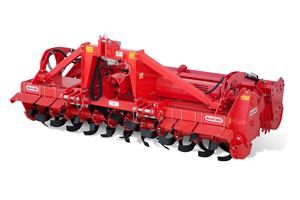 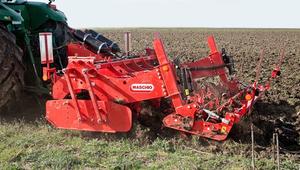 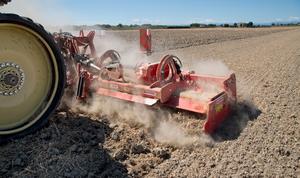