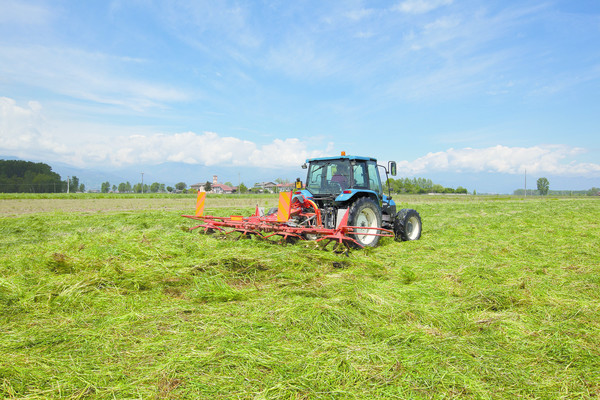 About a year after the analysis of the market for public tenders in Europe, the 2018 figures are in, confirming the European system as the main hub of opportunities for agricultural machinery producers that have the capacity to meet the demands of countries that are less technologically advanced and to approach the European tender procedures.

As already mentioned in the previous article (MW no. 4-5 2018), the data that the analyses refer to regard the tenders published on the TED (Tender Electronic Daily) community database in the period under consideration.

As is well known, EU legislation on public procurement obliges the administrations of the member countries to publish on TED any tender notices for the supply of goods and services whose amount exceeds the threshold of € 209,000; obviously this is the threshold that triggers the obligation to publish on TED, but the legislation leaves the option to also publicise in the EU context tenders for amounts lower than the above threshold. In general, therefore, TED provides data relating to the most qualified portion of the public market, but we cannot rule out that among the published tenders there are many for less than 209,000 euros.

It should also be considered that it is not possible to analyse the size and performance of the market in terms of value, due to the fact that in many member countries, public administrations send tender notices without an amount (which is indicated only in the tender documents); therefore all the considerations that will be made refer to the number of published tenders.

It goes without saying therefore that the data taken from the TED bank does not provide a total representation of the EU public market, as the smaller tenders remain confined to the databases of the individual member countries. However, we can try to provide a picture of the progress of the public procurement market in Europe.

Taking into consideration all the types of machines and equipment of interest for the agricultural mechanization system, 773 tenders were published in 2018; this figure shows a significant increase compared to both 2017 (+18.3%) and the 2015-2017 three-year average (+22.3%).

We can therefore confirm that the “above threshold” market in the EU has a significant scale, above all in light of the absolute marginality of the Italian market, which in the four-year period recorded only 14 tenders overall, against the 2,669 tenders of the entire EU market.

The data therefore shows a significant geographical concentration, given that the seven most important countries represent almost 72.4% of the market. These are followed by Bulgaria, Hungary and Sweden, which together account for 8.4% of the market. The data for 2018 therefore confirms the predominant role of France (24% of the total tenders); the seven most important countries total over 67% of the tenders. Analysing the trend over time of the most important countries by number of tenders, we see that Romania in 2018 recorded an increase of 65% compared to the average of the previous three-year period, followed by Germany (+34%); positive dynamics were also recorded in Slovakia (+16%), France (+9%) and Poland (+3%). A negative trend occurred instead in the Czech Republic (-29%) and the UK (-11%).

Product market analysis requires moving from the tender concept to the lot concept; in fact, it is quite common that in the same tender, a public body enters several lots, referring to different products, according to their purchase needs. Therefore, the number of lots put up for tender in the 2015-2018 four-year period is greater than the number of tenders, amounting to 3,683. Tractors are the type of assets with the largest number of lots (963 lots) equal to over 26% of the total market. In 2018, 282 lots for tractors were put out to tender, with an increase of 24% compared to the average of the previous three-year period. In second place, with 574 lots, we find a generic category “Agricultural machinery”, which does not allow to identify specific technologies, followed with 364 lots by specialized machinery for agriculture and forestry. Significant shares of lots have been put to tender for mowers (307) and for miscellaneous gardening equipment (287). The number of agricultural machinery parts, lawn mowers, irrigation systems and machinery for soil processing exceeded 100 lots. Overall, the above categories represented around 83% of the market. Analysing the changes that occurred in 2018 compared to the 2015-2017 three-year period, we note that almost all the most important product types by number of tenders showed a positive trend; the two most dynamic segments of the offerings are represented by lawnmowers (+66%) and machinery for soil processing (+63%), followed by gardening equipment (+48%). The only segment with a negative trend is that of mowers (-26%).

The subcontracting, an european phenomenon

Tractors braking on the European market

The state of the art of bioenergy in Europe