The agro-mechanical enterprises, a resource for agriculture

"Third Report on subcontracting" presented as part of EIMA International. Declining number of farms, growing recourse to the services of agromechanical businesses 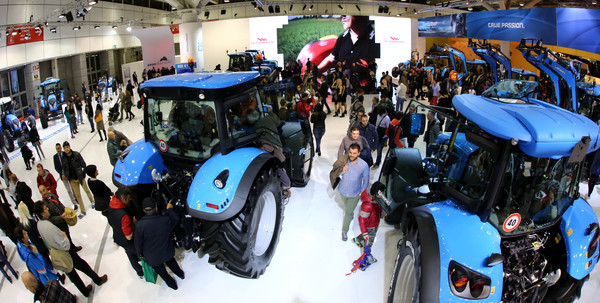 In the last thirty years in Italy there has been a decrease of 20% in usable agricultural land (SAU) and 24% in total agricultural surface (SAT), and the number of farms fell by half. This phenomenon primarily affects the inner and hilly/mountainous areas of the country, which needs to be remedied.

This is the appeal launched by the world of agricultural agro-mechanical enterprises during the presentation of the “Third Report on subcontracting”, organized by Edagricole within EIMA, which also addressed the problem of the exclusion of subcontractors from CAP funding.

From 1982 to date the abandonment of agriculture affected mainly the mountainous areas, with -60% of farms and -34% of SAT, followed by the hilly areas, with -47% of farms and -23% of SAT, and finally the plains with -42% and -11%. In Italy, out of a total of 1.6 million farms, those that use the services of subcontractors are 540,000 (33%), for a total of over 4 million hours worked per year. Total assignment is more fully developed in the south, and partial assignment in the centre-north. Italy has still too many small farms by size (the average is 7 hectares), but there are areas such as Emilia-Romagna where the average is reaching 20 hectares, and lately there are increasingly more above 30, considered a factor that can promote better economies of scale.

To give oxygen to the industry, we can take advantage of the opportunities of the Industry Plan 4.0, which offers very flexible tools for those who want to invest in new technologies.

During the meeting the head of the policies of FederUnacoma Marco Pezzini reiterated that agricultural mechanization is to be considered an integral part of the agricultural system, and not as something alien and independent.

Other opportunities for the development of subcontracting can come from the three-year plan of the CIPE, designed to prevent the depopulation of inland areas of Italy, where the last thirty years have seen the loss of 47% of pig farming, 43% of cereal production and 48% of dairy cattle breeding.

The “oscar” of subcontracting

As part of the great festival of agricultural machinery, the first edition of the “The subcontractor of the year” was held. Six companies were given awards, one for each of the contest categories

Technological innovations, Precision farming, Women, Diversification, Young people, and the Agri-food chain. These are the six categories of merit for the first edition of the Subcontractor of the year award, organized by The Subcontractor magazine and held at EIMA International on the occasion of the presentation of the third report on the development of subcontracting. The six winning companies were selected by a jury composed of members of the Unova and Confai association management, as well as a part of the technical committee and editorial team of the “Subcontractor”; the criteria used by the jurors was to recognize the company that stood out the most in each of the categories. The award for Technological Innovations went to the company Agromeccanica Negroni Srl, which has been able to establish itself on the market by focusing on biogas and digestate. The company Agro T. and C. Snc secured the award in the Precision Farming category for its strong commitment in precision, made possible by latest-generation equipment, equipped with satellite guidance and soil mapping systems to control product distribution and yields at harvest. Rossella Guizzardi of Meccanica Guizzardi Snc won in the category “Women” for her ability, within the company, to create a system with the territory and with customers, while the subcontracting company Speziali Antenore was awarded the recognition dedicated to the topic of diversification for having been able to strengthen its competitiveness with a product differentiation strategy. In the Young people category, the award went to Carlo Feletto, of the Treviso company by the same name, specialized in shredding, which has now expanded its offerings to vineyard services for third parties. The “Agri-food chain” award went to Petrini Snc, a Marche-based company that has managed to overcome the beet crisis by expanding its business to include farm management and especially supply chain contracts, including one with Barilla related to supplying wheat with a reduced protein contect.

The subcontracting, an european phenomenon 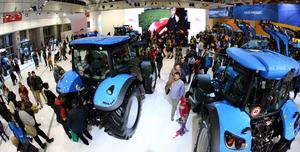