The state of the art of bioenergy in Europe

Published in October, the "European Bioenergy Outlook" report produced by AEBIOM is a guideline instrument for proper strategic planning. The study shows clearly that from 2000 to 2013 the production of primary energy, fell by 16%. In the same period the contribution of renewable energy sources has doubled, going from 97 to 192 Mtoe, of which 2/3 are attributable to bioenergy. This trend demonstrates the significant potential of RES that today stand as the main local resources 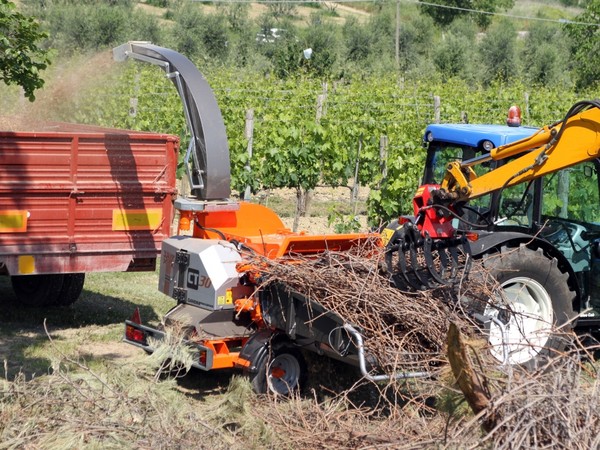 The “European Bioenergy Outlook” report was published in October, produced by AEBIOM (European Biomass Association), of which ITABIA is a founding member, which contains a large amount of very interesting information about the energy sector of the 28 Member States, with specific focus on renewables, and biomass in particular.

The purpose of the study, which also involved the main trade associations in the world of renewable energy, was to provide reliable analytical data to guide both investors and policy makers towards sustainable growth strategies in environmental and socio-economic terms.

We know that the targets set in 2009 within the EU for 2020 by the RES Directive will be made even more ambitious for the next decade, on the basis of a decision taken by the European Commission (October 2014) to make the economic and energy system more competitive and respectful of the environment. The fight to combat climate change necessarily involves a redefinition of the current production and cultural models, and in this process, saving resources is a pillar to be consolidated through measures to improve efficiency of energy systems and support for renewable sources. In this perspective, for 2030 the aim is to reduce by 40% the emissions of greenhouse gases (double the target of 2020) and for this reason energy efficiency and the use of renewables will have to be increased by 7% compared to the 2020 targets for both to achieve at least 27%.

An important aspect is that the new targets mentioned, although binding on the European level, do not define specific references to the commitments of individual Member States. Therefore the AEBIOM Report is a useful guiding tool for proper strategic planning and for attracting investments in the various countries. The study shows clearly that from 2000 to 2013 the production of primary energy, i.e. that obtained directly from indigenous sources in Europe, fell by 16%, going from 941 Mtoe (Million Tonnes of Oil Equivalent) to 789.8 Mtoe. Over the same period, the contribution of renewable energy sources has doubled, going from 97 to 192 Mtoe, of which 2/3 are attributable to bioenergy (123 Mtoe), thus contributing to the overall production by about 25%. This trend demonstrates the significant potential of RES that today stand as the main local resources, surpassing coal (155.8 Mtoe), natural gas (131.8 Mtoe) and oil (72 Mtoe). The countries that emerge as the largest producers of primary energy from renewable sources are Germany (33 Mtoe), France and Italy (both 23 Mtoe).

Unfortunately a gradual decrease in primary energy production corresponded with a significant increase in gross domestic consumption in 2013, which amounted to 1.666 Mtoe. This means Europe will necessarily have to resort to imports of energy products, which besides causing an uncomfortable dependence on foreign countries, in particular Russia, Saudi Arabia, Nigeria, Libya, it imposes an economic burden estimated at over a billion euros a day, equal to 4% of European GDP. Focusing on renewable energy in general and bioenergy in particular would have the well-known environmental externalities, as well as significant positive effects in economic terms, avoiding capital outflows and generating new forms of economy and jobs across Europe. As for the final energy consumption in Europe, the total value in 2013 was estimated at over 1,100 Mtoe, with a contribution from renewables of about 15% (171 Mtoe), of which a major share was from bioenergy, which alone account for 9.5% of the total (105 million Mtoe).

Focusing on bioenergy has highlighted that the growth trend in the industry is in line with the targets set for 2020, and there is ample room for growth for further developments expected for the next decade. As can be seen from the graph, the thermal sector has been the focus of the exploitation of biomass energy, followed by the electric sector and bio-fuel for motor vehicles. Better management of forest resources and agricultural land could easily provide biomass for the further 33 Mtoe missing to achieve the 2020 target, confirming the primacy of bioenergy over all others even in the broadest renewable strategies. Many European countries have long since embarked on a virtuous path for the energy use of biomass, prioritizing them over other RES. Standing out among them we find Estonia, where bioenergy is 91% of renewables, Poland with 89%, and Hungary and Lithuania with 87%. Analysing instead the data from the point of view of the energy potential of biomass used, the first country is Germany (17 Mtoe) followed by France (13.6 Mtoe), Italy (10.5 Mtoe) and Sweden (10 Mtoe). Just these together reach 50% of all bioenergy consumption in Europe.

The AEBIOM report provides a comprehensive view of the bioenergy sector through a broad description of the many components that characterize it (supply basins of biomass, internal and external markets of solid biofuels, liquid and gaseous fuels, mapping of energy conversion plants, etc.) and the positive environmental effects associated with it. It also focuses on direct and indirect jobs generated to date. It is evident that, among all renewable sources, bio-energy is definitely the one that generates the greatest number of jobs with different and high levels of specialization. In 2013 about 1.15 million jobs were estimated in the field of RES, of which 43% (about 500,000 workers) are employed on the bioenergy front, which produced a turnover estimated at 56 billion euros. The production chain with the largest volume of recruitment is that of solid biomass (lumber, wood chips and pellets) that feeds extremely diverse plants in terms of size and production of energy (heat, electricity and cogeneration), followed by the production chain of biofuels, then biogas and finally the organic waste (see table). Please note that the employment estimates, which AEBIOM drew from the 14th Report of EurObserv’ER “The State of Renewables in Europe”, could be conservative given that, for example, in the Italian biogas sector we are talking about 4,200 employees, while other estimates of about 12,000 are believed to be reliable.

The European countries with the highest number of employees working in the field of renewable energy and bioenergy are Germany, France and Italy, also as a result of effective incentive policies that have led to a remarkable technological maturity in connection with a well developed design capacity of systems that are highly adaptable to different local contexts. This aspect can be easily translated into a driving force of the bioeconomy not only in Europe, but also on a global scale, with the internationalization of the industrial production of the most virtuous European countries.

AEBIOM, the European Biomass Association, is the common voice of the bioenergy sector aimed at developing a sustainable market of biomass for energy use under fair trade conditions.

AEBIOM is an international non-profit organization based in Brussels founded in 1990, bringing together 30 national associations and about 90 organizations from all over Europe, representing more than 4,000 indirect members, mainly companies and research centres. 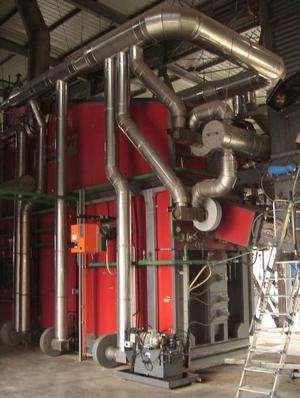 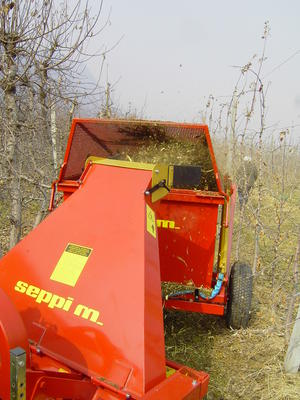 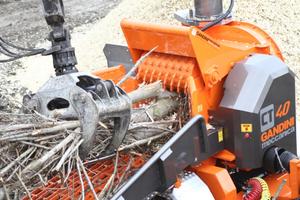 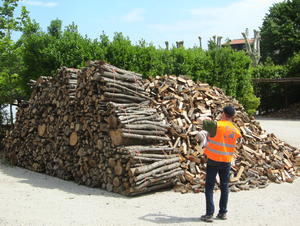 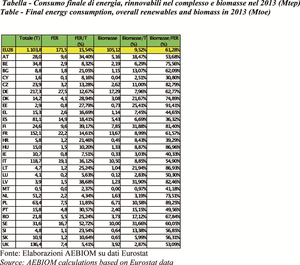