Vario 1050, standard-bearer of the Fendt range

Among the protagonists of the Casalina di Deruta event we find the multi-award winning tractor from the German company, already the winner of Tractor of the Year 2016. The Vario 1050 is equipped with some of the most innovative technologies from Fendt 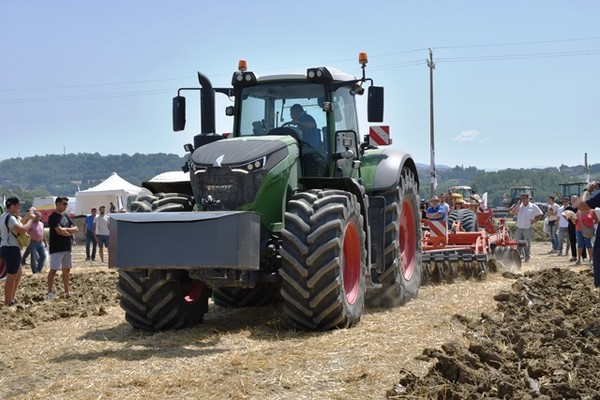 In Casalina di Deruta, together with the Fendt range of purebreds - the Vario 828, 718, 516 and 211 tractors and the new 943 MT crawler - the 1050 model was also a protagonist, one of the best-sellers of the German brand representing the award-winning Vario 1000 series.

Vario 1050: power and compactness at the service of versatility. Already Tractor of the Year 2016, Red Dot Design Award 2016, iF Design Award Gold 2016, Machine of the year 2016 in the XXL Tractor category and audience award - just to mention some of the important international accolades earned by this tractor - the 500 horsepower machine from Fendt presented itself at Casalina di Deruta with all the advantages that made the Vario 1000 range one of the most popular lines of the German brand. There are many winning features of the 1000 series, starting from the compact size that, combined with its high power (starting from a minimum of 380 up to the 512 horsepower of the top-of-the-range), enhance the versatility of these machines. These tractors are able to efficiently perform both intensive PTO or transport operations, and processing (sowing, and example) for which a low soil pressure is required (the empty weight of the tractors is just 14 tonnes).

A “low-speed” engine. This is the real secret weapon of the Vario 1000s, because all the components of the tractor, such as the engine, the transmission or the fan, are designed according to the principle “high torque - low speed of the engine” thanks to which it is possible to reduce fuel consumption to a minimum. The propulsion system is characterized by the silent, compact 12.4 litre six-cylinder MAN engine with VTG turbocharger, which ensures dynamic performance and high torque at low speeds and provides the tractor with a real power reserve. For example, the tractor reaches a maximum speed of 60 km/h at 1,450 rpm, 50 km/h at 1,200 rpm and 40 km/h at an engine speed of only 950 rpm.

Concentric Air System (CAS), an innovative cooling system. At the base of this technology, a point of pride of the Vario 1000 range, there is a high capacity concentric fan placed in front of the cooling units, which pushes the cold air through the heat exchanger. The solution introduced by Fendt allows to absorb and dissipate a quantity of heat far superior to traditional fans. The Concentric Air System is equipped with an integral inversion function that maintains the cooling capacity at high levels even in very dusty environments and is managed by a dedicated hydraulic motor which, therefore, is decoupled from the engine speed.

The high technology of the new Fendt 200 VFP

Vario 500: versatility and motoring efficiency of the new Fendt

A technological heart for the Fendt 1000 Vario 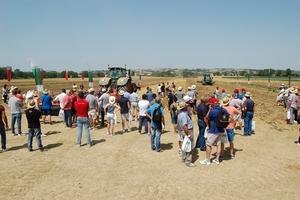 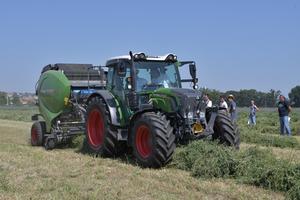