AEF Plugfest, a world of technology

The 2019 AEF Plugfest was held in Antibes, France, an event for specialists in applied electronics for agriculture, created to allow companies to check the operation of their ISOBUS components with those of other manufacturers. Identifying and solving technical problems and providing customers with reliable and effective products is the aim of this event that has become strategic for the entire 4.0 world in agriculture 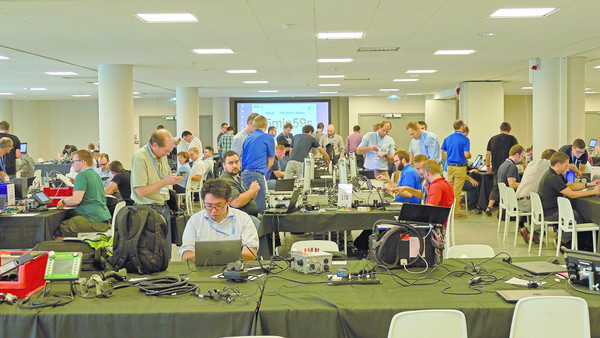 The AEF Plugfest returns to France five years after the first time that the Axema (the French association of agricultural machinery manufacturers) proposed to host the important technological event. On that occasion, the French organization proposed the unusual location of Antibes, on the Côte d’Azur, in the south of France. However, the AEF Plugfest also bears the signature of FederUnacoma which - it should be noted - is part of the AEF steering committee together with the German (VDMA) and US (AEM) associations and the eight manufacturing companies that contributed to the association’s founding. It has a strong imprint from the Federation, which carries out many activities in the AEF, including the fact that for years now its electronics manager fills the role of coordinating the working group that deals with the organization of the Plugfests and of related events. Thanks to years of direct and organizational experience in this activity, this team supported the French colleagues since 2018, after the Bologna edition of the AEF Plugfest, in order to help them by providing all the technical requirements for the location and the organizational requirements for hosting all participants in the best way possible. In October 2018, FederUnacoma was also present, together with the AEF General Manager, to check the spaces proposed by Axema. And so, from September 16 to 20, 2019, over 300 people gathered at the Antibes Convention Centre for the usual three days of ISOBUS system testing and other side events. It was a week with a really intense schedule, starting on Monday, with the preparation of the large test room under FederUnacoma’s coordination from a technical point of view and Axema from an organizational point of view. This was followed by the meeting of the ISOBUS accredited certification laboratories. Tuesday saw the core of the events, with the development of the actual Plugfest, the meeting of the AEF Steering Committee, the AEF Conference Day, and various working groups that used 61 test stations, 43 server systems (Universal Terminal and Task Controller) and 80 control units. In addition, there were 3 AEF Testing Compliance Stations, 3 AEF Database stations, 7 FMIS stations, 7 TIM server stations, and 5 TIM clients. There were 161 participants, 74 visitors, more than 50 participants in the side events alone, for a total of over 300 people, who gathered for the traditional gala dinner organized on Wednesday evening. The actual Plugfest lasted three full days, in which the design engineers were engaged from 8 am to 6 pm in testing their ISOBUS devices with their colleagues from all the other manufacturers. After all, the AEF Plugfest was born precisely in order to allow companies to verify the functioning of their ISOBUS components with all (or a large part) those of other manufacturers, in order to identify and solve problems and incompatibilities and then provide their customers with reliable products that can concretely aid and speed up field operations thanks to electronics.

However, beyond the location and the numbers, there are some aspects that should be emphasized. First of all, the maturity of the TIM (Tractor Implement Management) systems and the Compliance Test for checking them: at Agritechnica, we will see the first TIM certified machines, which will allow their users to implement a true closed circuit automation in the field thanks to tools able to control speed, steering, PTO, lift and hydraulics of the tractors, in order to adapt the processing to the operating conditions in real time. The tests of these systems were very intense, with a dedicated Plugfest reserved for them in order to refine the last details.

Secondly, throughout the week, the guiding topic was connectivity and data exchange in agriculture, the “new” frontier for all the industry of agricultural machinery and system manufacturers. On Wednesday, the entire AEF Conference focused on this topic, with interesting presentations by ETSI (European Telecommunications Standards Institute), with which a collaboration activity is underway in European projects related to mobility and smart cities. Connectivity was also discussed at the meeting of the AEF Steering Committee, which took some decisions on the new issues on which to concentrate efforts, including the participation of AEF in the European ATLAS project, in Horizon2020, which concerns the standardization of communication between machines and the cloud and between clouds and clouds in agriculture.

To top it all off, the programme for the project team meetings was very intense, with 8 meetings dedicated to different topics, including electrification at medium-low voltage, standardized wireless data exchange, the presence of AEF at the upcoming industry exhibitions, data security, new features, the consolidation of those currently defined, and so on. In short, a week dedicated to technology in the world of agricultural machinery that, starting from ISOBUS, is moving quickly towards a scenario in which it can no longer be considered closed on itself, but part of the process that is leading to globalized connectivity, with all kinds of information always available. The AEF Plugfests will be held in 2020 in Lincoln (Nebraska, USA) and in Stuttgart (Germany), before moving to San Antonio (Texas, USA) in 2021 and back to Bologna, perhaps the location to which the world of ISOBUS and Plugfest is most attached. 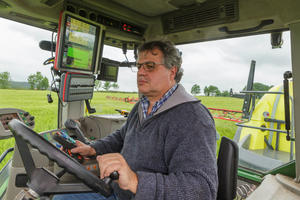