Agricultural Machinery: gap growing between Italy and rest of Europe

Registration figures for the first quarter of the year signal declines for all types of machinery in Italy while the other major European countries were pursuing positive trends. The data confirm a worsening of the differences reported for 2013 and earlier years which have weakened the nation's agricultural system. The Italian mechanization industry is holding out thanks to exports while the head of the manufacturers' federation, Massimo Goldoni, engages in positive dealings with Minister for Agricultural Policy Maurizio Martina on a support strategy for the domestic market 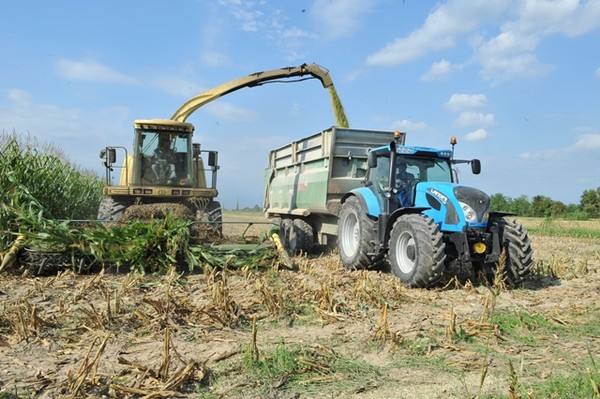 The agricultural machinery market is gaining ground around the European Union though  the trends are not uniform. Data developed by FederUnacoma on the basis of statistics reported by Cema, the committee grouping European agricultural machinery manufacturers, disclosed that 2013 closed with tractor sales up 2.1% with the most brilliant performances in France, with 42.600 tractors registered for a surge of 9.9%, Spain, with 8,900 units sold for a 2.9% increase, and Germany which managed to hold the market at 36,000 machines sold in 2012 and 2013 following a 26% leap in 2011. On the negative side were the United Kingdom, with 13,500 tractors moved for a decline of 9.9%, Italy, at 19,107 units for a further 1.7% drop to bring the overall downturn between 2007 and 2012 to 28%.

According to the FederUnacoma data on registrations in the first quarter of 2014, based on Ministry of Transport statistics, conditions do not appear to be showing any improvement in light of the fall in tractor sales at 2.9% under those in the same quarter in 2013, the 11.1% slide for transporters and the 2.1% decline for trailers. Furthermore, combine harvesters, the only machinery category which came out of 2013 with a gain, 13.9%, dropped back into the red with a 28.9% decline in the first quarter of this year. The gap between the trend for tractors on the Italian market and in those in the leading European countries is most visible in consideration of 2014 first quarter growth of 8.9% in Germany, 9.6% in the UK and 31.3% in Spain, countered by a 24% decline in France chalked up to a settling market in the wake of massive gains in recent years.

FederUnacoma President Massimo Goldoni noted, “Never before times like these have the foreign market driven Italian production of agricultural machinery and equipment, which settled at 7.7 billion euros, and we have to be proud of the ability of our enterprises to compete on markets all over the world, from Europe to the United States, from Australia to the Far East.” Istat foreign trade data peg the growth of tractor exports at 3.4% in 2013, for a value of 1.7 billion euros, and the increase of other types of machinery at 7%, valued at 2.9 billion.

Goldoni went on to comment, “The Italian agricultural system is weakening a lot compared to those in the other major European countries and the recovery of investments in mechanization is the key factor for the competitiveness of our primary sector as well as for the full recovery of sector's mechanical engineering. And precisely for this purpose we have started up important and positive dealings with Minister for Agricultural Policy Maurizio Martina on priorities and feasible policies for the sector.” 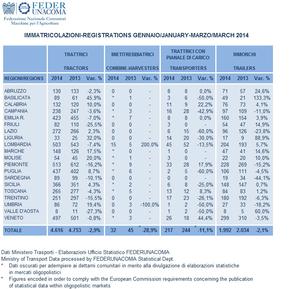