The performance of the world market - measured by the Agrievolution statistics - saw the growth in the first half of 2019 in American and European registrations, while India and Turkey are in decline. The forecast focuses on the Mediterranean area, showing good potential in Morocco, Tunisia, Algeria and Egypt 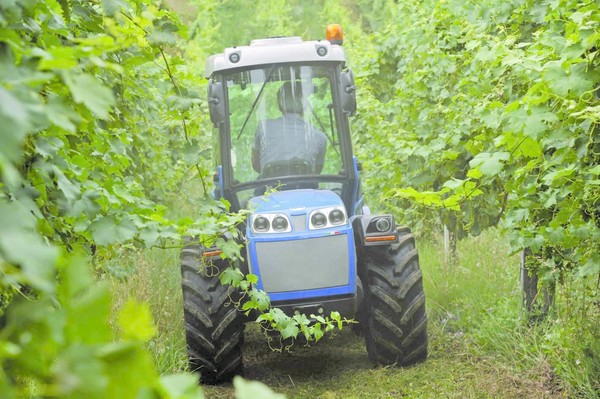 The world market for agricultural machinery recorded a positive trend in the United States and Europe in the first six months of the year. The data produced by Agrievolution, the association that groups the agricultural machinery manufacturers of the major countries, indicate a mid-year growth in US registrations of 4%, at the rate of 128 thousand units, and an overall increase in the “old continent” of 13%, corresponding to 96 thousand units (the registrations in France, Germany and Spain are growing strongly, with 43%, 21% and 19% respectively, even if for these countries, a substantial reduction and stabilization at lower levels is expected in the second half of the year). Russia and Japan also mark an increase in registrations, albeit with much lower volumes, respectively 13 thousand and 24 thousand units, but the positive trend of this first block of countries is counterbalanced by the decline recorded in India - the largest market in the world, that in the half year sees a deficit of 11% at the rate of about 390 thousand tractors sold - and Turkey, an expanding market in recent years, is now heavily penalized by the economic crisis and devaluation (and the sanctions that may result from its military initiative in Syria), which caused a collapse in registrations in 2018 (-33%), in the first half of 2019 it saw an even more dramatic decline (-59% with a quantity of tractors that does not exceed 11,200 units).

In the global scenario of agricultural mechanization, an important role is played by the Mediterranean market.

The analysis of sales trends in the countries of North Africa and the Middle East and the forecast models for the coming years - created by the Italian Federation of Manufacturers FederUnacoma - highlight a gradual recovery of the market, after the slowdown resulting from the economic crisis of 2009 and the Arab Spring in 2010.

The data that the Ulisse study provides to FederUnacoma indicate how, beyond the variables of a mainly climatic nature that can greatly influence agricultural yields and therefore the profitability of companies and their investment capacity, imports of agricultural machine and tractor can be expected to grow in the main countries of the area. In Morocco, the three-year period 2019-2021 should show an average increase in imports of 5%, in Algeria the increase over the three-year period is estimated at 6.3 percentage points, in Egypt growth is expected at 10.7%, while in Tunisia, after a negative phase in the years 2019 and 2020, a recovery is expected in 2021 with a 4% growth. Other countries are potentially very interesting, albeit still hampered by the economic crisis and political variables, particularly Turkey and Iran.

“This scenario appears particularly interesting for Italian industries - commented the President of FederUnacoma Alessandro Malavolti - which rank among the leading countries in the export rankings”.