FederUnacoma Agenda: trade fairs at the centre of "promotion"

In an international context which experiences a constant growth of the "factor of mechanization" and an increasingly integration between agriculture production and food industry, the promotion of trade fairs – such as Agrilevante and Eima Agrimach – and the participation in the most relevant supply chains initiatives – above all Expo 2015 – is the key element of the institutional and promotional activities by FederUnacoma 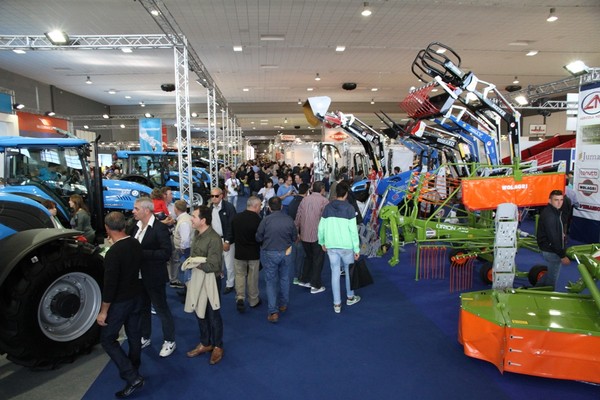 FederUnacoma, the federation representing Italian manufacturers of tractors, machinery and equipment for all types of agricultural and “green” processing, has drawn up a well-structured programme of activities for the new year with, in the foreground, the main exhibitions of the sector and the important event of the agro-food sector Expo 2015. In addition to the institutional participation in the specialized exhibitions in Paris, San Nicolas and Hannover (respectively Sima, Expoagro and Agritechnica), and again in Iran, Brasil, South Africa, Thailand, China and Russia (Agrishow, Nampo, Agricultural Expo, Ciame and Yugagro), within collective exhibitions promoted in cooperation with Ice-Agenzia, the Federation will be in charge of organizing other important events of the agricultural machinery industry. In fact, from October 15 to 18, 2015 will be held in Bari the exposition of Agrilevante, jointly promoted with the Fair Trade Institution of Puglia, which will be once again a great showcase for agricultural mechanization and most of all for the production of the Mediterrenean area. From December 3 to 5 will be held in New Dehli EIMA Agrimach, the technical and promotional exhibition organized in cooperation with the Federation of Indian Industries and Chambers of Commerce (FICCI), an event which is going to celebrate its fourth edition, strengthening the cooperation between Italy and India in the sector of agricultural mechanization, which is acquiring a fundamental importance for both the economic and social development of the big Asian country. Eima Agrimach will be preceded by field trials of machines for viticulture and horticulture, organized with the full support of Emilia Romagna Region. They will take place in summer 2015 in Pune, in the State of Maharashtra, under the brand of “EIMA Show”, which historically identifies the dynamic tests promoted by FederUnacoma. Another field trial for agricultural machinery is scheduled by the end of June, once again in Emilia Romagna, at the presence of foreign stakeholders coming from Australia, Chile, South Korea, Egypt, Kazakhstan, Russia, South Africa and USA within the initiatives in support of Expo 2015 promoted by Emilia Romagna. Expo Milano, scheduled from May 1 to October 31 2015, will certainly be one of the most prestigious events and a great commitment for the Federation and the agricultural machinery industry will be the protagonist thanks to the participation in cultural initiatives aimed at highlighting the close connection between this technological sector and all the other sectors which make up the agro-industrial production chains. The Federation will attend the Italian Pavillion in the Confindustria area to illustrate to a wide public of visitors the features, technologies, roles and projects of this sector of mechanization which represents the excellence of Made in Italy. In particular, a prominent position will be dedicated to agricultural mechanization in the area of Federalimentare, the Federation of the food industry which will be the protagonist with the “Cibus è Italia” initiative. During the six months of the EXPO all visitors will enjoy a fascinating edutainment journey, which will guide them “inside” the best known and loved Italian food products, in order to know history and secrets of their quality. Furthermore, they will be able to understand how the agricultural machines play a key role in this high-quality production chains. Another prestigious moment will be the participation of FederUnacoma in the exhibition entitled “Il cibo dei desideri” (The food of desires), sponsored by Federchimica in cooperation with the Museum of Science and Technology in Milan, during which will be described, through particularly effective publicity techniques, all the elements which are at the origin of food and thus of taste experience. 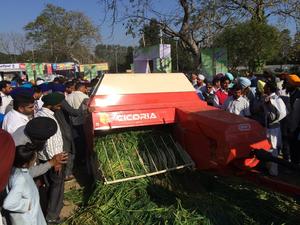