Iran and sanctions: the current state of play

From 2018, following the withdrawal of the United States of America from the so-called Nuclear Agreement, the mistaken belief that Iran is also under embargo by the European Union and, consequently, is forbidden to enter into commercial transactions with it, has spread among economic operators. In this article, the current state of play on international sanctions against the country 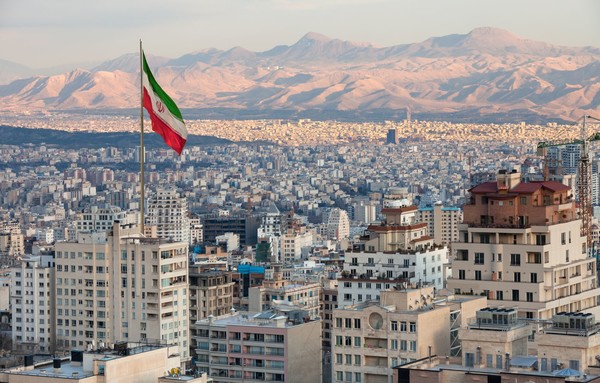 On the mid-2000’s Iran became the recipient of a complex system of sanctions adopted by the international community and the European Union. Sanctions imposed restrictions on European companies in the sale of a large number of products and technologies to Iran, as well as a ban on Iran’s financial transactions. With increasing intensity, the sanctions went so far as to impose a ban on all dealings with the Islamic Republic, except for those that were expressly permitted by law.

Between 2015 and 2016, this situation radically changed. The Joint Global Action Plan (JGAP), commonly referred to as the “Nuclear Agreement”, signed by Iran and the countries of the “Group of 5+1” (France, Germany, United Kingdom, Russian Federation, China, and the United States and High Representative of the European Union for Foreign Affairs and Security Policy), led to the suspension of the European sanctions in force until that time. The original ban on any transaction was thus reversed, in the sense that trade with the Islamic Republic of Iran was once again substantially free, except for the prohibition to transfer what is expressly prohibited or subject to prior authorization by the authorities of each individual EU Member State.

US withdrawal from the JGAP and the secondary sanctions

In May 2018, US President Trump announced the US withdrawal from the Nuclear Agreement. This decision was sharply criticized by the international community, including the European Union, which considered Iran to be fully in line with its commitments under the JGAP.

Together with the withdrawal of membership, the United States announced the reintroduction of the so-called secondary economic sanctions i.e., those sanctions aimed at targeting non-American commercial operators wishing to trade with Iran in specific economic sectors. A blacklist was also reintroduced by the US Treasury Department, containing the names of hundreds of Iranian physical and legal entities with whom the entertainment of any business relationship was forbidden.

The peculiarity of the secondary sanctions lies in the claim to have extraterritorial effects, that is, to go so far as to sanction with fines or with restrictions on access to the American market, European economic operators with relations with Iran, defined as foreign sanctions evaders.

The aim is to discourage European companies - including banks and credit institutions - from maintaining a business, banking, and investment relations with Iranian private and public enterprises.

The secondary sanctions have had a substantial impact on Italy, historically Iran’s second-largest European trading partner, whose companies and banks have been faced with a choice: to violate US secondary sanctions - which, as will be seen below, are ineffective in Italy - or to pursue its trade relations with Iranian partners.

Following the withdrawal of the United States from the Agreement, the European Union confirmed its intention to respect the international agreements with Iran and, from the outset, qualified the American position as illegitimate.

To date, therefore, the European Union keeps the sanctions against Iran suspended. This means that, at present, the country is not subject to embargoes for the purposes of European and Italian legislation, with the significant consequence that national operators are allowed to carry out commercial transactions: they remain free and not sanctioned unless they concern particular sensitive, specifically restricted sectors (e.g., the nuclear and military areas).

The European Union has gone even further, recognizing that the restoration by the US of secondary sanctions is detrimental to the commercial interests of companies in the Old Continent. Hence, the Union has intervened to try to shield European economic operators from the effects of American sanctions, updating an already existing but obsolete EU Regulation, the so-called “Blocking Regulation” (n. 2271/1996), which aims to neutralize - precisely to block - the effects of secondary sanctions.

The Blocking Regulation sets two prohibitions and recognizes a right to all EU operators - and therefore also to Italian companies: The ban to actively comply or, by deliberate omission, with the US secondary sanctions against Iran.

The prohibition against enforcing in the European Union any judgment or decision of a US court or administrative authority would affect the secondary sanctions against a European operator.

The right for operators engaged in trade with Iran to claim compensation from third parties for damages suffered due to the application of, or actions based on, US secondary sanctions.

The Blocking Regulation is directly applicable in the Member States, and therefore Italian companies and physical entities operating with Iran are required to comply with it in the same way as it were an Italian domestic law. Sanctions for violating this regulatory act are governed by Legislative Decree no. 346 of 1998 and contemplate sanctions up to Euro 92,962.00.

Italian companies with branches or subsidiaries in the US

Given that, for the purposes of Italian and European legislation, the Islamic Republic of Iran is not under embargo. The American sanctions against the country are effective against subsidiaries, branches, or representative offices of Italian companies in the United States.

On this point, it should be noted that, since 1995, the US Government has imposed a general ban on all US physical and legal persons (the so-called US persons) from carrying out any transaction with Iran, with minimal exceptions in the medical, food, humanitarian and sports sectors.

Specifically, the regulations in the Iranian Transactions and Sanctions Regulations (ITSR) prohibit the import into the US of Iranian origin or export to Iran of any goods or technology of US or foreign origin directly from the United States or through countries or third parties.

These sanctions are the so-called primary sanctions. These measures have never been lifted, not even with the 2015 Agreement and, therefore, continue to be fully effective against physical and legal entities located in the United States, but also against entities physically located outside of it, whose operations involve an element of “Americanism”, and representative offices in the USA of Italian companies, as US persons, are required to comply with ITSR regulations and primary sanctions. Accordingly, such legal entities, regardless of the existence of the European Union’s Blocking Regulations, shall refrain from entering into any transactions, negotiations or consulting activities with counterparties established in Iran, unless they have been explicitly authorized by the Office for Foreign Assets Control (OFAC), set at the US Treasury Department.

To sum up, from the European regulatory point of view, from the point of view of the goods, there are no restrictions for Italian operators to export products, services or technology to the Islamic Republic of Iran, unless such exports concern the particular products listed by EU Regulation 2012/267, in Annexes I, II, III, VII A, VII B.

However, the general limitations provided by the dual-use legislation remain in force, but they apply to all non-EU exports, and therefore not only to those intended for Iran. As far as dual-use goods are concerned, it should be remembered that military assets are erroneously referred to this category instead of civilian products that could also have a military use (for example, the standard Hepa filters).

From a subjective point of view, some EU prohibitions remain on the transfer of products, services, or technology to certain Iranian entities, limited to a few dozen natural and legal persons.

As far as the financial aspects are concerned, if from a regulatory point of view, the Italian companies are free to carry out transactions with Iran, from a practical point of view, the difficulties remain due to the banking system which, having cut off almost entirely the direct channels with the Iranian banks, refuses to process payments to/from the Islamic Republic.

In order to bypass the financial problem, Iranian companies very often use their branches or subsidiaries in third countries to make credits to Europe, thus managing to conclude transactions with their Italian counterparts successfully.

Finally, national economic operators holding branches, subsidiaries, or representative offices in the United States are advised to carry out in-depth due diligence to ascertain and verify the compliance of the US offices’ activities with the US sector legislation.

Agricultural machinery in Iran, the market can bounce back 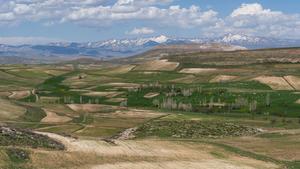