New IT systems mounted on tractors and farm implements enable perfect management and control of all work phases. Agricultural mechanics experts and IT specialists had a meeting at the AEF Plugfest in Bologna to make systems more compatible and ensure the connectability of machinery manufactured by various industries

A strong invisible network is now ruling agriculture. Electronics applied to tractors, other machinery and equipment is revolutionizing agricultural operations through the management of machines and links between the operator and the mechanical means. The agricultural mechanics industry has taken on advanced electronics to make the cultivated field the perfect laboratory. This is the issue which has come to the fore at the AEF Plugfest, the event focused on ISOBUS technologies for precision farming underway in Bologna bringing together major companies and the world’s leading specialists in the sector. In a press conference held 15th of september, it was explained that the AEF Plugfest in Bologna is sponsored by the Agricultural Industry Electronics Foundation, AEF, and was organized with the cooperation of FederUnacoma, the Italian Agricultural Machinery Manufacturers Federation, and cames to a close in the afternoon after three days of technical sessions and field trials. The tests and technical meetings were aimed at perfecting the ISOBUS technology, that is, the IT protocol enabling excellent management of the connection between the tractor and implements for applying a scientific approach to any crop operation. The technicians taking part in eleven work groups were able to verify the evolution of satellite mapping of agricultural terrain and transmission of data to the tractor and implement and especially test the new frontiers of electronic applications. Technologies such as TIM, Tractor-Implement Management, make it possible not only to signal the operator for any anomalies and imperfections in the work phase but also take control of the tractor with direct commands for movements and speed of operation. The wireless system can also link up many machines for simultaneous operations in the field for optimizing movements and management and harmonizing work performed by the lead machine and complementary implements operating without a driver. Moreover, the connections between agricultural machinery and a home computer or smartphone allow the remote control of crop operations whereas highly evolved Internet systems (Internet of things) can intelligently integrate information gathered from machinery and data produced by sensors located in the field. Marcello Mongiardo, an AEF vice president and the director of the Case New Holland Industrial System Architecture Tractor Application, explained at the press conference, “The institutional purpose of AEF is to make the systems produced by IT companies and those created and installed directly by the agricultural mechanics industry perfectly compatible and allow perfect interaction with the products of various brand names.” He went on to say, “This is not only an experience of great interest from the technical point of view but a strategy which allows a significant expansion of the market and a fast dissemination of new technologies.” Alessio Bolognesi, responsible for the organization of the Bologna Plugfest and the FederUnacoma Electronic Technical Service, said, “Plugfest is an event with great technical content which has shown consistent growth in membership and lead to this Bologna edition with more than 200 specialists from around the world. Plugfest meetings are held twice a year, one in Europe and one in the United States and, at this time, this reflects the specific know-how on the issues seeing that the European continent, with Germany, the Netherlands, Austria and Italy among the active countries, and North America are the areas leading the work on this type of technology.”

After the success of the AEF Plugfest 2016, AEF is going to be present at EIMA 2016 with an official booth setup with the support of FederUnacoma and Reggio Emilia Innovazione.

The Precision Agriculture, also known as Smart Farming, is the concept that European Union is pursuing so to meet the future demand for a higher quantity of healthy food grown by using solutions with a lower environmental impact.

With this target, AEF is developing the knowledge and technological standardized base for Smart Farming solutions. This concept will be the focus of AEF booth at the Centro Servizi area of the EIMA show where worldwide manufacturers, dealers and customers can meet the experts so to get in touch with the ISOBUS and Precision Agriculture world.

As everybody knows, initially, a succession of important tasks associated with ISOBUS formed the main focus of AEF Project Teams activities. But now the agricultural industry no longer sees the potential of AEF as limited only to ISOBUS. Their work is therefore being expanded to include other important areas such as electric drives, camera systems, farm management information systems, high speed ISOBUS and wireless in-field communication; all these technologies are in fact becoming more and more important in order to support the high demand of data, information and precise operations with real time capabilities required by Precision Agriculture.

AEF Plugfest, between history and the future 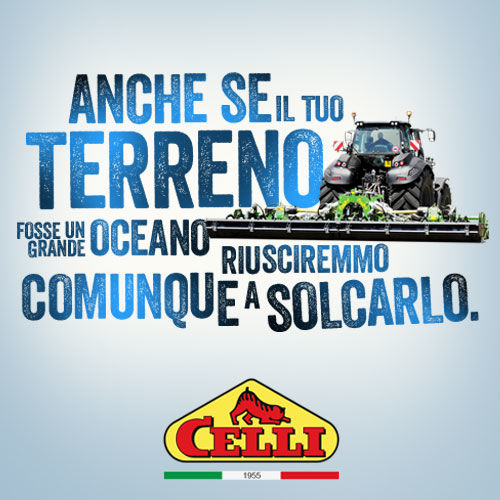