The planting of the vineyard, and more generally, of those crops that require permanent support, cannot be implemented without a precise and rigorous placement of the posts. Modern pile-drivers ensure excellent performance thanks to high-tech solutions 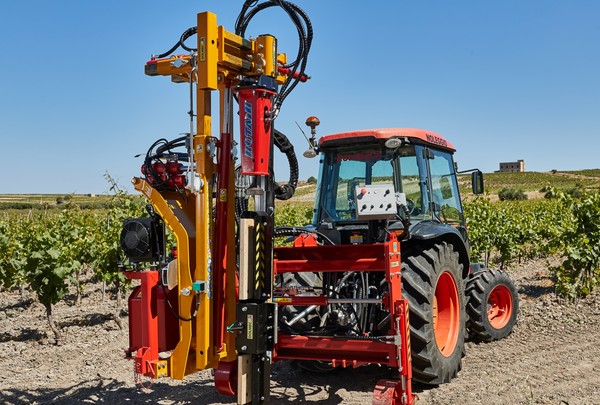 This is apparently simple: It is a matter of driving deep into the ground a set of posts (in iron, wood, or concrete) in such positions that they are aligned on a row, at regular distances.

Actually, the issue is (sometimes definitely) more complex, for many reasons. The piling of the vineyard, and more generally of those crops that require permanent support, is a vital operation of the planting stage. In fact, the crop’s efficient mechanization depends on a regular and precise development of the plant crowns, which is achieved only if the vine - which is a creeper, therefore has a naturally messy growth - supports and clings to threads that are fixed to perfectly positioned posts. Thus, both the piling and the subsequent transplanting must be carried out modernly with the help of specialized machinery, which make use of advanced systems for the geolocalization of the position first of the posts and then of the strains.

The implementation of these operations must necessarily take into account the morphological characteristics of the territory and the soil’s structural characteristics. Since in Italy a significant part of viticulture is carried out on hilly grounds, that is to say on slopes and in any case on surfaces with an irregular profile and often of complex conformation, and the soil can sometimes reveal a considerable presence of skeleton and/or a limited thickness of cultivable soil, it is clear that in order to obtain a professional and quality production, piling must be carried out with extreme care, with dedicated, complete and versatile means.

In relation to the task performed, pile-drivers are relatively linear equipment. However, the boundary conditions make them less elementary than one might think, for example, particular or difficult situations from an orographic or pedological point of view, combined with the need to place the poles with almost absolute precision, both in terms of the position of insertion and in height, in order to favor a perfect laying of the vineyard’s framework wires.

As expected, all movements are hydraulically carried out, taking advantage of this form of energy exploitation’s primary capacity, namely that of being able to develop large forces with slow and micrometric movements, thus with high precision.

If the tractor cannot provide adequate hydraulic flow, especially in agricultural applications, the circuit can be made independent by mounting a specific pump, driven by the tractor’s PTO, which draws the oil from a dedicated tank.

Particular attention must be given to the correct initial positioning of the single pole, which must have a centimeter accuracy: therefore, in modern times, GPS RTK geolocation is used for horizontal coordinates, sometimes integrated with the use of lasers for vertical coordinates.

To ensure the perfect verticality of the pole, compensating for the natural slope of the ground at the point of anchoring, all modern pile-drivers have two or more (up to five) degrees of freedom, that is to say, they can operate with inclinations in respect to the machine body both longitudinally and transversely up to angles of 15-20°.

A typical feature of the pile-drivers is the so-called “impact energy”, that is to say, the effectiveness with which the pole driving head (the so-called “hammer”) acts on the top of the pole at each blow inflicted, which is usually expressed in Joule, and varies between 150 and 250 J. Another peculiarity is the frequency of the blows, which on some models is variable, depending on the different needs, and usually ranges between 800 and 1500 strokes/min.

Modes of coupling with the tractor unit

Pile-drivers can be coupled in several ways, although the tractor remains the most frequently used option. In this case, the equipment can be coupled laterally or rearwards. Some models provide both solutions, sometimes with appropriate adaptation frames.

In the case of side mounting, the tractor must be of a certain tonnage to ensure the required stability when driving the pole, so that tracked tractors are often profitably used. Conversely, if the pile-driver is mounted at the rear of the 3-point linkage, a wheeled vehicle can also be suitable, ensuring greater mobility.

Alternatively, and especially for the more equipped models with higher working capacity, the pile-driver can be self-propelled, and the tractor is almost always a vehicle with rubber tracks.

Orteco from Anzola dell’Emilia (BO) produces a wide range of pile-drivers for an extremely wide variety of uses, including, of course, also the agricultural one, for which it offers the PPA model, driven by a Hatz twin-cylinder diesel engine of about 30 Hp, with a hammer of 230 J impact energy.

In addition to a really complete offer of accessories (see the following paragraph), this machine’s significant added value is the GPS Orteco Machine Control. This system, thanks to an advanced GPS, fully manages the activity of the machinery, controlling, among other parameters, the speed and thrust force, the height of anchoring, the intervention or not of the hammer, as well as the positioning and insertion in height of the pole, which in optimal conditions limits the error within ± 1 cm.

The correct spatial positioning of the pole is clearly and continuously displayed on a dedicated monitor, on which the numerical values of the tilt angles in the 3 reference axes are highlighted.

Finally, another interesting self-propelled option is the mounting of the pile drive-on the arm of a wheel loader, a solution adopted, for example, by the Multione from Grumolo delle Abba­des­se (VI) which, in addition to many accessories (even outside the strictly agricultural field) on the 35 Hp model 7.3S, provides a pile drive-head with 190 J of impact energy, with a beating frequency of 1000-1300 stro­kes/ min.

In order to properly meet the most varied needs that may arise during the piling phase of the vineyard, the pile-drivers are equipped with a large number of accessories.

The drill, driven by a hydraulic engine, can rotate clockwise or counterclockwise and is useful to insert more easily the poles in particularly difficult grounds. All this can be integrated by the so-called “ hole hammer,” which increases the effectiveness when making the hole where the pole will then be inserted in case of the presence in the ground of rocks and large size stones.

A laser system can be installed to stop the pole’s insertion when the preset height is reached on the emitter mounted on a tripod, which communicates with the receiver mounted on the hammer. In some cases, it is necessary to stick poles vertically on slopes of a considerable gradient, so some models are equipped with a particular function called “maxi inclination” to carry out the insertion with specific angles with respect to the machine body. Some models for agricultural use can be equipped with radio control, which through electro-proportional hydraulic distributors, allows the remote control of the pile-driver, both during work and transfer. Not only to place new poles but also to remove old ones: Pile-drivers can be equipped with a double-action extractor kit, lifting, and percussion to remove even the most difficult poles. The earthing pipe is another useful accessory, adopted to make pilot holes in which to place warning posts. Finally, some models have a sweep frequency setting, which helps those situations where it is necessary to work with some caution, such as with some types of wooden poles.

The Leica Geosystems Smart Stake is a kit for the pile-driver’s automatic hydraulic guide to design directly in the field (or call up with the dedicated software Agri Design)  the planting pattern to be realized. The system, based on Leica Powerbox 20 Hz GPS receivers, can be managed in two phases, the survey and design phase, and the subsequent driving phase. In Itially, the coordinates of the perimeter of the site are acquired, with local or topographical reference, then we move on to define the site’s orientation, the inter-row width, the width of the headland, the distance between the stumps, and the distance between the poles. The operating phase gives a series of information, including the tractor’s planimetric position, the number of rows, the number of poles set, and still to be set, the estimate of the remaining working time. A 10” monitor is placed in the driver’s seat, which shows the operational data and allows complete control of the equipment. For the same purpose, Arvatec of Rescaldina (MI) offers ARVAplant, a complete system suitable for transplanting machinery, but obviously also suitable for vineyard piling. It is based entirely on the dual GPS+GLONASS geolocation service. It consists of an 8.4” touchscreen computer with an RTK rover, a control unit with dual-axis inclinometers, and control of the transverse deviation of the equipment and a radio modem with GPS antenna. It is completed by a GPS RTK base station with an integrated radio modem. The declared accuracy is ± 1 cm in the horizontal plane and ± 2 cm in the vertical one. The manufacturer ensures a reduction of 30-40% of a plant’s execution time, keeping the quality of work unchanged both on flat and sloping ground.

Effective and agile, the "organic" manure spreaders by Fratelli Annovi

Distance between vineyard rows: when quality is a question of space 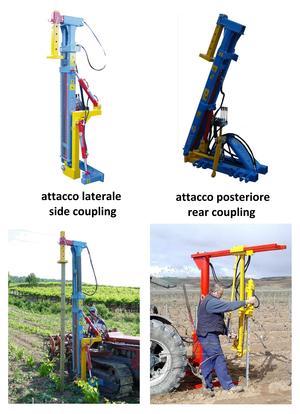 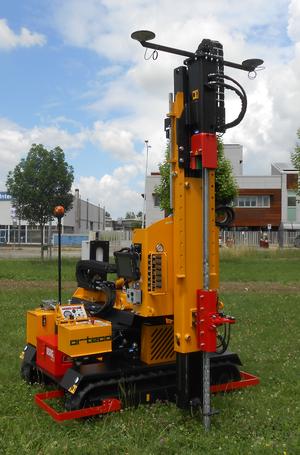 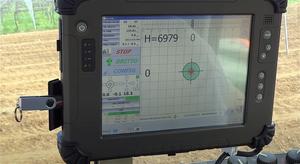 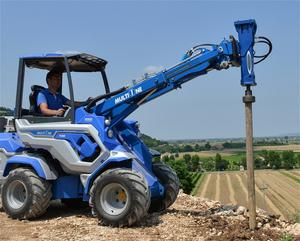 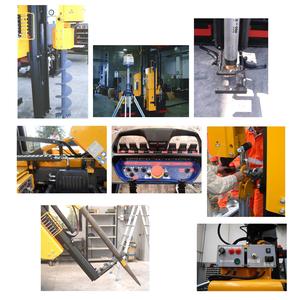 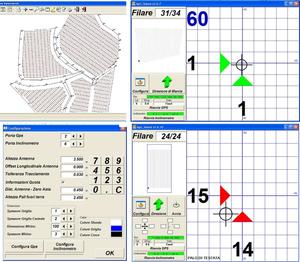