Puglia: growing the demand for mechanization

The registration numbers for 2018, if compared with those of 2014, 2015 and 2016, show a recovery in the Region in terms of investments for the purchase of tractors. Sales remain high for used machines, which do not improve the efficiency of the agricultural system and which contribute to expanding an already very old equipment fleet 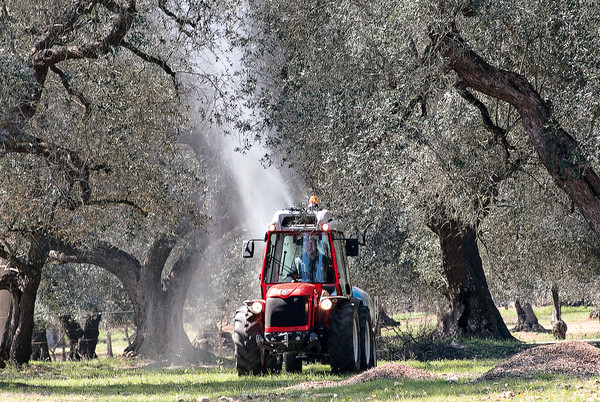 The Agrilevante exhibition represents a very important showcase for monitoring and promoting mechanization in the Mediterranean area, also including the Italian market, with great potential, showing an overall growth trend.

This market recorded an 18.8% drop in the sales of tractors in 2018, with 18,442 registered units (a figure that balances the peak of registrations at the end of 2017, when the manufacturers implemented commercial and registration policies aimed at unblocking the vehicles in stock before the entry into force in 2018 of the new community standards for the approval of the machines).

Compared to the national average, the Apulian market recorded a more limited decline, closing the year with a deficit of 12.5% for 1,525 registered tractors. With these numbers, Puglia ranked fifth in Italy in demand for tractors, not far behind regions such as Veneto, Piedmont, Emilia Romagna and Lombardy, which represented the top four markets in that order.

Even though the data on the registration of tractors in Puglia is negative compared to the 2017 result, which was affected, as mentioned, by the forced registrations in the previous year, it is clearly better (+18%) compared to that of 2016 and also compared to 2015 and 2014, signalling a certain recovery in the demand for agricultural machinery.

The risk is that in the absence of spending capacity by farms for the purchase of new machines, the need for mechanization may be satisfied with the purchase of used vehicles.

Sales of second-hand tractors grew by 12.5% in 2018, with almost 2,800 units sold, a quantity that is almost double that of new factory vehicles.

This trend is of concern to manufacturers and institutions in charge of innovation and safety in agriculture, because it reduces the technological quality of the machines used in the field, leading to the growth of a fleet that counts 139 thousand tractors in the Region, mostly twenty or thirty years old.

From this point of view, it is essential that farms can increasingly use EU funds for agricultural mechanization (PSR), as well as funds managed by INAIL for the purchase of machines with high safety standards, and those of the Sabatini law for the purchase of capital goods, which was just recently refinanced.

Agricultural mechanization in Puglia, a sector expanding its activities abroad