Positive closing balance for the tractor market, which concludes 2019 with an increase of 5% over 2018. The medium-low power ranges, which account for 52% of the more than 191 thousand vehicles sold last year, are growing. The coming months are overshadowed by a great uncertainty: the unknowns linked to the developments of the Covid-19 pandemic 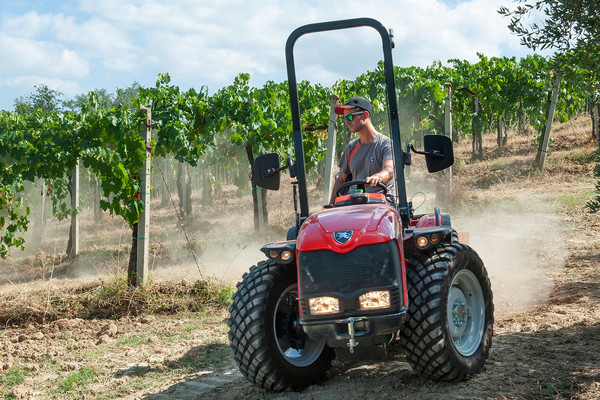 The European agricultural tractor market closes 2019 with more than 154 thousand units sold (191 thousand also considering vehicles such as quads and telescopic lifts), with a 5% increase over the previous year. This was announced by Cema, the Association of European Agricultural Machinery Manufacturers, which released its year-end report at the beginning of March. Cema warns that after adjusting for the distortions related to the entry into force of the Mother Regulation, the 2019 figures as compared to 2018 reveal an overall stability of the market.

The growth in 2019 (the figure includes tractors, telehandlers and quads) involved mostly the medium-low power ranges, those up to 75 kW, which account for more than half of the market (52%), gaining another percentage point in 2018. Conversely, the ranges above 221 kW lose ground (-4%), while the medium-sized powers make up almost a quarter of the total number of vehicles sold. Geographically, the continental market continues to be driven by France and Germany. The two European "locomotives" account for - respectively - 16% and 15%, although 2019 was characterized by divergent dynamics. Paris experienced a significant increase in sales, rising by 26% (corresponding to 31,102 vehicles) with a focus on the medium-sized powers, while Berlin recorded a smaller increase of 5%. The German figure fully reflects the trends of the continent, both from the point of view of growth percentages and of the dynamics following the entry into force of the Mother Regulation. Just behind France and Germany, Italy (up 1% in 2019) remains in third place in Europe with a 10% share, followed by Spain and the United Kingdom, which closed 2019 along the lines of other European countries. Among the "minor" markets, it's worth noting that the Balkans (Bosnia, Croatia, Serbia and Montenegro) scored double-digit percentage increases, as did Sweden (+15%) and Austria (+11%).

Turkey deep in the red

The crisis in Turkey continues. After peaking in 2017, when sales of agricultural tractors reached 72,900 units, in the following two years the market more than halved, reaching 26,000 machines in 2019. The decline in the sector - explains Cema - was not only due to the worsening national economic scenario, the devaluation of the Turkish lira and the increase in interest rates, but also to the increase in prices of agricultural inputs, which reached unsustainable levels for Turkish agricultural businesses. A few glimmers appeared in recent months, with a slight rise in demand.

Tractors, the spectre of a generalized recession

For the rest of the year, Cema’s note foreshadowed a slight decline in the European sector. Not a true recessive phase, but a "pause for reflection", which - as Cema predicted - would be followed by a certain recovery in turnover. The prediction was circulated at the beginning of March, that is, before the Covid-19 epidemic evolved into a global pandemic, which led many governments - not just the Italian one - to opt for blocking non-essential activities and closing borders. The crisis also impacted the agro-mechanical sector on both the demand and supply side, while several manufacturers decided to stop their plants. Today the greatest unknown is linked to the return to normality: the sooner the "state of exception" will end, the sooner the agricultural machinery industries can start again at full capacity.