Back
Waiting for EIMA
July - September 2014

MachineryWorld's overview dedicated to the 40 editions of the Eima exhibition concludes with an article on the last ten appointments, which have recorded important changes, such as the event's biannual occurring and the launch of specialized salons. Both events contributed to the development and success of the exhibition on the international scene 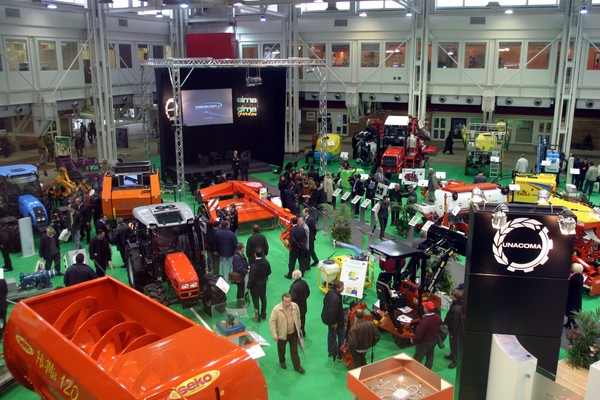 Eima's last ten editions, which took place from 2000 to 2012, showed significant changes that have gradually characterized the event up to the current features. The most relevant change is definetely the passage from the annual to the biannual occurring, happened between 2005 and 2006.

In 2006 it was decided, through an international referendum among the exhibiting companies, that Eima would be biannual and held in the even years, in order to best integrate it in the international agenda of the sector's events, thus allowing all exhibitors to finalize optimally their promotional investments.

The global vocation of the exhibition is also shown by its new name, Eima International, and since the first edition increased the appointments dedicated to the world markets as well as the number of delegations of foreign economic operators, organized in cooperation with the Ministry of Foreign Affairs and Ice (Italian Trade Agency). Foreign visitors increased from 9,839 admissions in 2005 to over 18,000 in 2006, until 32,100 in 2012 (with 196,000 visitors in total).

Regarding the specialized pavillions, the historical Eima Garden – created in 1994 to cover the commodities sector related to machines and tools for gardening and management of green areas – after continuous 12 editions is conveyed in the event of ExpoGreen, also organized by Unacoma and dedicated exclusively to the world of green, which held two editions respectively in September 2007 and September 2009 at the Bologna Trade Fair Centre. In 2012 the operators of the sector returned, by popular demand, to exhibitions within the classical Eima with a new specialized salon, called EimaGreen (Pav. 33/34).

In 2008, in parallel to the constitution of the Comacomp, a group of specialization within Unacoma, was born Eima Componenti in order to highlight the increasing importance of components –  particularly of electronic applications – for the agricultural machinery sector of which it represents, under many viewpoints, the authentic innovation, with specific technological and normative aspects and an economic weight in constant growth.

The Eima, and the association of agricultural machinery manufacturers promoting it, reserve great attention to the new trends of mechanization and it is with this spirit that, within the exhibition, started off new specialized areas devoted to bioenergies and multifunctionality in agriculture.

The path that leads to the definition of the Eima Energy Salon, founded in 2008 and exhibiting the most innovative machines capable of supporting the organization of sites for the collection, transportation, treatment and transformation of agricultural and forestal biomass, with dynamic tests, information points, guided tours and a rich programme of meetings and technical seminars, passes through meetings dedicated to these topics in the past years and the Biomass Eima area organized in cooperation with Itabia (Italian Biomass Association) in 2006.

In 2010 made its debut the Eima MiA Salon, dedicated to an audience not only formed by traditional farmers, who integrate their income with additional works in respect to the traditional farming with a view of multifunctionality, but also to the wider audience of those who take care of green areas and sports facilities as well as recreational activities in the countryside, and in need of specific vehicles and tools.

The insights of the conferences at Eima's exhibtions have analyzed the main theme of mechanization and all its aspects – political, economic, commercial, social and cultural – with a particular attention to safety, environmental sustainability of production and manufacturing and the technological innovations. In that regard, in addition to the traditional “Concorso per le Novità Tecniche” (Competition for Technical Innovations), which over the years has awarded tens of particularly innovative machines and devices, in 2006 has been introduced the EimaLab, a dedicated area where authorities and institutions have been able to demonstrate the latest technological trends of the represented production segments. And yet, the Unacoma's technical department has developed, in cooperation with design studios, a series of futuristic concept machines based on material and technologies already available. In 2004 an outstanding biodegradable tractor that, online-guided, works in group and that at the end of its production run will be “demoted” to return to the ground. In 2005 it was the turn of robotic insects – the object of study of micro-electronic engineering and collective intelligence – capable of ground monitoring, desease controlling and pests capturing. In 2006 a machine/plant capable of gathering and packing fruits and vegetables to be quickly delivered on consumers' tables. In 2008 it was Rover Water's turn, an intelligent robot satellite-guided that condenses water for automatic and selective crops irrigation in semi-arid environments.

In 2002 was illustrated the theme “2050: the borders of agriculture”. By imagining the future of the primary sector with the aid of a realistic video presentation was formulated – thanks to scientific progress – the possibility of overcoming agriculture's natural boundaries with the creation of green factories located in extreme places, thanks to multifunctional, super-technological and remote-controlled agricultural machinery, adapt to any kind of cultivation.

The attention was also given to the design of agricultural machinery with several initiatives, including the competition “La macchina agricola del Terzo Millennio” (The agricultural machine of the Third Millennium), that in 2001 awarded the Bison project by Antonio Di Fazio for its innovative technical and functional aspects and the Farmily project by Francesco Lecce, Stefano Carugno and Riccardo D'Oria, consisting of a multifunctional agricultural motorbike for the production, transportation and sale of agricultural products adapt to any kind of soil and respectful towards the environment.

The activities of the Club of Bologna – the international conference of mechanic and agricultural academics created at the 1989 Eima edition – continued throughout the period taken in consideration –  with annual meetings (from 2006 in the alternate years in which Eima was not held, the meetings were also held in other exhibitions such as the Golden Autumn in Russia and the Agritechnica in Germany). From 2012 was also set up the Club of Bologna International PHD Prize, which was dedicated to the memory of the organization's inventor – Giuseppe Pellizzi – and which selects and honors worldwide the best degree thesis on agricultural mechanics published in the past two years.

Many initiatives, hosted in the several editions of the event, had spectacular features. Among these, were the two appointments of Modafralemacchine, held in 2000 and 2001, consisting of a fashion show of clothes, accessories and equipment on a stage set up in the four-sided portico of the trade fair. Modafralemacchine proved to be a lively and colourful event, capable of showcasing the most important equipment for personal safety, essential for the performance of agricultural works in accordance with comfort and protection, and showed the attention given by the sector to personal safeguard.

And yet, in 2006, the “Eima International Film Festival”, dedicated to the presence of agricultural and gardening machinery in the international cinema, with film showings and daily in-depth seminars at the EimaMovie meeting room (prepared for the occasion at the mezzanine of Pav. 25/26 at BolognaFiere), to tell stories about mechanization and explain the symbolic contents as well as narrative functions that agricultural machines have achieved in the course of time.

Finally, the 2008 initiative RottamAzione, which saw daily performances for the artistic recycling – through the technique of customization – of disused tractors, created by young artists from Bologna in an open air on-stage laboratory, built outside pav. 19/20.

Along with Eima's other projects, is worth to mention AMADI (Automated Agricultural Machines for the Disabled), promoted and financed by Mipaaf (Italian Ministry of Agriculture and Forestry) in cooperation with CRA (Italian Board for Research and Experimentation in Agriculture), Unacoma, Enama and Fish (Italian Federation for Overcoming Handicaps), to promote the integration of people disabilities in the primary sector through the adaptation of agricultural machinery. The project, born as a result of a meeting held at Eima 2004 and entitled “Agricultural machinery for the disabled: dream or need?”, led to the creation of tractors' prototypes with easy access and all controls adapted for an entirely manual use – made by CNH, Landini and Same Deutz Fahr – which were exposed in the four-sided portico at the 2005 Eima edition.

Other initiatives have been developed in the twelve years considered, such as an increased and more spectacular Eima In Campo (which became Eima Show in 2007) and one more initiatives in the United Arab Emirates and India. The first one is EimaGulf and that in its classical static form recorded two editions in 2009 and 2011 and that, organized in cooperation with Adnec (Abu Dhabi National Exhibitions Centre) and hosted in the modern Abu Dhabi's exhibition centre, led Italian technology in a dynamic market with a high potential for investment. The second one is Eima Agrimach, that from 2009 is held every two years in New Dehli, in the dual form static and dynamic, organized in cooperation with Ficci (Federation of Indian Commerce and Industry), several Indian institutions and the Emilia Romagna Region. Five more editions have already been agreed upon, starting from December 2015, with the aim of supporting the development of Indian agriculture in the next ten years.

Eima's history continues with the 41st appointment, also scheduled in BolognaFiere from November 12 to 16, a showcase for the excellence of agricultural machinery, with 1,800 exhibitors and over 50,000 models of machines on display. 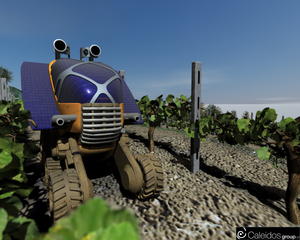 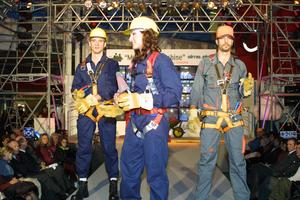