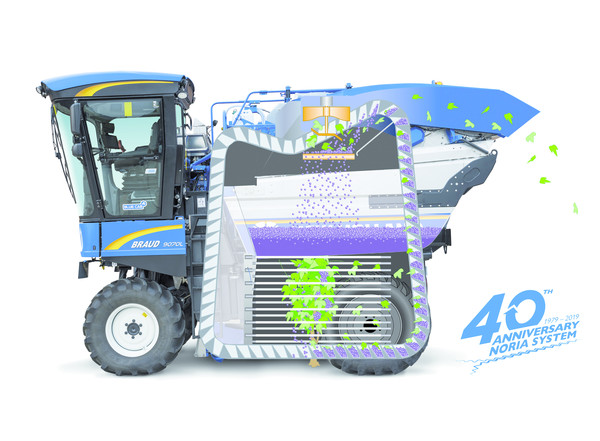 The Braud New Holland grape harvesters turn 40, and the heart of these innovative machines is the Noria system. Here is a brief history of this machine. Founded by Alexandre Braud in 1870, Braud launched its first self-propelled grape harvester, the 1020, in 1975. In 1979, the French company introduced one of its most significant innovations on the 1014 model, the aforementioned Noria system with baskets. This innovation has considerably increased the harvesting quality level.
In 1980, the Noria system was awarded the gold medal at the SIMA in Paris, giving a significant boost to the sales of this machine, which quickly became the best-selling grape harvester ever, with over 2,000 units delivered in less than four years. In 1984, Fiatagri acquired 75% of Braud, and since then New Holland has continuously improved and perfected the system, ensuring greater speed and productivity while at the same time reducing crop losses. Today the Braud grape harvester with the Noria system has become synonymous with quality all over the world, becoming part of that virtuous cycle that treats life and harvest gently, allowing you to transform the harvested grapes into excellent wines. Braud machines are built in the Coex plant in France, which to date has produced over 16,000 machines, sold in over thirty countries.

The news of the Holland Braud Grape Harvesters

CNH Concept, towards the circular economy 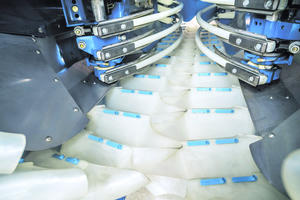