New trends of the african agriculture

Among the market areas of interest for agricultural machinery and technology manufacturers, Africa is still a target where European companies still have a small presence but significant potential. Leaving aside the effects of the Covid health emergency and the massive debt that African countries will have to face due to the ongoing crisis, the strengthening of intra-regional trade and the establishment of uniform economic and monetary areas account for the development of local economies. For Italian companies looking to African markets, it is crucial to select the countries with the lowest risk factors 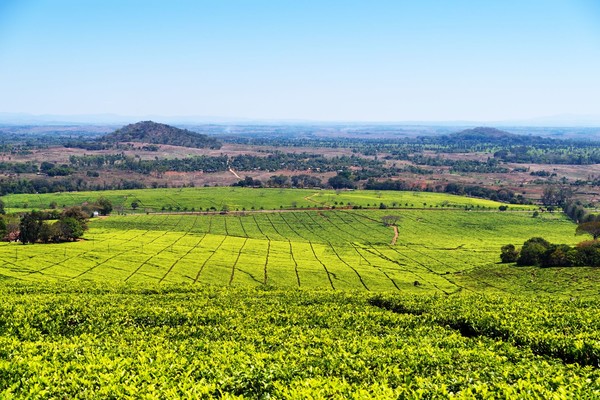 In the particular context of the pandemic, analyses and estimates of the effects on the local economy and international trade follow one another, also concerning African markets. While we write, the uncontrolled evolution of the global health situation makes an analytical commentary on quantitative data not very useful in our opinion, as, in fact, the forecasts of the leading specialized research centers are subject to frequent updates and revisions. Here, we prefer to focus on some qualitative aspects of the market's development, particularly sub-Saharan markets, clearly carefully considering Covid's effects.

A first point that many people would appear to agree with is that so far, Africa has been responding to the pandemic in a relatively better way than other regions. There are basically two hypotheses. On the one hand, the population's younger average age may have played an important role in containing the most severe effects. Another point shared by authoritative African opinion leaders (for example, during the recent Africa Summit organized by the Financial Times) is that for a continent strongly affected by other severe epidemics (from Ebola to HIV, for example), the psychological and social management of the Covid-19 event had a less disruptive effect than other areas.

Alongside these considerations of a more general level, the year 2020, with the epoch-making impact of Covid 19, has brought some policies on African foreign trade that have been under discussion for years back into the spotlight. First of all, there is a need to strongly develop intra-regional African trade. As a matter of fact, the colonial inheritance in which individual countries essentially turned to counterparts from other continents and almost exclusively to exchange raw materials, agricultural and not, has strongly limited intra-regional flows. Together with this commercial attitude, the historical lack of infrastructure often makes it more expensive to move people and goods within the continent than to other international destinations. The pandemic has also brought out, among the positive protagonists of international trade, countries with smaller but diversified economies, which are less vulnerable to the shocks affecting raw materials' prices.

Therefore, the drive for diversification and regional integration has regained strength, both politically and economically. The share of intra-regional African trade has increased from 5% in 2008 to 16% in 2018, but this is still very low (representing just 1% of global trade). However, if we look at the agri-food sector, the numbers are significantly higher. Over the last ten years, growth has been exponential, currently, 27% of exports and 17% of imports are intra-African. Specific production diversification has also played a part in this, enabling some of these countries to produce and sell outside of traditional production: cocoa, fruit, peanuts, coffee, tea, and spices.

Finally, Covid has worsened food security in many African countries whose vulnerability has arisen in the most critical moments through the difficulty of importing essential food raw materials. As a result, in some of these countries, the action is being stepped up to increase local production traditionally imported from other continents: cereals, vegetable oils, sugar, meat, and dairy products from Europe; rice and palm oil from Asia; corn, poultry, and beef from Latin America. In short, we are witnessing a strengthening of policies to promote economic diversification and increase regional partnerships. The recent The African Continental Free Trade Area (AFCFTA) is one of the institutional instruments that is supposed to boost this direction. In this dynamic framework, we will examine in depth the trends that deserve more and more attention from our companies. According to what we are looking at, also the companies with an interest in these markets will have to take regionalization into account more and more in their business approach. Therefore, the companies' ability to address their potential targets in Africa by addressing their regional markets rather than individual countries should be strengthened, also with a view to relations between states. French-speaking Africa can be an example. In this vast region, where France still maintains a hegemonic political and economic role, aggregation dynamics have developed, often assimilated to the model of the European Union: the Economic and Monetary Community of Central Africa, the Economic and Monetary Union of West Africa (EMUWE). Leaving aside the geopolitical significance of these phenomena, we would like to draw attention to the fact that these aggregations have a precise economic effect and intra-regional trade relations that cannot be underestimated by our export companies, mainly because they concern agri-food and infrastructure. Obviously, there are also financial effects. For instance, the existence of a single currency and a central bank, which now characterize the eight countries of the WAEMU, ensures greater currency stability, in particular in relation to the euro. The other element to be monitored are the investment policies for the agri-food sector. We have previously mentioned how Covid, food security, and economic diversification policies are fostering in some countries investments to increase the production of agricultural raw materials currently imported from other continents. The other driving force of investment in agriculture is to strengthen regional trade capacity. This is the case in Uganda, which is strengthening trade relations with neighboring countries because of the opportunities arising from agricultural productions' complementarity. Start-ups also provide a boost to agriculture investment for technological innovation, mainly active in Africa. Apps Africa Innovation Awards 2020, the reference event on the continent, includes among the 12 sectors of the competition a specific Agri & Food Tech Award, an award for the best technological innovation for agriculture: from software to drones, from big data to mobile technologies for farmers, but also to support the supply chain and integration into global trade.

In this last regard, the pandemic has strengthened African companies' goal to acquire positions within the global value chains, the supply chain. And to achieve this goal, more and more investments are being made to trace products, certify their origin and sustainability, and take into account the reputational implications related to food. It isn't easy to make a list of these initiatives, which are still a niche in many countries, but which range, for example, from Malawi tea to South African tuna. However, in this framework providing business ideas to companies, it is necessary to emphasize a not secondary point of attention. Sub-Saharan Africa will emerge from this phase with a significant increase in national debt (up to 480% of revenue), with an estimated need for financing in 2021 of over 125 billion dollars, and intense exposure to creditor countries. Basically, these markets' financial and risk profile is worsened, which translates into the need for our companies to manage with great care the selection of counterparties, country risk, payment, and transaction financing methods. Beyond this last and necessary remark, the African economy's role in international trade is going through a phase of intense activity and innovation, with the significant contribution provided by young generations of entrepreneurs and new opportunities for companies willing to face this challenge. 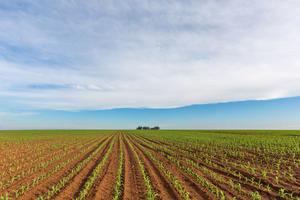 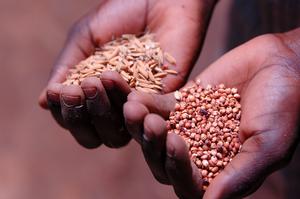