The manufacturer in Bertinoro, located in the Province of Forlì-Cesena, originally went to work producing implements for agriculture and then in 1984 moved into building a wide range of models with great success for earthmoving machinery along with tractors 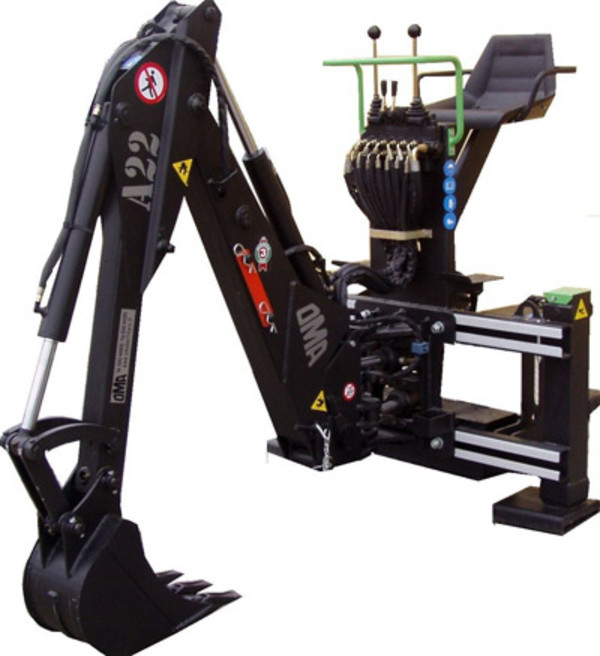 OMA in Bertinoro, in the Forlì-Cesena province, specializes in the design and manufacture of machinery for earthmoving, building a wide range of highly successful models for front loaders, backhoes, blades for bulldozers and snowplows and equipment for salt spreaders. The company's catalogue also includes safety frames for tracked equipment and even an extended range of such industrial accessories as mixers, brushes, pallet forks and angled dozer blades brought out beginning in 2000. However, for the Forlì manufacturer these items can almost be considered entry in a new market sector because when the company was founded back in the early 1960s their production was mainly mounted implements for agriculture. The decision to review this production came in 1984 when the current owners took over OMA and planned entry to a frontier sector half-way between the primary sector and the construction industry without abandoning the original core business in agriculture. For this reason, OMA machinery became universal, that is compatible with earthmoving machinery as well as with tractors. Angelo Branchetti, the owner of the company, said, "Over the years we have broadened the range with the diversification of models for the purpose of remaining always close to customers and thereby competitive. And today we are capable of covering a decidedly wide range of power, between 20 hp and 200 hp." But the company has never betrayed its origins in spite of a considerable growth of sales over the years under the new management with 50% of OMA sales accounted for by exports, especially to the eurozone, India and South America. Thus the manufacturer still considers itself a craftsman's shop featuring all the benefits of this type of activity. "We chose to aim for a very lean internal structure made up of a team of twenty people so as not to weigh down the factory processes and maintain the flexibility which, for us, has been shown to be a winning card," Branchetti affirmed. He went on to say, "And for the strategy of our enterprise an equally important role is played by our suppliers, most of whom are located within a 40 km radius, and we have close relationships with them based on mutual esteem and confidence. Summarizing, we can say with pride that our machines are made in Italy 100%." Thus passion, quality as attested to by the OMA ISO 9001:2008 certification, meticulous care for details and attention for their customers are the leading features which qualify in Italy and abroad the machinery built by the manufacturer. Worthy of special note within the range are the Tekno and Master mechanical and hydraulic self-levelling devices for front loaders – the real pride and joy of the Forlì manufacturer – equipped with automatic quick release of the front loader to speed up and facilitate operations for replacing implements as well as removing the loader arm. Another OMA bestseller is the S2 straight snowplow blade with two independent sections equipped with hydraulic left/right and up/down orientation with double effect cylinders and a central oscillating system balanced to adjust to the road surface to come to terms with the most demanding operations. 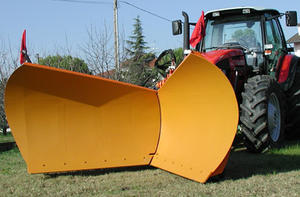 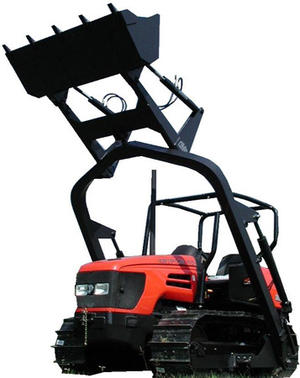