The viticulture sector, especially with its top-tier productions, has always demonstrated that it is at the forefront of the adoption of new technologies and advanced systems. The skills required today include those related to the use of digital systems, which require specific skills and define new professional roles 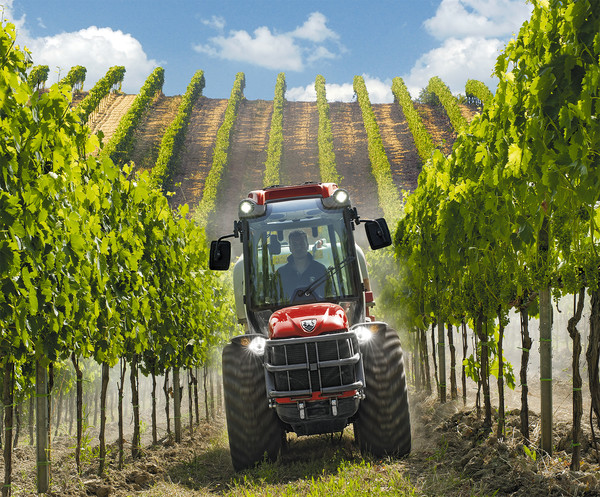 It is now clear to everyone that we are in an era of great change, both in everyday life and in the way we do business. On the one hand, we have evidence of the need for intercommunication and the adoption of smart technologies. On the other, we have the manifest effects of climate change. Together they guide us towards a widespread rethinking of our way of producing and doing business in agriculture.

Moreover, the viticulture sector has always focused its attention on all practices and devices that can improve the various stages of the cultivation process of this precious asset: the grapes. Today, they are considered a semi-finished product in the production of wines capable of expressing identity in a global market.

This awareness of the importance of high quality management, as part of a systemic view, is already inherent in the characterization and identity of the grapes and wines. This includes the definitions of zoning, terroir, association between vines and soil cenobiosis, quality of the microenvironment on the vine, and biodiversity management for pest control.

This systemic expertise rediscovered by farmers, specifically winemakers, has surpassed the model of the green revolution of the last century. In order to streamline the activity of agricultural production in a widespread manner, such a model had generated an excessive and sometimes harmful simplification and “standardization” of cultivation protocols. It had also debased a multi-skilled professional role: the agronomist.

Within this new approach to managing a complex biological system, the winemaker identifies himself as a very highly skilled craftsman. However, the sustainability of this business lies in the ability to be successful on the market. The great change is therefore based on taking on the role of entrepreneur, and this entails the use of tools for monitoring, analysing, supporting decisions, managing the production process, and generating product traceability data. The winery needs a systemic management of large amounts of data, to be used quickly and precisely in order to translate them into information. Digitalization starts from the ability to use excel spreadsheets, GIS, and CAD. These are taught today in our courses, helping to overcome this gap and opening the way to the use of applications (including the company management computer, the tablet on the tractor, the smartphones of those who work in the vineyard or in the cellar) to implement this “smart” process. This allows us to optimize every single phase of the production process, with the aim of creating “added values” in the business model that inspires the specific entrepreneurial mission.

In the framework outlined so far, the innovation producers, first and foremost our manufacturers of machines and devices for agricultural production, are asked to identify in detail what added value their products bring to the business model of the individual company (in our case, the winery). They can do so through their repositories of use cases, with media tutorials of best practices and correct management and configuration of the proposed machine or device.

For viticulture, some emerging technological aspects are worth outlining: soil management, mitigation of the effects of climate change, logistics optimization, automation, and robotics.

Today, for the enhancement of the soil resource, there are machines and devices that carry out crop operations that disturb the soil system only minimally, and that enhance the ancillary function of cover or green manuring crops. All this is based on a strong and growing attention to reducing soil compaction in a cultivation system that requires on average 20 passes per year, many of which in sub-optimal soil structural conditions.

In viticulture, which are decades-old crops, the enhancement of biodiversity and the fertility renewal has been lost through crop rotation. A new approach to managing biodiversity in tree crops considers the plant as a dual crop; the production crop and the annual herbaceous crop for the renewal and maintenance of fertility. It has now become customary to sow seed mixtures immediately after the harvest. These cover crops reduce erosion and capture the sun’s energy. In the development phase, they rebalance the vine’s vigour by competing, in the case of gras­ses, in those areas of the valley floor where run-off deposits accumulate, or acting as support, in case of legumes, in the run-off or poor soil areas. The dual tank seed drills are therefore important, offering the option to automatically vary both the type of mixture and the dose, based on digital prescription maps.

For the management of the developed cover crop (grassing) we have technologies that allow us to bury the plant mass (green manuring) or reduce it to a mulching layer with a variable length shredding, controlled by digital monitoring and automation devices and digital prescription maps.

The other technological segment of fundamental importance relates to treatments and the spraying of precious products such as nutrients and resistance inducers.

The need to ensure risk control against adverse factors, pathogens and parasites, which are increased by climate change, has to contend with the parallel need for pollution control and, in the case of copper, for the potential sterilization of the soil. Technologies such as widespread microclimatic control, together with decision-making support models, identify the appropriate time for treatment, also reducing the number of treatments by 20%. In addition, there are technologies that reduce spraying losses on the plant wall, such as variable rate automatic and sensitized sprayers and recovery technologies.

Also in the field of spraying treatments, the logistics and automation can reduce travel times, and therefore operational times and soil compaction. Digital navigation systems help to optimize the routes and, above all, avoid errors of missed or double treatments, monitoring the quantity of mixture used and left over, and identifying the optimal moment and position for refilling.

An increasingly widespread best practice consists in bringing near to the parcels a service unit such as a trailer with a tank, and perhaps an aided or automated mixing system. This allows farmers to enter the vineyards with lighter units, with a drastic reduction in compaction, fuel consumption, and emissions.

In this framework, the machines used in viticulture are evolving. They can now generate data relating to the set-up and operating conditions in order to optimize their operation and track the positive results, such as the correct and improved execution of the work in comparison with conventional practices. In addition, there is the digitalization of the management of operations, which helps give the site a location-specific intelligence, carrying out the treatment or delivery only where it is needed and in the most appropriate measure, based on precise digital maps prepared by the new professional role of digital agronomists.

This digital revolution will start not only from large investments. It will be a mental evolution in working methods, which will also develop with common tools such as smartphones and with the creation of territorial systems of skills and services. It will resemble the spread of tractors and machines, which needed local retailers, mechanics, tyre shops and up-to-date consultants.

Technologies and digital systems for viticulture 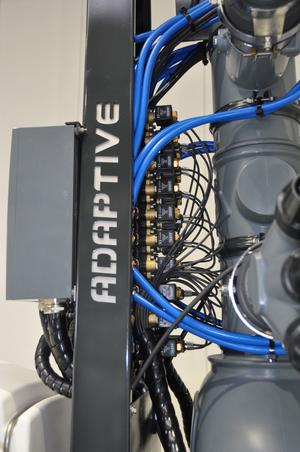 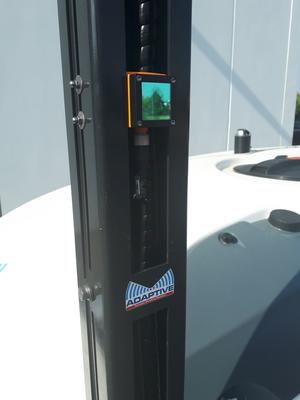 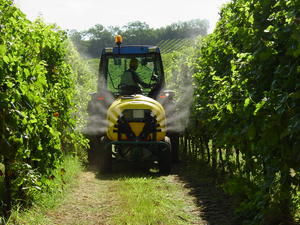 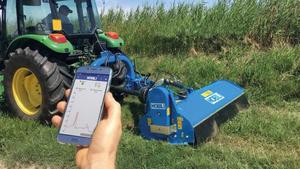