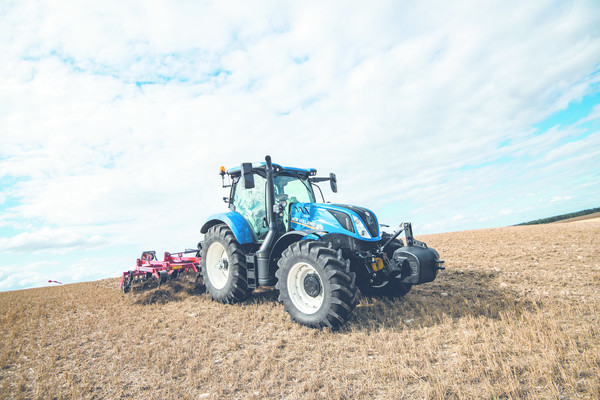 Range expansion for New Holland, which enriches its line of T6 multi-purpose tractors with a new 135 hp 6-cylinder model, the T6.160 Dynamic Command, already a finalist in the Tractor of the Year 2021.  "In the market segment covered by the T6, we have a great tradition, which began more than 30 years ago, when we launched the first compact 6-cylinder tractor, the 7810, which represented a real breakthrough", explains the Head of Global Product Marketing for the T6 Series, Benjamin Davies, presenting the new New Holland tractor. "The T6.160 Dynamic Command - continues Davies - builds on this heritage to offer farmers a compact, low-horsepower 6-cylinder Stage V tractor, which integrates technologies aimed at improving efficiency". For its part, the Dynamic Command 24x24 system offers all the advantages of the "Dual Clutch" system, presenting itself with an innovative design. Originally developed for the motor racing sector, in which it was immediately prized for its quick gear changes, the "Dual Clutch" on board the T6.160 Dynamic Command offers the maximum possible traction without loss of torque during gear changes, with minimum fuel consumption.

What makes the difference is above all the option for the operator to always select the most suitable gear for the type of application required of the tractor.

From this point of view, the flagship of the Dynamic Command 24x24 are the push-button gear changes (8 gears under load) and the 3 robotized range changes (also push-button).

The clutches, designed for quick and combined gear changes with a fully automated gearbox, always set the ideal gear, limiting the need for operator intervention.

The latest addition to New Holland is powered by a vigorous 6.7-litre 6-cylinder NEF engine that generates 135 nominal horsepower. However, the power unit of the new T6 also stands out for its traction capacity and stability with fluctuating loads.

The engine brake is also worth mentioning, efficient both downhill and in transport operations. The NEF engine complies with Stage V emissions regulations with a high-efficiency, maintenance-free SCR after-treatment system. The data transmission equipment of the new T6.160 Dynamic Command is also of the highest level, allowing the farmer to always remain connected to his tractor via MyPLMTM Connect.

Using a simple tablet-based user interface, the operator can send and receive data in real time.

He can also manage the data from the fleet and the farm in a single environment by uploading agronomic specifications directly from the farm data sheet (Farm), available free of charge within MYPLM Connect.

The platform is integrated into the MYNH portal, where you can register your machines, receive information and materials relating to the products, and request assistance, if necessary. Still on the subject of high-tech equipment, we should mention the automated functions of the new T6.160 Dynamic Command, such as Ground Speed Management II, which automatically maintains the speed set by the operator, thus reducing fuel consumption; the Smart Range Shift, which always engages the correct gear during a range change, avoiding any gear overlap from one range to the next; the SideWinderTM II armrest with fully integrated IntelliViewTM IV ultra-wide colour touchscreen and CommandGripTM multifunction lever, offering the highest levels of comfort and ease of use. The marketing of the T6.160 Dynamic Command - says New Holland - will start in the second half of 2021.

The news of the Holland Braud Grape Harvesters

CNH Concept, towards the circular economy 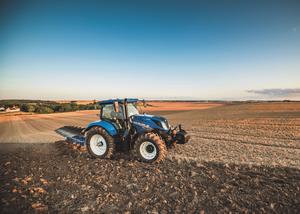 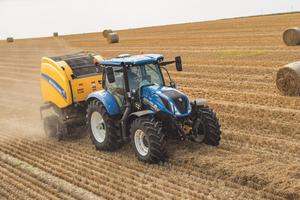