The world market for tractors drop by 3.2% in 2014, with greater declines in Europe (-8%) and particularly in France (-22%). Consequently Italian exports slow down, and production drops by 2%. Also in the first five months of 2015 FederUnacoma records an overall drop in exports (-3.7%), and significant improvements are not expected during the year 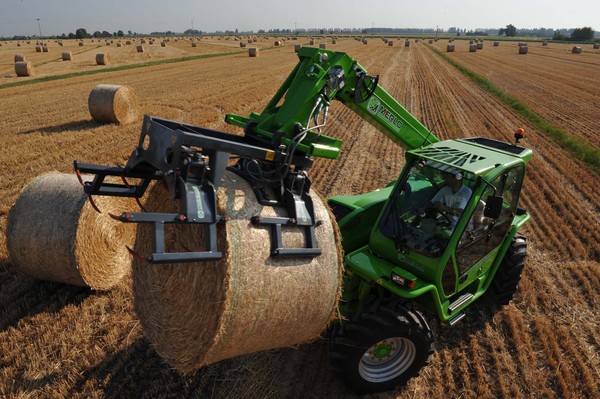 Brazil (-15%) and the Russian Federation (-7%) are down significantly, while the European community closes 2014 with a fall of 8%. Also in the first six months of 2015 global sales of tractors of greater than 30 Hp declined by 3% compared to the same half-year f the previous year, according to Agrievolution.

The contraction of the market, which analysts attribute to a general reduction in farm incomes that discouraged investment, has produced negative effects on the exports of Italian agricultural machinery. The sales performance of tractors in France (-22%), a country that is the absolute first market for Italian industries in the sector, had a deep effect on the national results. In 2014 Italian exports of tractors fell by 17% in France, as well as 25% in the US and 5% in Poland, so that the total number of machines exported stood at 53,000.

In terms of value, exports of Italian tractors in 2014 decreased by 8.2% (1 billion 416 million), a figure that was partially offset by the increase in incomplete tractors and spare parts, as well as other agricultural machinery, which show increases respectively of 5.2% (€ 563 million euros) and 3.4% (3 billion euros). The total exports of agricultural machinery amounted to 4 billion 978 million euros, which in percentage terms confirms last year’s result (+0.02). The forecast for the current year is not positive, also considering the exports data for the first five months of 2015, which according to ISTAT indicate a drop in value of 3.7% overall (-9.5% for tractors). The reduction of exports is reflected in the production, which for tractors will fall by 4.2% in total.

The domestic market is still in crisis. After 2014 closed with a fall of 4.4% for tractors, January-August 2015 recorded a considerable decline for all types of machinery subject to registration: -2.8% for tractors (12,548 machines sold against 12,915 in the same period 2014), -4.9% for trailers (6,180 against 6,500) and -27.9% for tractors with loading platforms (458 against 635). The only type of machine bucking the trend is combine harvesters, with an increase of 11.7% (276 units compared to 247 for the same period in 2014), but it refers to a rather limited and statistically insignificant number of units. In the critical context of the domestic market, the segment of equipment for gardening and lawn care offers some positive results. After the sharp drop linked to the international crisis, in recent years it has recorded a trend reversal, initially with a gradual reduction of the deficit and finally in 2014 with the return to a surplus of 7.6% over the previous year, with positive trends in terms of volumes sold for almost all product lines, and 2,9% in the first six months of 2015.