The sales figures for the first part of the year show a collapse in March, characterized by the slowdown in activities and then by the stoppage of production sites. Even with a reopening of the industrial plants, the second half of the year will remain conditioned by the reduction in the volumes produced and by the lower investment capacity of farms 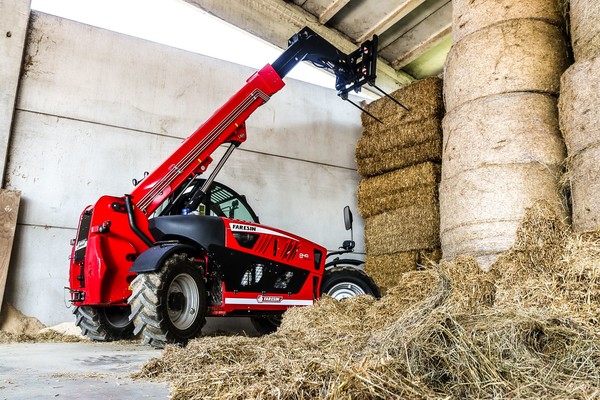 The agricultural machinery market pays the price of the health emergency, and in March and April it sees noticeable drops for tractors (-29%), in March combine harvesters dropped -12.5%, tractors with load platform
-21.1%, trailers -39.3% and agricultural telehandlers -10.5%. In March, there was a progressive slowdown in production (with the spontaneous closure for safety reasons of many agricultural machinery companies) which culminated in the total block of activity following the Ministerial Decree of 25 March. Furthermore, in some cases the stoppage of registration procedures at the Motor Vehicle Department offices, caused by the precautionary measures adopted by public organizations, also affected the March statistical data. In the statistics relating to the first quarter of the year - which the FederUnacoma Studies Office draws up on the basis of the data relating to registrations provided by the Ministry of Transport - the March figure is offset by those referring to the months of January and February, still not affected by the epidemic emergency. Regarding the average for the quarter, tractor registrations fell by 14.6%, trailer registrations by 17.4%, while there were positive results for tractors with loading platform (+2.6%) and telehandlers (+9.1%).
Unfortunately, the total block of production and marketing of machinery that characterized the first half of April will weigh on the results for the next quarter. Even in with the reopening of industrial sites - FederUnacoma notes - the volumes produced will be significantly reduced, due to the need to comply with the safety and prevention rules within the plants.
Consequently, the market will also have lower quantities of machinery, in a setting that will in any case see a lower spending capacity by farms due to the unfortunate situation.
The forecasts for the second quarter therefore indicate a continuation of the negative phase, hoping that the arrival of summer and the attenuation of the emergency may encourage a more robust recovery of activities in the sector.