World premiere at SIMA for the new REX Series 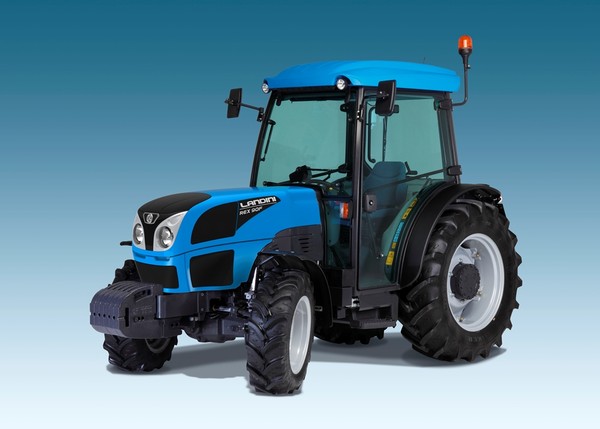 The Argo Tractors stand at the SIMA Show in Paris in February was the showcase for the presentation of the new Landini RES Series. The new design features of these specialized tractors begin with the restyling of the cab with the functional use of color aimed at creating a relaxing environment for the driver while allowing the main controls to be easily recognized. Also the hood was renewed with the use polymeric materials for superior strength and resistance to the traditional elements encountered in daily operation. Beyond the ergonomic and design components,  these Landini tractors contain the same technical solutions built into the previous F, G and GT Series equipped with 3- or 4-cylinder Perkins engines with maximum power ratings ranging from 68 Hp in the REX 70 version to 110 Hp for top-of-the-range “REX 120”. Two transmissions are available, with a basic version 3 ranges and 5 gears providing 15+15 speed ratios. The optional “PowerFive” transmission is built on the same architecture with the addition of an electro-hydraulic HI-LO that doubles the speeds available to 30+30. A De-Clutch button on “Power Reverse” transmission eases gear shifting.

A creeper, which provides up to 40+40 speed ratios by operating only on the two low ranges, is also available. Guaranteed efficiency thanks to the split hydraulic circuit with 100 l/min flow rate in the triple pump configuration, which supplies up to 6 control valves and the rear power lift wit 2,600 kg maximum lifting capacity or 3,250 kg for the GT version.

EIMA International an army of apostles 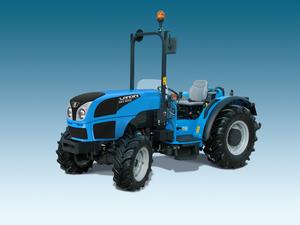