In a 2020 marked by the health emergency, tractor sales grew in all the main markets. India saw a new historical record (more than 800,000 units sold), while in China, medium and high-powered tractors are at the top. The USA is growing, Europe is struggling

India is flying, at an all-time high. The United States, Canada and Brazil are running. Japan collapsed, while Russia and Korea remained at the same levels as in 2019. Europe is in trouble, with only Germany growing. 2020, a year inevitably marked by the health emergency, provides a snapshot of a sector - the agricultural machinery sector - that has seen very different trends at global level, depending on the measures adopted to combat the pandemic and ensure the resilience and recovery of national economies.

However, there is one fact common to all the main markets. This is the strong growth trend recorded by tractors from the second half of the year. As a result of the easing of the restrictive measures imposed with the lockdowns last spring, this expansionary trend has allowed some countries, such as France and Italy, to recover part of the losses accumulated at the beginning of the year. Others, such as Germany, were able to move from a phase of decline to one of recovery, and still others (USA and Canada) consolidated a robust growth.

The market continued to grow in Q3 and Q4 (and continues to do so), despite the strong resurgence of the epidemic that forced many countries to hunker down again in the autumn. The resilience shown by the agricultural machinery sector on this occasion is due not only to the great dynamism of demand for foodstuffs, and therefore the need to increase production yields, but also to the resources mobilised by governments to support the primary sector. A case in point is the United States, which has put in place an aid plan worth no less than 37 billion dollars, the largest allocation since 2010.

With more than 802,000 tractors sold in 2020 (the reference is to the calendar year), India has set a new historical record, recording a robust +11% compared to the previous year. The boom in the Indian market," reads a report by the FICCI, an organisation representing India's Chambers of Commerce, "is taking place in a context characterised by increasing production yields for all the main crops and government policies to support agricultural incomes.

According to the FICCI, the strong acceleration in the tractor sector can also be explained by a phenomenon of 'return' migration from the cities to the countryside. Due to the health emergency, the Indian organisation writes, many workers have returned to rural areas and found employment in the agricultural sector.

Incentives for mechanisation, rising farm incomes and increasing productivity are the factors that characterised the agricultural machinery market in China in 2020. In China, as Camda (the Chinese Manufacturers' Association) reports, sales were concentrated on medium-high power tractors, which exceeded 466 thousand units, up 46.6% on the previous year. Meanwhile South Korea (+2%) remained essentially at the same level as in 2019, and Japan was at its lowest level since 2011 (just over 31 thousand tractors sold in 2020).

On the other hand, the market is lively in the United States, where demand for tractors will reach 288,000 units in 2020. In percentage terms, compared to 2019, the balance is positive by about 18 points. US demand for agricultural machinery was boosted by the $37 billion maxi-plan, launched as an anti-crisis measure. Also in the Americas, Canada (+11%) and Brazil (+7%) are expanding.

Europe in a gray area

Russia (-1%) deviated slightly from the 2019 figure, while Europe offered a diverse landscape. The "old continent" also saw a robust recovery in the second half of the year. However, while Germany managed to reverse the trend and return to profitability with a substantial +11%, France (-6%) and Italy (-3%) could only limit their losses, even though they recovered something from the heavy losses of the first months of the year. Not so Spain, which ended 2020 with a double-digit drop (-12%), against just over 10,400 vehicles sold (just over 12,100 in 2019). The United Kingdom also suffered a double-digit drop (-12%), going back 20 years to the levels of 2000.

The negative record of the British market is not only due to the health crisis and Brexit, but also to the uncertainties related to the new strategic-operational guidelines that Great Britain will have to establish in terms of agricultural policy, instead of the CAP.

Several elements of instability continue to weigh on the Turkish market. Inflationary pressures, critical issues in the supply chain, weak agricultural incomes, are - according to Turkish manufacturers gathered in Tarmakbir - the main threats that could undermine a further market recovery. Tarmakbir also stresses that these economic factors are compounded by a cultural one: Turkish farmers' unwillingness to use the latest technologies.

In 2021, the market will be dynamic but with the "unknown factor" of raw materials

The growth seen in the second half of 2020 should continue this year. Analysts' forecasts are positive for the whole of 2021, but - warn the manufacturers' associations - tensions over the prices of raw materials and the difficulties experienced in recent months in logistics and the supply chain could put the brakes on a sector that is showing great vitality. 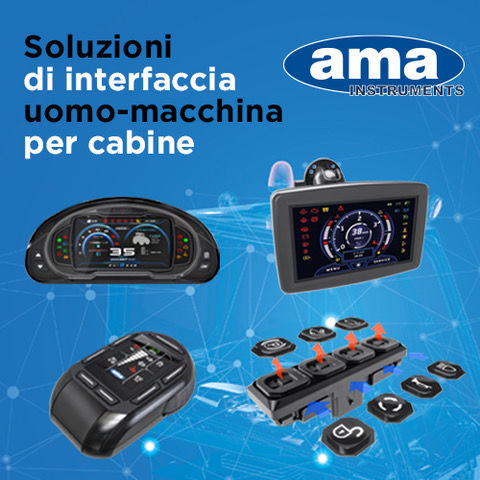