Back
Close Up
December 2020

Sales figures in the US, India, Germany and other countries indicate a sharp recovery after the crisis of last spring, but the new health emergency risks halting the sector. Registrations are recovering also in Italy, but production risks having a setback if the logistical and transport difficulties were to slow down exports 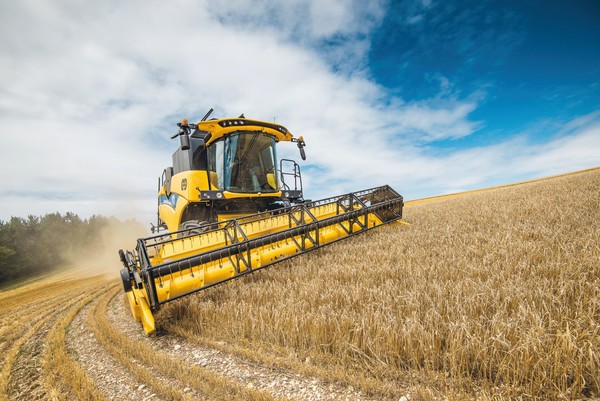 The new health emergency threatens to slow down the agricultural machinery market just as it was showing signs of recovery.
The data on the tractor registrations - illustrated by the President of FederUnacoma Alessandro Malavolti during the press conference for the presentation of the EDP review - indicate very consistent increases in the United States at the end of September (+14.7% at the rate of 219 thousand units), in India (+4.7% corresponding to 544 thousand units) and in Germany (+7.7% with 24 thousand units).

Positive trends were also recorded in Canada (+8.9% for approximately 19 thousand machines) and Russia with just under 18 thousand units, although this refers to the month of August (+0.7%).

The industry's recovery must be related to the overall stability of the agricultural sector - said Malavolti - which recorded a good performance during the year both in terms of production and prices.

FAO data indicates a 3% increase in food prices in October compared to September, and an overall growth of 6% considering the entire year from October 2019 to today. In particular, the price of grains is growing significantly, and production is also growing (despite the drop in production in Argentina, and the bad weather and climate conditions that have affected the sowing of winter wheat in Europe, North America, and the Black Sea region) which is estimated to reach a record level of 2,750 million tonnes (+1.6%) by the end of the year.

As explained during the conference, the resurgence of the epidemic could slow down the market, including the European one, which saw the confidence index of the manufacturing industries grow in October, according to the CEMA “Barometer” data.

A specific FederUnacoma - GRS survey on the expectations for the sector, carried out on a large sample of businesses including manufacturers, retailers and technicians, indicates that in October, 29% of companies expected an increase in turnover at the end of the year compared to 2019 results, and 32% of the sample expected a closing balance in line with the previous year's performance.

With specific reference to the Italian market, the data on registrations updated to October indicate a recovery compared to the sharp decline suffered in the first six months of the year.

In October, tractor registrations show an increase of 7.5% compared to the same month 2019, after the surge recorded in September (+20.7%), and yet the overall balance of the ten months is still negative (-10%).

Combine harvesters gained 8.3% in October while the final ten-month balance remained negative (-11%) and tractors with loading bed closed the ten months with a loss of 6.3%. Trailers fell slightly in October (-2.6%), marking a drop in the ten months of 15.5%, while telescopic handlers showed a better balance, recording a growth of 29.4% in October, resulting in a very small loss (-1.7%) for the ten months.

As regards production - explained Malavolti - the forecasts for the end of the year indicate relatively small drops: the production of tractors and agricultural machinery falls by 3.9% with a turnover of 7.6 billion, the production of components and parts decreases by 2.1% (2.7 billion), and green space machines drop by 2.6% (760 million euros).

In a year impacted by the production halt of last spring - the president of FederUnacoma concluded - these drops in production were largely foreseeable.

Less predictable - he concludes - are the effects that could arise from new restrictive measures, which would have the effect of slowing down not only production, but also product logistics and transport, particularly damaging to exports.