Back
Close Up
January - February 2020

In the third quarter of 2019, sales of tractors decrease in India, which confirms its place as the most important market worldwide, and especially in Turkey. They are increasing in Europe, the US and Russia. Negative forecasts for the agricultural machinery sector, which in the first six months of 2020 is expected to go through a generalized downward phase 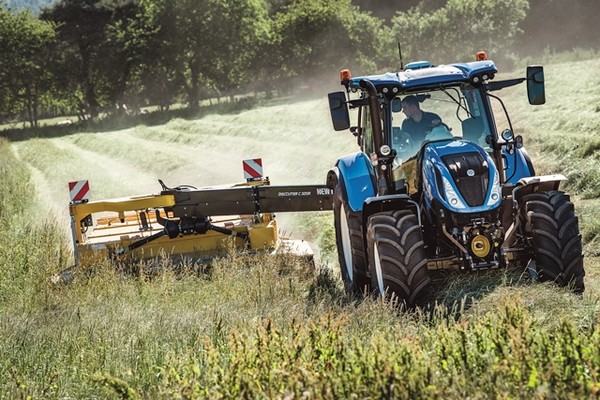 The global agricultural mechanization market closes the third quarter of 2019 with more shadows than lights. The tractor sector shows a spotty trend with some countries in strong contraction, such as India and Turkey, and others in growth including the US, Russia and the EU. The trend decidedly more negative in the agricultural machinery sector, where there is a generalized decline, as Agrievolution and Cema highlight.

Tractors: down turn in the Turkish market. Pause for reflection in the Indian one. The crisis on the Turkish market does not stop in 2019. On the contrary, the drop in sales becomes even more striking than in 2018, when the sales of tractors decreased by more than a third compared to 2017. According to data released by Agrievolution, the organization that brings together agricultural machinery manufacturers from the main countries, the third quarter of 2019 records a 35% reduction for Turkey. If the crisis in Turkey is explained by a mix of political and economic factors, not least the strong devaluation of the Turkish lira India's slowdown can be considered a physiological "pause for reflection" after three years of uninterrupted double-digit growth. On the other hand, in spite of the drop in 2019, the Indian sector remained at very high levels and confirmed itself as the driver of the world tractor market with more than 720 thousand units sold (data from TMA, the association of Indian manufacturers, referring to 12 months). On the other hand, the "Old World" is growing, driven by France (+21% in the third quarter of 2019), Spain (+8%), and to a lesser extent by Germany (+4%). According to Agrievolution, in the first nine months of the year achieved a significant 12%. Sales are also growing in Russia and Great Britain, while in Italy - explains the FederUnacoma manufacturers association - registrations in the final 2019 balance reached 18,579 units (+0.7%), stabilizing the market on the average level in recent years.

Agricultural machinery: pessimistic outlook for the global market. Moving from the tractor sector to that of agricultural machinery, the scenario changes drastically. As pointed out by the Agrievolution Business Barometer, a climate survey conducted every six months among the senior management of manufacturers around the world, production forecasts are marked by a generalized pessimism, with the sole exception of the US and Russian industries.

Turkey has a special situation; according to sector operators, the market has now reached its minimum levels and suggests a possible turnaround in the near future. If instead we consider the turnover expectations of the companies, the sentiment of operators for the first six months of 2020 is even more negative.

Except for the African continent countries, which should be essentially holding their levels, all other markets, from the Far East to Europe, are undergoing a contraction. The drop in turnover should also affect the North American and Eastern European markets, but in this case the forecasts of professionals are more nuanced. The Cema Business Barometer, the association that brings together European agricultural machinery manufacturers, also saw a drop in the first half of 2020, but in this case it is a survey that only concerns the European continent. According to Cema's climate analysis, the drop in turnover affects all market segments, but is felt above all in the field of soil tillage machines and in that of crop protection technologies. However, according to European manufacturers, the recession does not seem likely to last. In other words, it would be a "temporary repositioning" because the drop in the first six months of 2020 should be compensated by a greater dynamism in the second half of the year, which would allow European companies to eliminate losses. In short, according to Cema, we will have to wait a few more months for the "restart" of the European market.