Back
Close Up
January - February 2017

Agrilevante, technologies and policies for the Mediterranean agriculture

The 2017 edition of the international exhibition of machinery and equipment for agricultural supply chains scheduled from 12 to 15 October was presented in Bari. The cornerstones of the event will be a larger presence of foreign delegations organized by FederUnacoma in collaboration with the ICE Agency, a focus on the issue of agricultural development in the Mediterranean basin and Africa and an international forum to be held during the exhibition 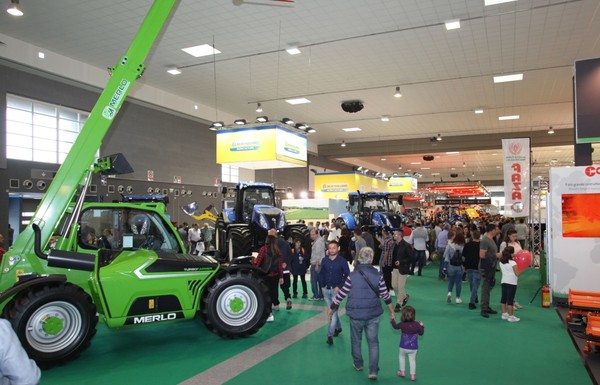 From 12 to 15 October at Bari Exhibition Center will take place Agrilevante, the exposition dedicated to machines, equipment and technologies for agricultural supply chains organized by FederUnacoma in collaboration with the trade fair organization of Puglia.

The biannual exhibition, which recorded in the last few editions an increasing number of exhibitors, visitors and foreign delegations, will confirm its leading position within the agricultural sector, in the wide geographical area including Mediterreanean Europe, Balkans, Middle East, Northern Africa but also Sub-Saharan Africa and several Asian regions.

This year’s edition – presented by the Councilor for Agriculture of Puglia Leonardo Di Gioia, the President of Fiera del Levante Antonella Bisceglia and the President of FederUnacoma Massimo Goldoni during a press conference held on February 16th in the new congress centre – should record an increase in the number of exhibitors (300 in the 2015 edition), while 27 official foreign delegations have already confirmed their presence by subscribing the programme of internationalization drawn up by FederUnacoma in collaboration with the ICE Agency.

The increasing interest shown by economic operators, the involvement of agricultural organizations, local bodies and institutions such as the University of Bari and Foggia and the IAM-Bari (Mediterranean Agronomic Institute), as well as the opening of a new section dedicated to machines for gardening and maintenance of green areas should determine an increase in the number of visitors, who already in the 2015 edition reached the record number of 58,400; 6,000 of whom came from abroad.

The exhibition – which is going to take place on a surface over 50.000 square meters – including also an outdoor area partly devoted to demonstrations of machinery for the treatment of biomass from agriculture and forests for energy purposes organized by Itabia (Italian Biomass Association) – displays a wide range of technologies necessary to all types of supply chains (in particular those related to viticulture, olive production, fruit and grain farming, and bioenergy production) and puts also the focus on political, economic and environmental issues.

Among the many initiatives on schedule (and presented during the press conference) a particular prominence will have the Forum on agricultural economy of the Mediterranean basin and Africa, involving international institutions, governments and embassies of many countries. The forum will provide a framework of current weaknesses and development opportunities for all the main countries, together with the Multifunctionality area (M.i.A.), dedicated this year to technologies and measures concerning spatial planning and territorial management, prevention of hydrogeological disruption and water regulation, forestry and coastal management and fire prevention.

”An exhibition such as that of Agrilevante – stated Massimo Goldoni – shall not be restricted to a wide range of technologies for agricultural productions of the Mediterranean basin and its neighbouring regions, but must put the focus on future models for the development of the different agricultural regions and provide forecasts for the machinery demand in the next years”.

”Agrilevante shall have – said also Goldoni – not only highly technological contents, but also a political vision: for this reason, the support provided by the Region and the presence of international institutions are extremely important”. 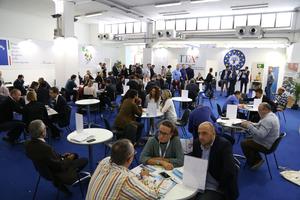