"The winning card" is the slogan chosen for the 2017 edition of the Umbrian exhibition, dedicated to agriculture, and scheduled between end of March and first days of April. Wide spaces devoted to agricultural machines and equipment. As from this edition, the Umbrian Trade Fair Center will also promote the Journalist Prize dedicated to Antonio Ricci, the event's historical cooperator, who recently passed away 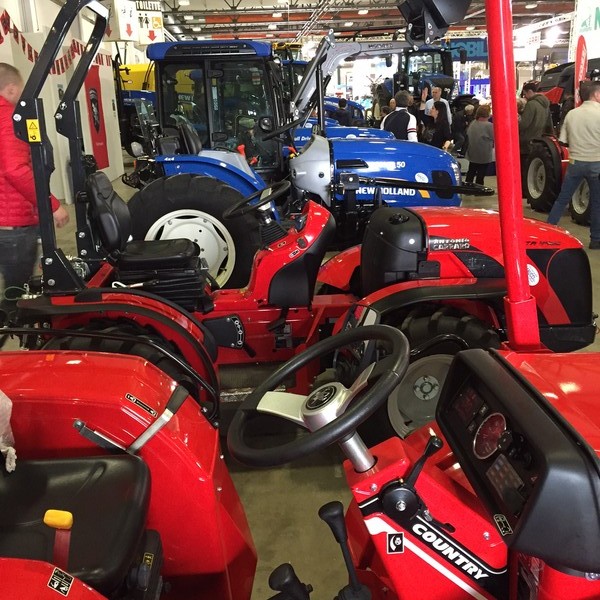 Press-conference to present the 49th edition of Agriumbria, scheduled in Bastia Umbria (Perugia) from March 31 to April 2, 2017. Valter Sirci, the commercial manager of UmbriaFiere, displayed to journalists and operators of the sector, the new elements and characteristics of one of the most important Italian agricultural trade fairs, held in spring, that since 1969 – the year of its creation – has recorded constant growth with regard to the amount of exhibitors (who were more than 500 in the 2016 edition), visitors and farms hosted.  Agriculture, food and livestock are the main characters of the exhibition, with dedicated halls such as Bancotec, Enotec, and Oleatec, all devoted to the agrofood and agro-industrial plant building, with businesses specialized in processing and storage of meat, milk, wine and oil. The exhibition sector dedicated to livestock will cover a rich program of both national and interregional expositions, with events and competitions dedicated to both Italian and foreign species and breeds, with the definite program still under definition. In the past edition, the presence of more than 600 cattle, pigs, sheeps and poultry charachterized the exhibition, which was also visited by students from all types of schools, from kindergartens to universities. Agriumbria also represents an important event for the update on machines and agricultural equipment, which will be on display in wide areas both inside and outside the trade fair center, covering a wide range of products for all types of processing operations. A rich and structured program of meetings and events hosted in Bastia will give the opportunity to farms, category associations and scientific world to open a debate on the main issues of the sector, with a specific attention to the several forms of sustainability in agriculture and a focus on regulations and correct behaviors in order to avoid food waiste. During Agriumbria 2017 will be communicated the names of the winners of the first edition of Journalist Prize Antonio Ricci – promoted by Umbria Fiere in cooperation with Perugia’s university of agricultural sciences – and dedicated to the event’s historical collaborator, passed away in past months. Agronomist and journalist himself, as well as expert of olive production, Antonio Ricci has always believed in the potential of the Umbrian exhibition and offered a precious contribution to its recent development over the last few decades. The prize includes two different sections, the first one for the journalist who is capable to tell and describe Italian agriculture as best as possible, and the second one for universities, with a prize assigned to the degree thesis centred on treatments of issues such as environmental and economic sustainability, as well as multifunctonality of Italian agriculture. “The winning card” is the leitmotif of Agriumbria 2017’s promotional campaign, in support of those decisions that allow farmers to distinguish themselves on market “through strengthening of supply chains’ system and concentrating on specific themes, such as multifunctionality and sustainability”. All this will find in Bastia’s exhibition the ideas and instruments available to develop a winning model of agricultural activities.