All is ready for the 112th edition of Fieragricola. An edition with many innovations, the increase of foreign delegations, the strengthening of animal husbandry, the section of drones. The participation of agricultural mechanization stands out with the presence of the most important brands of the sector 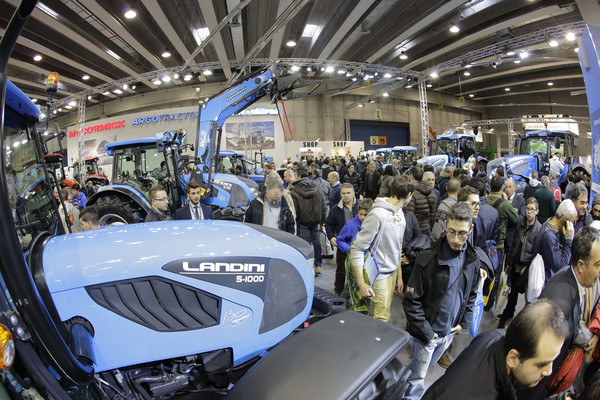 Fieragricola deals with the increase of the exhibition area and confirms that the 112th edition, scheduled in Verona from Wednesday 3 to Saturday 6 of February – organized by the fair organization of Veneto with the collaboration of FederUnacoma – hit the target: more technological innovation and internationalization with the focus on Africa, as well as the strengthening of animal husbandry – with the presence among others of Ireland as the guest country – and the introduction of drones as a category of goods on display, in response to the growing interest of agriculture towards precision systems, of which drones are an advanced tool.

The most important brands of agricultural machinery will take part to the event with your products.

For the Italian market it is to be hoped that in 2016 – also thanks to the Programmes of Rural Development, started in all Italian regions with a ceiling of some billion euros until 2020 – the  upward trend regarding the registration of tractors recorded by the end of 2015 can consistently grow: +1.4%, as a result of market acceleration in November (+37.8%) and December (+50.9%).

Visitors will be able to admire all the latest innovations for the needs of farmers and ranchers and observe them moving in the outdoor areas, with the presentation of the main features of each machine, thanks to the second edition of the Dynamic Show. Headlights will be focused in particular on the tools for precision agriculture (guidance systems, harvest maps, electronic software for computerization of data) but also on tools and equipment for seeding and minimal processing. Demo areas will be dedicated both to open field crops, vineyards and the reconstruction of rows. Next to heavy duty mechanics, Fie­ragricola will put on display (in Halls 4 and 5) isodiametric tractors as well as specific equipment and technologies for vineyards and orchards. These two sectors, characterizing the agro-industrial Made in Italy, will count not only on static exposition and dynamic tests, but also on a rich programme of conferences, courses, follow-up meetings as well as practical demonstrations of pruning. This international exhibition will focus the attention on the new technologies, as shown by “Premio Innovazione” (Prize for Innovation), at its debut in Verona. In the year of entry into force at full capacity of the Pan concerning the management and use of technical means and after its initial phase, Fieragricola will offer to its visitors not only a rich exhibition, but also a conference programme on chemistry and seeds (available on www.fieragricola.it), able to shed light on these issues and indicate a path towards a more efficient agriculture, able to produce more with less resources, by respecting the soil and the environment. This is the real challenge of the third Millennium. The Hall of professional management of green areas is also projected into the future (Hall 2) and is called to deal with one of the hot issues of our time, concerning the link between agriculture and green urban areas.

The conference part reflects the transversal nature of the event, with in-depth meetings on the main current issues, such as political and economic topics (Pac revision, access to credit and generational turnover) and the background of the event (with FederUnacoma’s press conference). The technical issues will examine the future of genomics (Fieragricola will host the Icar and Interbull world congress), the management of green areas, the new frontiers of sustainability and the use of technical means.

It is impossible to illustrate them all, and visiting www.fieragricola.it is the only effective way to identify topics, times, venues of meetings and workshops.

Among the innovations displayed at Fieragricola 2016, deserves attention the relaunch of renewable energy and in particular of livestock, supported by a roadshow that from September to January reached Sicily, Campania, Puglia and Calabria. Two rings will be dedicated to the exhibition of over 600 heads of cattle and to race comparison, with the exhibition of the National Brown Swiss and the 15th European Holstein Show, dedicated to the Fresian breed, with bovines coming from the main European countries: Austria, Belgium, France, Germany, Ireland, Holland, Spain and Switzerland. There will also be animals from the Aia-Italialleva selections: sheeps, goats, horses, beef and milk cattle.

Preceded by a strong interest from the operators, the association of heliciculture will also attend the event, representing a formula which is drawing a growing attention as an income source. The world congress of Icar and Interbull, dedicated to the genomics of milk cattle is scheduled from February 3 to 5.

In the halls dedicated to livestock, Fieragricola will host for the first time a foreign country: Ireland, one of the most dynamic agricultural economies (+7% in the third quarter of 2015, on a trend basis), present in Verona with important cattle breeds (Angus, Hereford, Blue Belgian, but also Charolaise, Limousine and French crossbreds) and with the Origin Green Project, lauched in June 2012 by the Irish Food Board, for the sustainability in the food&beverage sector at the national level.

Fieragricola, the international transversal exhibition, will be preceded this year by the special General Assembly for the 50 years of Eurasco, the European Federation of agricultural exhibition and show organisers.

This is also an effect of the increased optimism compared to the second half of 2014 and 2015 thanks to the Rural Development Programmes, which provide a budget for Italy – between the first and the second pillar of the Pac – of 57 billion euros until 2020. This is perhaps the effect of a 2015 with Italy as the main character at Expo (and Vinitaly as a partner of the Ministry of Agriculture for the Wine Pavillion), with a consequent relaunch of Italy and the Made in Italy. Fieragricola 2016 records a change of dates – from Wednesday to Saturday – in order to tune with all the great European livestock events.

The Vigneto & Frutteto area will host the debut of Enovitis as a part of the programme for promoting the innovation in viticulture developed by Unione Italiana Vini in collaboration with Veronafiere. 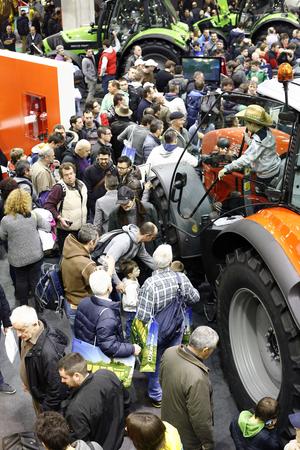 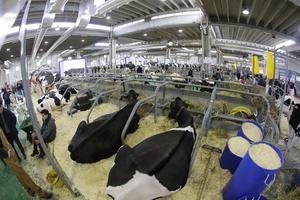 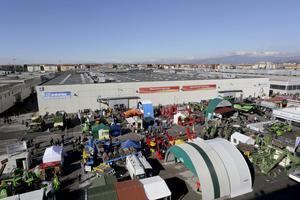