Range expansion for Honda GCVx series engines. The line of engines for applications that require a vertical shaft feeding system - lawn mowers, for example - becomes even richer thanks to the debut of the GCVxe 145/170/200 models. The jewel in the crown of the new engines signed by the Japanese company is represented by the “smart” starter system, which not only reduces the absorption of electrical energy needed to operate the machine, but “hibernates” the ion battery of lithium (it is waterproofed by rubber gaskets and protective connectors) during long periods of machine downtime, thus limiting energy dissipation. The battery’s capacity - the Japanese brand specifies with a technical note - is equal to twice that of a normal lead-acid battery and is higher than similar lithium-ion battery electric starter systems on the market. “The smart starter system guarantees in principle that the engine can be started at the first use without an initial recharge by the operator,” explains the manufacturer. The GCVxe model is equipped with an integrated charging coil and a neodymium magnet that automatically charge the battery while the engine is running, increasing and maintaining the battery level. The benefits for the user are obvious, as he does not have to resort to a regular external recharge. In cases where this is necessary, the operator can use the USB port of the engine with any USB charger. 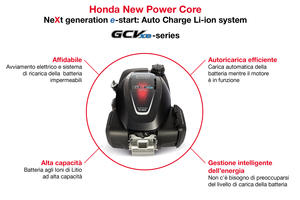 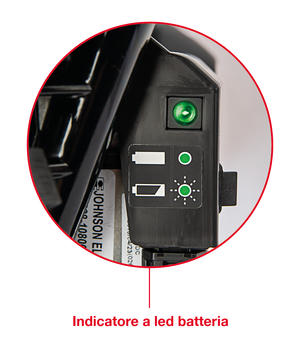 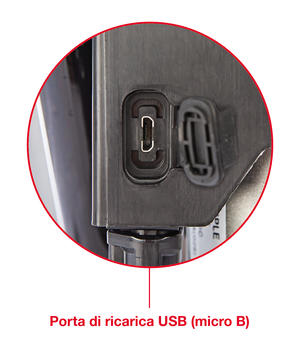