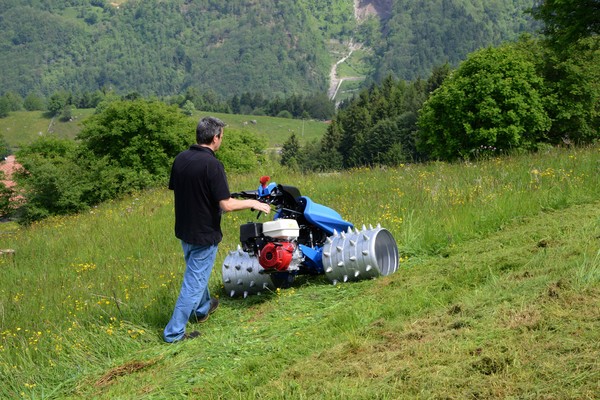 Since 1997, when the partnership between Honda and BCS began, the GX engines by the Japanese maker are one of the points of pride of the walking tractors by the Milanese brand. “Designed to be reliable and deliver top operational performance,” explains Moreno Gallo Cassarino, Assistant Sales Manager of Honda Engines, “the GX series has a high degree of flexibility in its use, since it can overcome even work situations on steep slopes”. These are engines suited to professional use, characterized by advanced construction solutions, such as OHV technology. This system - clarifies the manufacturer - enables the achievement of lasting performance over time, and the engine can be adapted to new anti-pollution standards as soon as they are updated by the EU authorities, as will be the case shortly with the Euro V regulations, whose entry into force is scheduled for 1st January 2019. However, versatility and efficiency are not the only benefits of the GX range, which also distinguishes itself for its significant fuel economy (“among the lowest in the category,” Honda assures), with a significant impact on the environment (lower emissions) and on operating costs. However, the real winning card of the partnership between Honda and BCS is represented by a work philosophy based on maximum design synergy. “The collaboration of our engineers with those of the BCS group starts from the design stage,” Cassarino adds, “so there is always a machine/engine combination, exploiting the features of both.” In short, the engines of the GX series are precisely tailored to the Lombardy company’s single axles. “Also for this reason, concludes Omodeo Vanone, Technical Director of the BCS Group’s single axle segment, “our walking tractors have established themselves on the market as high-tech working tools that offer high performance in the most diverse working conditions.”

BCS motor mowers, at the forefront of safety

The maximum reliability of the BCS motor