Mother Regulation, a directive that needs to be interpreted

interpreted One year from the launch of the new directive for the type-approval of agricultural machinery, an initial assessment can be made. The Mother Regulation required an intense effort of fine-tuning and clarification in the national and European institutions and to which FederUnacoma, the Association of Italian Manufacturers, has significantly contributed. Difficulties of application derived also from a number of substantial inaccuracies and false information that have raised critical issues even for companies in the phase of product adaptation 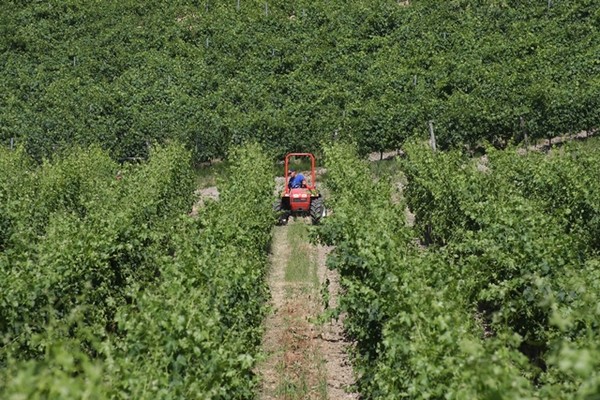 It is now a year since the Directive 167/2013, better known as Mother Regulation, has become the only regulatory reference for the type-approval of agricultural machinery in Europe. While for the tractor manufacturers the adaptation was an obligatory passage, the manufacturers of trailers and towed interchangeable agricultural machinery could (and still can) choose whether to go on making national type approval or new Mother Regulations. In a sector which has been overhauled by this regulatory change at all operational levels, there are also difficulties arising from false information that has been circulating. On the other hand, the practical impact concerning also the compatibility of the requisites required by the legislation for new machines, and the circulating fleet made of “old machines”, are indeed several, and they raise critical issues in the application of the regulation. The FederUnacoma technical service, for its part, at the request of other trade associations, has been willing to attend, on several occasions, training workshops concerning the technical aspects of the Mother Regulation in detail, and it has brought out many critical issues.

The issues have been duly reported to the Ministry of Transport, and they have led to the issuance of 4 Documents only in 2018 (most likely before the end of the year others will follow), which have made it possible to specify many previously unclear points.

On specifics, among the issues that were still outstanding there were many interpretative matters concerning the vehicles R (trailers) & S (interchangeable towed equipment), and this had created some confusion among the manufacturers, who did not have an unambiguous indication, they had several doubts on the road to follow during the type approval phase.

Luckily, the activity carried out in the EU has made it possible to solve most of the issues, and even without a written legislative indication (the mandate for the amendment of the delegated regulations was already practically expiring when the problem has emerged) it has led to interpretations shared at least by the EU industry (it is desirable also by the Member States shortly) that have significantly calmed things down. For instance, a lot of work has been done on definitions; the interpretative gap in the framework of a vehicle such as R (Trailer) or S (Interchangeable Towed Equipment) has been considerably reduced.

On this point, we underline how much Italy has been the undisputed leader, as the Document MIT reference no 134 of 1/4/2018 was so much important that the European industry has taken that as a reference and it has practically totally come into line with it.

In detail: sizes: some vehicle size requirements have been revised, tractors (T) and trailers (R) can now be approved with widths up to 3 m (the body of the tractor or trailer must still remain within the 2.55 m and the limit of 3 can only be reached with the tires); ROPS (Roll over protection structures): the facilitators for lifting the front and rear foldable ROPS of narrow tractors will now be mandatory, mounted on narrow-track tractors; braking: concerning braking, the deadline has been modified to fit the single hydraulic line on the tractor (either of the “French” or CUNA type), always and only in addition to the dual hydraulic/pneumatic line, which has slipped to 12/31/2024.

Also, on this topic the ABS knot was a major issue which was happily solved: the anti-lock device of the wheels will, in fact, be mandatory only on wheeled tractors with design speeds exceeding 60 km/h, on trailers and interchangeable towed equipment with mass exceeding 3500 kg and design speed exceeding 60 k/h; while it will remain optional for all the other vehicles.

Clearly, this result has been achieved by negotiating with the European legislator who has demanded for this concession, to include in the same document more stringent requirements on signaling and lighting devices for improving the visibility of the vehicles themselves.

ADR range, in accordance with the Mother Regulation 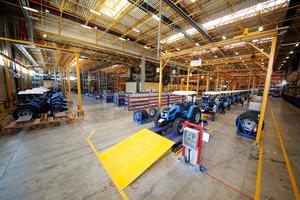