The European Union regulation 167/2013 for agricultural vehicles became operative January 1, 2016 for type-approval of agricultural vehicles, tractors, trailers and trailed implements with the aim of simplifying and clarifying all principal administrative and technical procedures. With the end of the current year the regulation becomes mandatory for manufacturers marketing and registering their machinery while the EU continues work on modifying and amending delegated contents on specific points 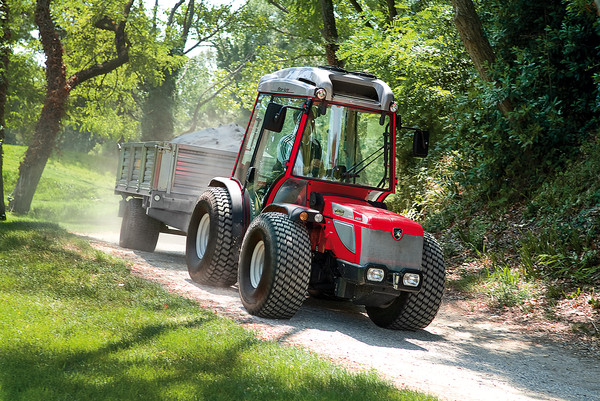 European Union Regulation 167/2013, given the name Mother Regulation, is the new regulatory reference for agricultural vehicles which covers in a single enlarged measure covering type-approval for tractors, trailers and all trailed implements. The regulation was completed with supplementary legislation and became operative January 1, 2016 for all new wheeled tractors. To enable manufacturers to gradually update their products to comply with technical requirements, the European Commission is providing a transition period during which they can gain type-approval in compliance with the previous Directives and with the new regulation by no later than December 31, 2017. This means that all wheeled agricultural tractors brought to market must conform to the new EU regulation. This act marks a fundamental legislative milestone by applying a single legislative act to a very broad inventory of machinery, from tractors of all types to trailers and trailed equipment while, on one hand, simultaneously ensuring continuity and uniformity by aiming for simplification and clarification and, on the other, guaranteeing a degree of independence by allowing a choice of EU type-approval and type-approval in the various Member States. The most important steps taken with the regulation regard safety and performance in relation to the environment. A great deal of work went into increasing safety, with a huge focus on brakes (handled in a Commission delegated act, RVBR — Reg. 68/2015), a huge focus on the location of the driver’s seat, driver comfort, controls and upgrading ergonomics. Another delegated act, REPPR — Reg. 96/2015, took up the environment performance which leads to new requirements in Reg. 1628/2016, on type-approval for international combustion engines for off-road vehicles amended a few months ago to tighten exhaust emissions requirements. Other delegated acts include RVCR — Reg. 1322/2014 containing various issues, some of which are RMI, ROPS, space for maneuvers, instruction manuals, batteries and others; RVSFR — Reg. 208/2015 on such equipment as lights, drawbar hitches, tires, EMC, interior and exterior fittings; RAR — Reg. 504/2015, covering administrative issues. Running parallel to the work of the EC amendments and modifications are ongoing activities within the delegated acts handling, where possible, further improvements in the format of the regulations. One of the most important issues on the agenda to be cited is ABS, anti-lock braking systems, for tractors with maximum speed of 40 to 60 km/h which, according to current legislation, will become mandatory in 2020.

All manufacturers and their representatives, maintain that this requirement would be a severe handicap and must be amended due to the ABS cost/benefit which would involve millions of euros in investments to boost tractor prices by € 5,000 for a virtually nil gain in safety.

The proposal of an amendment for removing mandatory ABS for tractors in the speed range of 40 to 60 km/h and maintaining the requirement for tractors with speeds of over 60 km/h will come up for discussion from May through September 2017 in the European Commission, which has the final say on the issue.

Another substantial matter is the RMI named above, Access to Repair and Maintenance Information for agricultural machinery, to be made public in a brief on O.J., the EN 16944 rule containing mandatory requirements (formerly harmonized in Reg. 167/2013) regarding RMI requirements implemented by manufacturers. Therefore, those months will be of great ferment and fervid activity for all the companies involved, which have to implement in their vehicles the new requirements of the regulation to arrive on January 1, 2018 with tractors ready for new type-approvals.

Mother Regulation, a directive that needs to be interpreted

ADR range, in accordance with the Mother Regulation 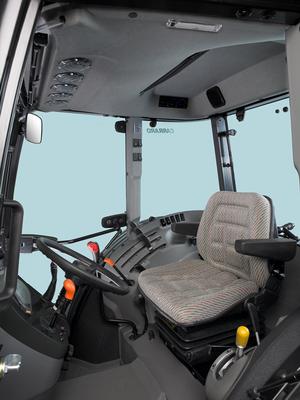