Technological innovations, planning of manufacturing method, new generation plant. These are the factors which have enabled Olimac near Cuneo to rise on the global market with high tech machinery for corn harvesting with exports accounting for 98% of the enterprise's sales 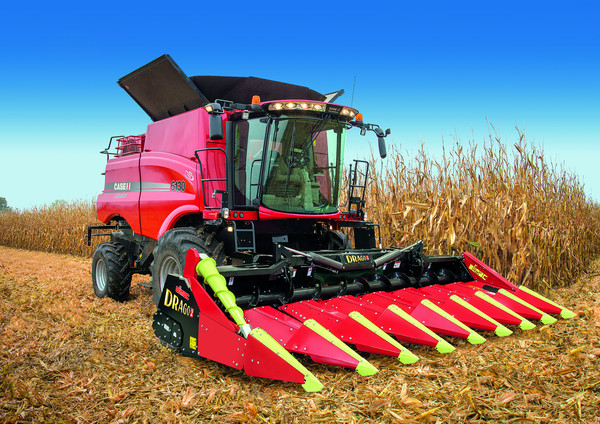 The establishment of the manufacturer Olimac, headquartered in Margarita, near Cuneo, is linked to the development of a solution for a corn harvesting system. In the early 1950s Emilio Olivero came up with a decisive contribution to the formation of the company with the idea of changing the design of the corn head by using a slightly concave shape in the form of an amphitheater to enable optimum operations on the crop.  In other words, this configuration would make it possible to separate the ears from the stalk and kernels leaving the stalks on the ground for windrowing. At the time, Olivero’s intuition was totally new and would have made corn yields much more profitable compared to inefficient harvesting methods waiting only to take shape. Emilio did not bring this about but his brother-in-law, Giuseppe Carboni, followed Emilio’s instructions and was able to transform the project (patented as an Integral Text) into a fully operative machine. Following those early years, Olimac was established by Giuseppe Carboni and his wife, Maria, with a clear course of management has been followed loyally ever since. The decision was to aim work exclusively on the field of corn, or maize, harvesting and give up product diversification. Also this intuition was a winner because the manufacturer was able to focus all their resources on a unique sector, continuously update the technologies for their machinery and offer avant-garde solutions. Pursuing this course with the Drago series of corn heads, which consolidated the manufacturer’s standing on global markets with 98% of production earmarked for export, Olimac embarked on a high tech range led by the Drago GT. This new corn head came away from the Fieragricola 2016 edition with a New Technologies prize. There are three models of the Drago, the Drago, Drago 2 and the above named Drago GT in fixed and folding versions for a number of rows from a minimum of four to the maximum of 24, all welcomed for their top level of technologies. These include self-adjusting deck plates and QuadSuspension™ that work to reduce ear “butt shelling,” a significant source of kernel yield loss at harvest, and deck plates what open automatically and simultaneously according to the differing sizes of the stalk.

This automation operates independently on each row and the operator need not make any adjustment. To report on the same issue of innovative content is the Drago GT equipped with a double stalk chopper with a scissors effect with four blades working on each row.

Two of them work on one side, the other on the opposite side, but with inverted rotation, like a scissors. In Olimac, technology is truly at home. Beginning with the organization of the manufacturing process everything is created with an innovative solution.

The 90,000 m² plant in Margarita itself is an avant-garde manufacturing site. To name only a few features, there is a latest generation in-house automation system for the management and computerization of the technologies and controlling the plant function; the warehouse is run by robots for the automatic movement of materials via a computerized system; a new concept painting system to ensure a lifespan for the product beyond the standard; four work centers on the same floor equipped with robotic lathes for the production of gearboxes, transmissions and adapters. Overall, all the manufacturing processes are performed with the high technologies in the Margarita plant and planned with great care because Olimac’s success on markets around the world is the result of the manufacturer’s severe construction criteria. 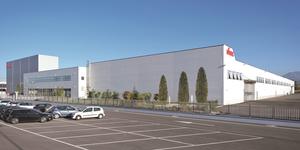 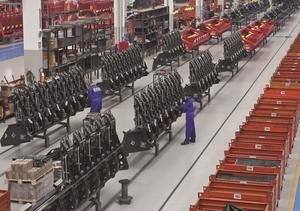 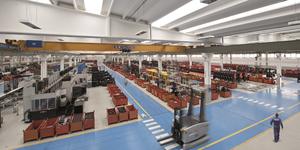