Machines capable of crushing wood residues by reducing them into small chips are essential for the energy sector because they make fuels easy to burn, as well as transportable and manageable. Many Italian companies are at the forefront of this sector, creating models with different powers and characteristics, suitable for the different wood species and for the various agricultural business models 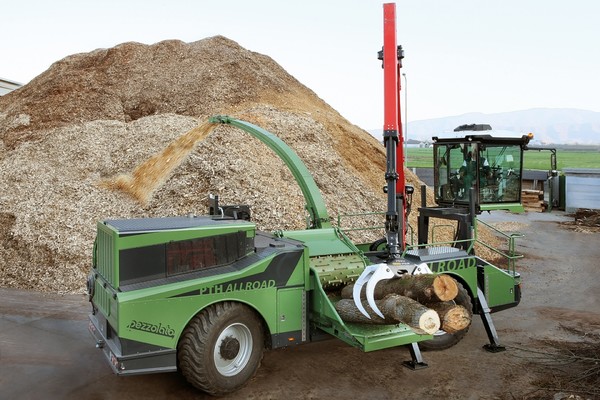 Renewable energy sources have been gaining significant favour in recent decades, also taking into account that, for the same energy produced, climate-altering gas emissions are considerably lower than those produced by fossil fuels. Moreover, the incentive mechanisms for the production of electricity from renewable sources have generally penalized wood biomasses, which will nevertheless be decisive for achieving the well-known EU objectives in terms of energy policy, since their role is twofold: on the one hand, they can contribute to satisfying the heating needs at a widespread level over the territory, while on the other they can still be exploited for supplying large thermochemical plants.

In this context, the role of chipping, i.e. the shredding of timber into chips, turns out to be decisive. Wood in this form makes the mass “fluid”, suitable for continuously and homogeneously feeding the combustion equipment. This is a notable step forward for woody biomass, which has historically been used in logs, that is, much bigger and difficult to be exploited from an energy point of view. In addition, the chipping enables an adequate exploitation of wood and/or low-quality by-products (pruning residues, branches and tops deriving from crop forestry, etc.). From waste material (with the associated disposal cost) it becomes a by-product that can generate income. In practice, using these residues can increase the yield by 15-20%, among other things, by recovering the biomass that otherwise, if left in the woods, could become a fire hazard. Recent estimates have shown that 50 to 60 t/ha of fresh biomass are produced in the ordinary logging of crop forests, i.e. almost 200 kg/m3 of residual biomass for commercial roundwood.

It is a machine that can chop woody material of various shapes and sizes into chips of roughly parallelepipedal shape, with a length ranging from 20 to 50 mm, a maximum width of 20 mm and a thickness of a few millimetres. The diameter of the source material can vary from a few centimetres up to almost one metre for high-capacity wood chippers. The power required for their operation varies depending on the size of the material to be shredded, as well as the wood species and its water content. Logically, productivity increases in proportion to the power of the machine and the size of the processed material.

In principle, moving parts and devices are installed on a supporting frame, as described below.

Feeding device: it generally has a pyramid trunk shape, with the function of conveying the manually loaded material (and in this case the biomass is fed into the cutting parts by gravity) or introduced with a crane or with special arms, to then be directed towards the chipping section thanks to one or more toothed rollers. In medium-large sized chippers, the feeding system is always equipped with a so-called “no-stress” device, which allows you to continuously modulate the feeding speed of the material according to the power required for its shredding, in order to safeguard the drive source in the event of overloads.

Expulsion system: this generally has the shape of a gooseneck or conveyor. In the first case, the wood chips are expelled due to the high speed transmitted by the chopping rotor or by special blades, and is the solution that obviously generates the greatest amount of dust.

In drum chippers, the biomass is pushed against a steel cylinder that rotates along its longitudinal axis and is equipped with blades (up to 24) positioned tangentially. Conversely, in disk chippers the shredding device is a disc equipped with 2-4 blades arranged radially. Furthermore, in “endless disk” chippers, the biomass chips are cut by their contact with a sharp spiral that rotates on a horizontal axis. In the case of blade chippers, an important aspect to consider relates to their replacement. Indicatively, the re-sharpening interval of the blade set can be estimated for a certain amount of wood, which can vary widely between 50 and 300 tonnes. The exact interval between two maintenance interventions is difficult to plan in advance, because it depends on the consistency of the processed material and above all on the presence of foreign elements (earth, stones and other inert materials).

The chippers can therefore be classified according to the power they require, which normally corresponds to the maximum diameter of the material they are able to shred.

In principle, those up to 50 kW work with wood up to a diameter of 200 mm, medium-sized models require 50-100 kW and chop material with a maximum diameter of 300 mm, while large chippers, which absorb more than 100 kW, process logs up to 900 mm in diameter. Conversely, if we consider the power source for the drive, we can distinguish chippers driven by an external source (for example the PTO of a tractor) and carried with the three-point hitch or towed with the hook, or self-propelled models (with dedicated electric or internal combustion engines) operating either at a fixed point or on a lorry.

A look at the market

The landscape of Italian chipper manufacturers includes companies that cover all market segments, plus some more specialized ones in niche sectors. Pezzolato of Envie (CN) produces both medium to small disk models, with productivity ranging from 3-4 m3/h (max material Ø of 110 mm) to 20-25 m3/h (max Ø of 250 mm), as well as drum chippers of 15-300 m3/h, with max Ø up to 900 mm. Similarly, the range offered by Gandini of Guidizzolo (MN) is based on models with a productivity of a few m3/h, for hobby and semi-professional use, up to machines of 60-120 m3/h for chipping timber with diameters exceeding 500 mm.

One of the most prestigious companies is Peruzzo of Curtarolo (PD) for small and medium chippers up to 40-60 m3/h, while for smaller models, it is worth mentioning Caravaggi of Pontoglio (BS), Negri of Campitello di Marcaria (MN), Sicma of Miglianico (CH) and Zanon of Campodarsego (PD).

Negri's solutions for the treatment of vegetable residues 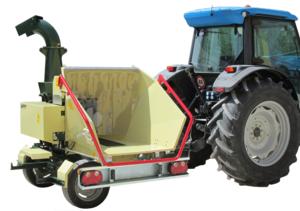 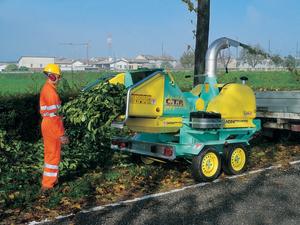